Lambda has gained massive popularity over the past few years. It has various use cases, from running simple scripts to gluing flows and processes within a serverless architecture or when running microservices.

Still, if you've just started working in a new environment or organisation, you might feel cautious about using it because it's complex to configure.

This is fair with any new technology you're getting ready to start using, and being careful is a sign of good business sense.

An argument you might often hear is that lambda might slow down your operation because of cold starts.

This is also a common topic in technical interviews, so it's worth digging a bit deeper if you're keeping an eye on that next dream cloud engineering position.

In this article, we'll talk about one way that can help enhance the performance of your Lambda functions.

But let's start first with an overview of what happens when you execute a Lambda function, touching on cold starts.

How is a Lambda Function Executed?

When your Lambda function is triggered, the Lambda service runs the code in an "Execution Environment" with three phases: Init, Invoke and Shutdown. 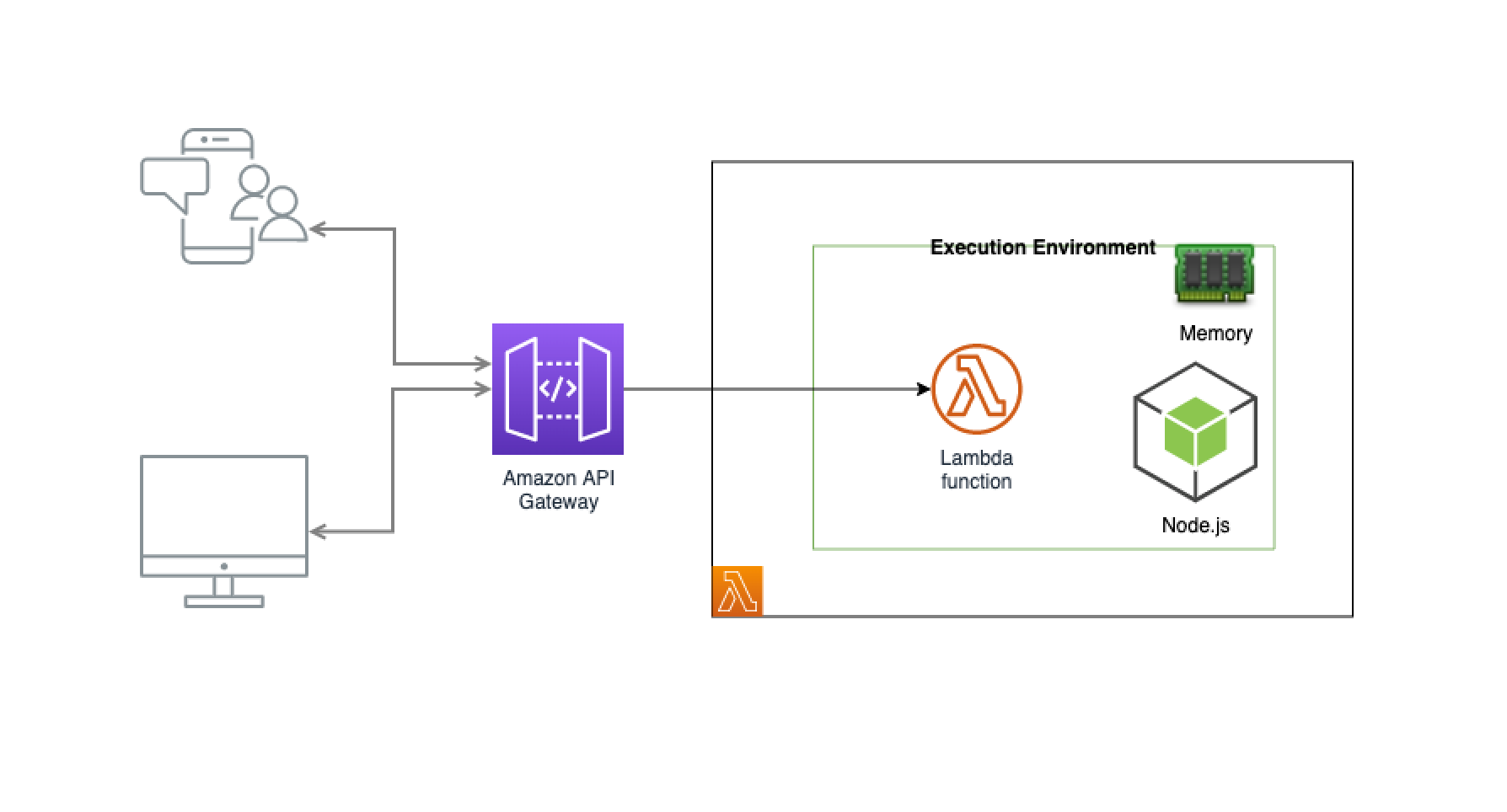 There could be multiple Invocations between an Init phase and a Shutdown phase if the Lambda got triggered a bunch of times in a row in a fairly short period of time (this time is not precisely determined in the Lambda docs).

This means that if multiple consecutive executions of the Lambda happened in a short timeframe, the Lambda service would leverage the first created execution environment to run the following invokation. That is, it would only call the handler function with every new call to the Lambda without having to create a new execution environment and without having to run the code that's outside the handler function.

The Init phase happens only once upon the first execution, and we can visualise it as two parts (both of them run once per execution):

From the AWS docs, this picture provides a proper visualisation of the 3 phases:

The Function INIT (the last block of the INIT phase) will run only once, along with the first two blocks that form the cold start.

That's a perfect way to leverage the initialisation code to run the reusable code and save time re-running this code every time with every invocation.

Assume we have a Lambda function that's interacting with a DynamoDB to retrieve a set of items (please keep in mind that this code is for demo purposes only, so it's not the cleanest you'll see).

In the previous snippet, the initialisation code is the following:

It will run once upon first execution and won't run in the following executions if they happen in a short time – that is, the subsequent executions happened before the Shutdown phase was reached.

Awesome, now we're ready for the demo. In this section, we will build the infrastructure and test the performance of the Lambda.

As this tutorial aims to demonstrate how to enhance the performance of our Lambda, we won't be putting much focus on the infrastructure as code.

Follow these steps to build and deploy your app:

Open the AWS console and validate that both DynamoDB and Lambda got created correctly (I am using the ap-southeast-2 region in this example).

First, navigate to your Lambda function in the AWS console and click the Test button to run your code. You will get a result similar to the following:

Notice the following in the last line:

The Init Duration is the duration to run the code outside the Lambda handler – that's the code requiring the DynamoDB SDK.

The Duration is the duration of running the code inside your Lambda handler – instantiating DynamoDB passing the "ap-southeast-2" region and scanning the table.

Notice the last line – it does NOT contain an Init Duration. If your result included an Init Duration, it means the execution environment was shutdown before you clicked the Test button again. In this case, click it another time.

So in the second execution, we saved the Init Duration. It's a hint to optimise our function and add more common code outside the Lambda handler. How can we do that?

In the above snippet, I moved the instantiation of DynamoDB outside of the handler, along with the params object.

What other tips do you have on optimising your Lambda performance? Share them with me on Twitter or LinkedIn

I am a software engineer passionate about the DevOps ways of working. I enjoy building end to end solutions with Javascript (React & Node) and AWS services. Quality comes first.