Many applications we use everyday would be useless without a good search engine at their core. For example, on Amazon, you can find a particular product among the more than 550 million products available on the site in a matter of a few seconds — all thanks to a fulltext search combined with category filters, facets, and a recommendation system.

On Airbnb, you can search for an apartment by combining a geospatial search with filters on house characteristics, like dimension, price, available dates, and so on.

And Spotify, Netflix, Ebay, Youtube…all of them rely heavily on a search engine.

In this article, I will describe how to develop a Ruby on Rails 5 API backend with Elasticsearch. According to DB Engines Ranking, Elasticsearch is currently the most popular open source search platform.

This article will not go into the details of Elasticsearch and how it compares to its competitors like Sphinx and Solr. Instead, it will be a step-by-step guide on how to implement a JSON API Backend with Ruby on Rails and Elasticsearch, using a Test Driven Development approach.

This article will cover:

As in my previous article, How to boost your performance with serverless architecture, I will cover everything in a step-by-step tutorial. Then you can try it out yourself and have a simple working example on which to build something more complex.

The example application will be a Movie search engine. It will have a single JSON API endpoint that allows you to make a fulltext search on Movie titles and overviews.

Elasticsearch is a distributed, RESTful search and analytics engine capable of solving a growing number of use cases. As the heart of the Elastic Stack, it centrally stores your data so you can discover the expected and uncover the unexpected. — www.elastic.co/products/elasticsearch

According to DB-Engines’ Ranking of Search Engines, Elasticsearch is by far the most popular search engine platform today (as of April 2018). And it has been since the end of 2015, when Amazon announced the launch of AWS Elasticsearch Service, a way to start an Elasticsearch cluster from the AWS Management console.

Elasticsearch is opensource. You can download your preferred version from their website and run it wherever you want. While I suggest using the AWS Elasticsearch Service for production environments, I prefer having Elasticsearch running on my local machine for testing and developing.

Let’s begin by downloading the (currently) most recent Elasticsearch Version (6.2.3) and unzip it. Open a terminal and run

Alternatively, you can download Elasticsearch from your browser here and unzip it with your preferred program.

We are going to build a backend application with Ruby on Rails 5 API. It will have one model that represents Movies. Elasticsearch will index it, and that will be searchable through an API endpoint.

First of all, let’s create a new rails application. In the same folder you downloaded Elasticsearch before, run the command for generating a new rails app. If you are new to Ruby on Rails, please refer to this starting guide to setup your environment first.

When using the “api” option, all the middleware used primarily for browser applications is not included. Exactly what we want. Read more about it directly on the ruby on rails guide.

Now let’s add all the Gems we will need. Open your Gemfile and add the following code:

We are adding two Elasticsearch Gems that will provide all necessary methods to index our model and run search queries on it. rspec, rspec-rails, database_cleaner, and elasticsearch-extensions are used for testing.

After saving your Gemfile, run bundle install to install all added Gems.

This command will create a spec folder and add spec_helper.rb and rails_helper.rb to it. They can be used to customize rspec to your application needs.

In this case, we will add a DatabaseCleaner block to rails_helper.rb so that each each test will run in an empty database. Moreover we will modify spec_helper.rb in order to start an Elasticsearch test server each time the test suite is started, and shut it down again once the test suite has finished.

This solution is based on Rowan Oulton’s article Testing Elasticsearch in Rails. Many claps for him!

Let’s start with DatabaseCleaner. Inside spec/rails_helper.rb add the following code:

Next, let’s think about the Elasticsearch test server setup. We need to add some configuration files so that Rails knows where to find our Elasticsearch executable. It will also tell it on which port we want it to run, based on the current environment. To do so, add a new configuration yaml to your config folder:

If you did not create the rails application in the same folder where you downloaded Elasticsearch, or if you are using a different version of Elasticsearch, you will need to adjust the es_bin path here.

Now add a new file to your initializers folder that will read from the configuration we just added:

We have defined four blocks:

I find that this setup works great when you run all your tests once, for example before a deploy. On the other hand, if you’re using a test driven development approach and you run your tests very often, then you will probably need to modify this configuration slightly. You do not want to start and stop your Elasticsearch test server at each test run.

In this case, you could comment out the after(:suite) block where the Test Server is stopped. You can shut it down manually, or using a script, whenever you don’t need it anymore.

Now we start implementing our Movie Model with search capabilities. We use a Test Driven Development approach. This means that we write tests first, see them fail, and then write code to make them pass.

First we need to add the movie model which has four attributes: a title (String), an overview (Text), an image_url(String), and an average vote value (Float).

Now it’s time to add Elasticsearch to our model. Let’s write a test that checks that our model is indexed.

Run the test to see it fail.

The first time you run this test, you should see that the Elasticsearch Test Server is starting. The test fails, because we didn’t add any Elasticsearch module to our Movie model. Let’s fix that now. Open the model and add the following Elasticsearch to include:

This will add some Elasticsearch methods to our Movie model, like the missing __elasticsearch__ method (which generated the error in the previous test run) and the search method we will use later.

Run the test again and see it pass.

Great. We have an indexed movie model.

By default, Elasticsearch::Model will setup an index with all attributes of the model, automatically inferring their types. Usually this is not what we want. We are now going customize the model index so that it has the following behavior:

We also want our index to be updated each time a Movie is added, updated, or deleted.

Let’s translate this into tests by adding the following code to movie_spec.rb

We create a Movie before each test, because we configured DatabaseCleaner so that each test is isolated. Movie.__elasticsearch__.refresh_index! is needed to be sure that the new movie record is immediately available for search.

As before, run the test and see it fail.

Seems that our movie is not being indexed. That’s because we didn’t yet tell our model what to do when the movie data changes. Thankfully, this can be fixed by adding another module to our Movie model:

With Elasticsearch::Model::Callbacks, whenever a movie is added, modified, or deleted, its document on Elasticsearch is also updated.

Ok. Now the problem is that our search method also returns queries that match on the attributes vote_average and image_url. To fix that we need to configure the Elasticsearch index mapping. So we need to tell Elasticsearch specifically which model attributes to index.

Run the test again and see it pass.

Cool. Now let’s add a stemmer so that there is no difference between “actor” and “actors.” As always, we will first write the test and see it fail.

Note that we are testing both ways: Holidays should return also Holiday, and Film should also return Films.

To make these tests pass again, we need to modify the index mapping. We’ll do that this time by adding an English analyzer to both fields:

Run your tests again to see them pass.

Elasticsearch is a very powerful search platform, and we could add a lot of functionalities to our search method. But this is not within the scope of this article. So we will stop here and move on to building the controller part of the JSON API through which the search method is accessed.

The Search API we are building should allow users to make a fulltext search on the Movies Table. Our API has a single endpoint defined as follows:

Here we are defining our endpoint according to some best practices RESTful API Design:

As always, we begin with failing tests. Inside the spec folder, we will create the folder structure that reflects our API endpoint URL structure. This means controllers →api →v1 →movies_spec.rb

You can do this manually or from your terminal running:

The tests we are going to write here are controller tests. They do not need to check the search logic defined in the model. Instead we will test three things:

Let’s transform this into code. Inside spec/controllers/api/v1/movies_spec.rb add the following code:

The test will immediately fail because Api::V1::MoviesController is not defined, so let’s do that first. Create the folder structure as before and add the movies controller.

It’s time to run our test and see it fail.

All tests fail because we still need to add a route for the endpoint. Inside config/routes.rb add the following code:

Rerun your tests and see what happens.

The first error tells us we need to add a call to Movie.search inside our controller. The second one complains about the response. Let’s add the missing code to the movies_controller:

Run the test and see if we are done.

Yup. That’s all. We have completed a really basic backend application that allows users to search a model through API.

You can find the complete code on my GitHub repo here. You can populate your Movie table with some data by running rails db:seed so that you can see the application in action. This will import circa 45k Movies from a Dataset downloaded from Kaggle. Take a look at the Readme for more details.

If you enjoyed this article, please share it on social media. Thank you! 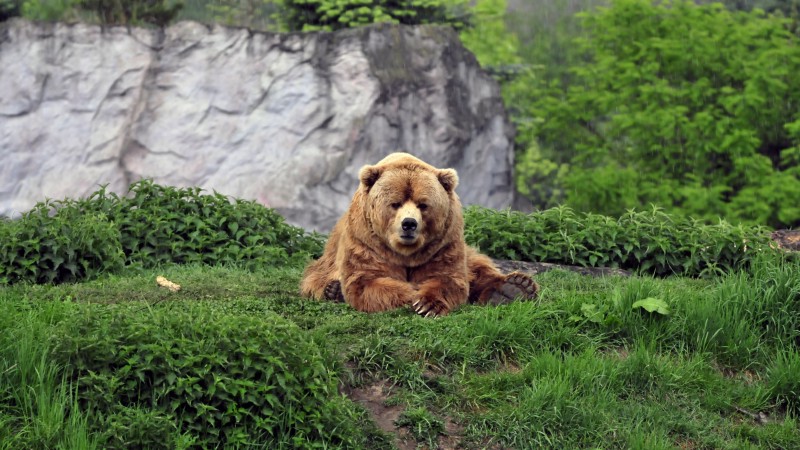 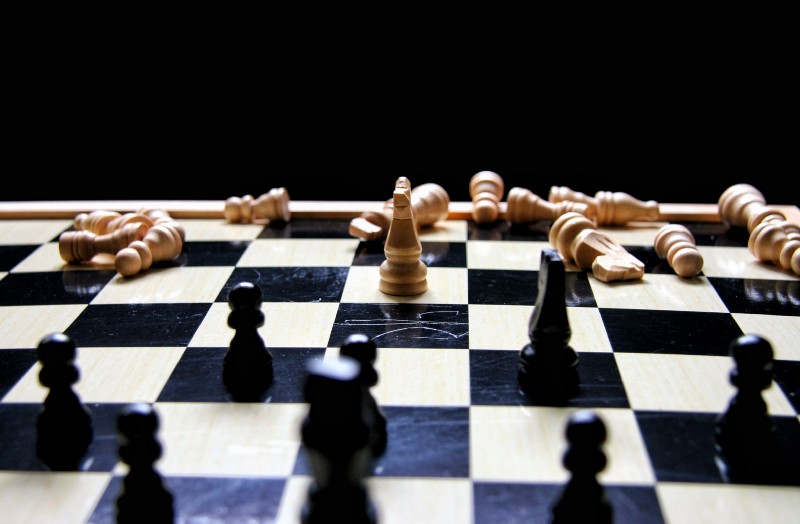