How to model the behavior of Redux apps using statecharts

Our app, whether we like it or not, will be in a particular state at any given point in time. As we code User Interfaces (UI), we describe these states using data (a Redux store for instance), but we never give each state a formal name.

More importantly, there are events that should not be triggered when in a particular state.

It turns out that this idea of describing states and the events that transition from one state into another is a well studied concept. Statecharts, for instance, provide a visual formalism for describing the behavior of reactive applications, such as user interfaces.

In this article, I will discuss how the behavior of Redux apps can be decoupled from components, containers, or middlewares — places where we usually keep such logic — and can be contained and described entirely using a statechart. This allows for much easier refactoring and visualization of our application’s behavior.

Redux is quite simple. We have a UI component that triggers an event. We then dispatch an action when this event occurs. A reducer uses this action to update the store. Finally, our component feeds directly from the updates to the store:

This is pretty much all there is to Redux.

To introduce statecharts, instead of mapping our event directly to the updating action, we map it to a generic action that doesn’t update any data (no reducer handles it):

No reducer handles CLICKED_PLUS so instead we let a statechart handle it:

The statechart will handle the events it receives similar to the way a reducer would, but only if it’s in a state that allows for such an event to happen. Events in this context are Redux actions that don’t update the store.

In the above-mentioned example, we start off by being in the Init state. When the CLICKED_PLUS event occurs, we transition to the Increment state which has an onEntry field. This makes the statechart dispatch anINCREMENT action — this time handled by a reducer, which updates the store.

You might be asking, why did we decouple the container from knowing about the update? We did it so that all of the behavior concerning when the update needs to occur is contained within the statechart JSON structure. Which means it can also be visualized:

This can lead to improvements in the behavior of our app by simply changing the JSON description of the statechart. Let’s improve our design by grouping the twoCLICKED_PLUS transitions into one, using the concept of hierarchical states:

To make this happen, we only had to change our statechart definition. Our UI components and reducers remain untouched.

Let’s imagine that when a <FetchDataButton /> is clicked we want to start an HTTP request. Here’s how we would currently do it in Redux without statecharts:

Then we would probably have an epic to handle such action. Below we are using redux-observable, but redux-saga or redux-thunk can be used as well:

Even though we decoupled the container from the side-effect (the container is simply telling the epic “hey, the fetch data button was clicked”), we still have the problem that the HTTP request is triggered no matter the state we’re in.

What if we’re in a state where FETCH_DATA_CLICKED should not trigger an HTTP request?

This case can easily be handled by statecharts. When FETCH_DATA_CLICKED happens, we transition to a FetchingData state. Only when entering this state (onEntry) does the FETCH_DATA_REQUEST action get dispatched:

Then we change our epic to react based on the newly added FETCH_DATA_REQUEST action instead:

This way the request will be triggered only when we’re in the FetchingData state.

Again, by doing so, we pushed all of the behavior inside the JSON statechart, making refactoring easy and allowing us to visualize something that would’ve otherwise remained hidden in code:

An interesting property of this particular design is that when we exit the FetchingData state, the FETCH_DATA_CANCEL action is dispatched. We can dispatch actions not only when entering states, but also when exiting them. As defined in our epic, this will cause the HTTP request to abort.

It’s important to note that I added this particular HTTP-abort behavior only after looking at the resulting statechart visualization. By simply glancing at the diagram, it was apparent that the HTTP request should’ve been cleaned up when exiting FetchingData. This might have not been so apparent without such visual representation.

By now, we can gather the intuition that statecharts control our store updates. We learn which side-effects need to happen and when they need to happen, based on the current state we’re in.

The main insight here is that our reducers and epics will always react based on the output actions of our statechart, rather than our UI.

In fact a statechart can be implemented as a stateful event-emitter: you tell it what happened (trigger an event), and, by remembering the last state you were in, it tells you what to do (actions).

As UI developers, our job is to bring static images to life. This process has several problems:

Statecharts help solve these problems by providing a strict visual formalism of the behavior of our app. Drawing a statechart allows us to have a high-level understanding of our app which lets us answer questions using visual clues.

All the states of an app are explored during this process and events are explicitly labelled, allowing us to predict what is going to happen after any given event.

Furthermore, a statechart can be constructed directly from designers’ mockups, allowing non-engineers to also understand what is happening without having to dig into actual code.

As a concrete example of this, I’ve built redux-statecharts, a Redux middleware that can be used as shown in the earlier examples. It uses the xstate library — a pure function for transitioning a statechart.

If you’d like to learn more about statecharts, here is a great resource: https://statecharts.github.io/

Also check out my presentation on the subject: Are statecharts the next big UI paradigm? 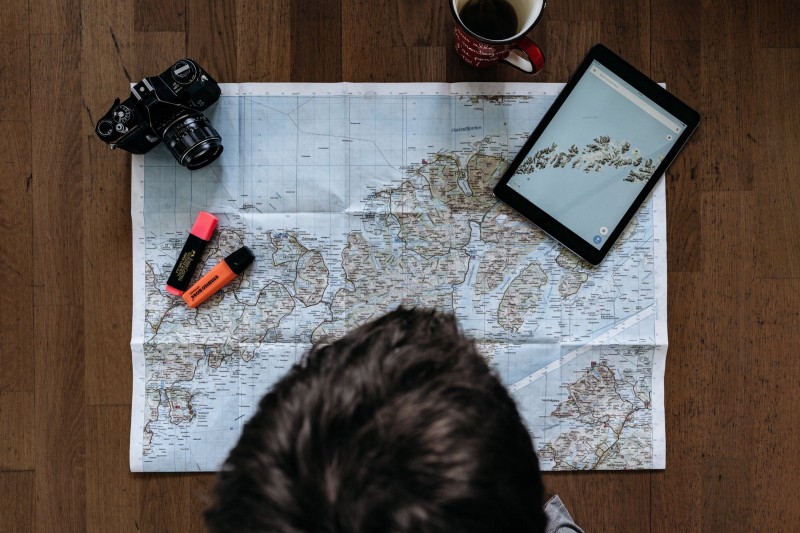