As I discussed in the previous article on hot future tech, artificial intelligence (AI), augmented reality (AR/VR), blockchain, and the Internet of Things (IoT) might seem a long way off from mainstream adoption.

Movies like Ready Player One and Avengers: Infinity Wars only perpetuate this perception by mixing real technologies with fantasy, making the tech we wield in the real world seem primitive in the process.

AI, AR/VR, blockchain, and IoT are already playing an important role in our everyday lives, with countless examples hiding in plain sight.

In Part One of our series, we explored how Artificial Intelligence (AI) is already deeply integrated into apps we use every day. In this article, we’ll dive into Augmented Reality (AR).

What is Augmented Reality?

Not to be confused with virtual reality (VR), which is 100% driven by computer generated images, augmented reality (AR) is a technology that combines computer-generated visuals with a user’s live view of the real world, resulting in a composite view.

For the most part, AR today is meant to be experienced through the lenses of devices like smartphones. (Microsoft’s attempt to evangelize head-worn AR, or what it calls “mixed reality”, is gaining traction in some areas but can still be considered niche.)

Modern smartphones come equipped with everything you need to enjoy an engaging AR experience:

There is a massive business opportunity tied to the fact that all the hardware needed to experience meaningful AR applications today can be found inside any modern smartphone.

It can be challenging to spend your hard-earned cash on furniture you’ve never actually laid eyes on in person. And, even if you have seen a piece of furniture in person, questions remain that might prevent you from pulling the trigger on a purchase.

How will it look with my coffee table and side tables? Is it too traditional for my living room? Will that color look tacky against the floral wall paper and shag carpet?

Likewise, with fashion ecommerce, how do you know whether that designer jacket will actually look good on you without taking it into a fitting room and seeing whether it jives with the jeans and boots you’re wearing?

This is where AR comes in.

Companies like Amazon, IKEA, and Target have already added AR functionality to their mobile apps, allowing you to “place” virtual objects into your environment to preview how they might actually look in your home or office. You can place a virtual vase onto your actual coffee table (thanks to plane detection), or “push” a virtual wardrobe against your bedroom wall without breaking a sweat.

In fashion, Michael Kors will be using a Facebook AR-based ad campaign to provide users with a simple way to “try on” sunglasses and other fashion merchandise before they buy.

Ecommerce companies that allow shoppers to try out merchandise with AR believe that doing so will provide a significant lift in conversion rates — and consequently will help grow sales revenues.

Even beyond the conversion-focused world of ecommerce, businesses are finding that augmented reality can be the perfect way to attract and engage potential customers.

Facebook has also begun testing AR-based advertising with select clients (including Michael Kors, mentioned previously,) and is expected to make AR ad campaigns available to a wider audience of advertisers later in 2018. Early results are promising. ASUS reported that its AR-based test campaign saw 10x the engagement of its non-AR counterpart.

Beyond these platforms, CPG companies are creating standalone AR experiences to bring life to food or beverage products, for no other reason than to increase customer engagement and create a buzz. Patrón, the Mexican tequila company, launched an AR app last year that lets you plant your own agave field, from which a distillery and bartender emerge to tell you everything you’ve ever wanted to know about creating Patrón tequila.

For companies planning a new product launch or corporate event, adding an AR experience can help dial up both audience engagement and the resulting media coverage.

AR in Industrial and Medical Procedures

Even if you’re not an industrial technician or a medical surgeon, you can probably appreciate the complexities inherent to these professions. One false move, and lives could be at stake.

Thanks to AR, things are becoming a whole lot easier for these professionals.

Energy giant BP has begun using AR to help technicians in the field perform equipment maintenance. With the new technology, BP engineers wear AR headsets that transmit a live video feed to a remote expert, who can diagnose issues and then place relevant instructions and diagrams onto the field technician’s visual field (via the AR headset) in real time. This keeps the technician’s hands free to perform the necessary repairs.

Similar use cases are being developed in the medical field, where AR headsets can provide real time and hands-free information on surgical procedures and vital health information without having to look away from the patient.

It’s been two years since Pokemon Go first grabbed the world with its killer combination of geolocation and AR-based exploration, allowing every man, woman, and child to live out their Pokemon trainer fantasies in the real world.

Pokemon Go’s massive popularity (with nearly $2 billion in revenue to date) has piqued plenty of interest and funding in AR gaming.

Jurassic World: Alive launched earlier this year and doesn’t diverge very far from the location-based and collections-oriented gameplay made popular by Pokemon Go.

Admittedly, one major weakness of today’s AR games is that the AR component is often non-essential to the core gameplay.

Newly-released Walking Dead: Our World is an “AR-optional” game — and one in which the vast majority of users appear to skip the AR mode altogether (partly because it’s not essential to progress in the game, but also because the AR mode seems to struggle with plane detection.)

Even Pokemon Go — which has an excellent AR experience — is AR-optional. You can catch Pokemon without firing up the AR mode, though finding a rare Pokemon sitting on your laundry machine is MUCH more enjoyable.

Some of these limitations are inherent to the software development kits (SDK) the applications are built on. Apple’s ARKit and Google’s ARCore SDKs determine the ceiling for today’s mobile AR experiences on iOS and Android devices, respectively.

Both companies appear to be committed to enhancing support for richer AR experiences, though.

For example, consider this Apple demo of an AR game built on ARKit 2 , in which multiple players are able to interact with the SAME virtual objects in a “shared experience.” This mechanic opens up a universe of possibilities when it comes to multiplayer AR games.

Why AR will Gain Mainstream Adoption Faster than VR

This low barrier to entry stands in stark contrast to virtual reality (VR).

For VR to work, users must own a virtual reality headset, which enables users to see the virtual world while blocking out all traces of the real world. VR headsets are typically purchased separately from the computers or phones that run the VR applications. While low end VR experiences can be had using a smartphone slapped into an inexpensive, VR headset (like the $15 Google Cardboard), the more immersive and believable VR experiences (on Oculus Rift and HTC Vive, for example) require modern gaming computers and headsets that can cost upwards of $1,500 in total.

The other edge AR has over VR is its versatility.

AR apps are designed for a wide variety of real world use cases. And, because you maintain visibility of your actual surroundings when using AR, safety is not much of an issue — at least no more than when you’re playing Candy Crush or catching up on your Instagram feed.

VR, on the other hand, is best enjoyed in a room without other people, tethered to devices like a desktop computer and motion sensors. This limits VR’s usefulness, relegating VR to use cases around gaming, entertainment, and complex commercial or governmental simulations (for aviation or military training, for example).

“I’m incredibly excited by AR because I can see uses for it everywhere. I can see uses for it in education, in consumers, in entertainment, in sports. I can see it in every business that I know anything about. I also like the fact that [AR] doesn’t isolate. I don’t like our products being used a lot. I like our products amplifying us. And I think AR can help amplify the human connection. I’ve never been a fan of VR like that because I think it does the opposite. There are clearly some cool niche-y kind of things for VR. But it’s not profound in my view. AR is profound.”

AR’s Accessibility is Profound, Too

From the consumer perspective (demand side), anyone with a modern smartphone can download AR-enabled applications and begin to enjoy the benefits of augmented reality.

From the business side (supply side), creating an AR experience is as easy as partnering with a reputable software company with AR/VR development capabilities.

The hardest part, as it often is with emerging technologies, is taking the initial plunge. 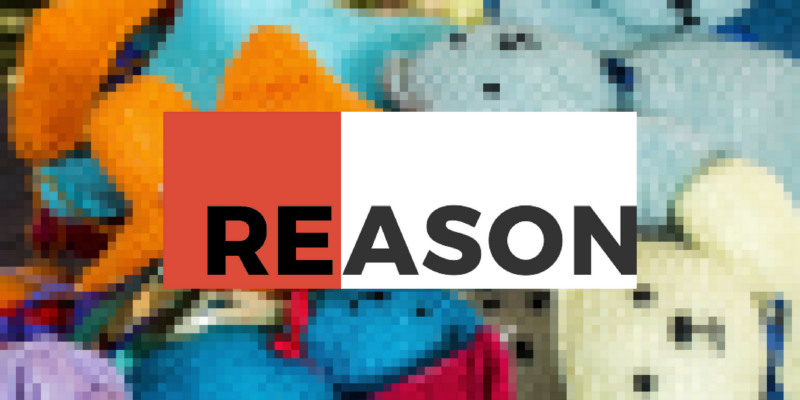 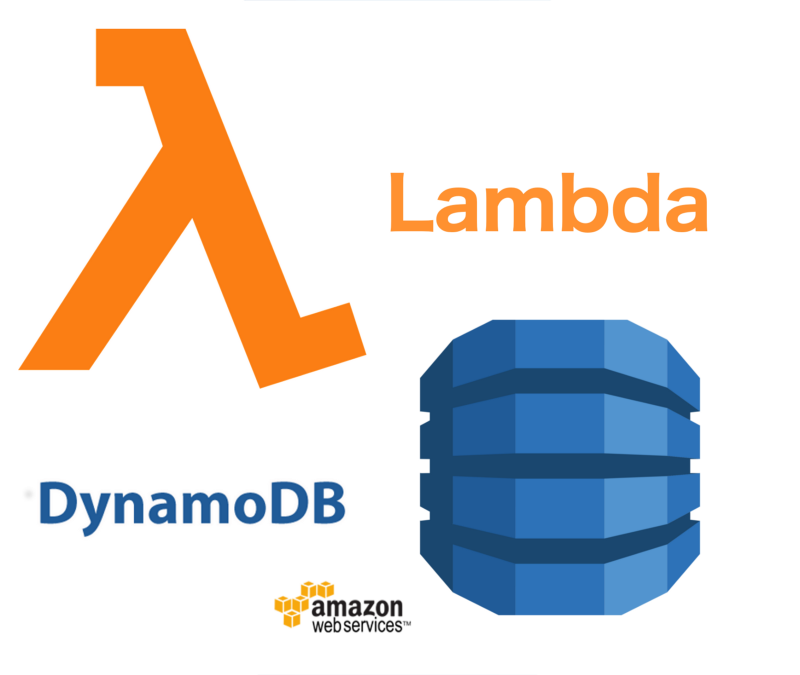