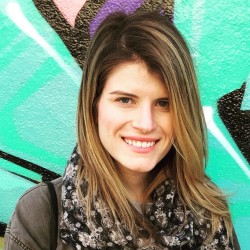 Technology jobs are primarily the domain of men.

Although there has been a push to promote women in tech over the last few years, there still seems to be a divide, with men outnumbering women at all of the major tech companies — usually hovering at or below a 70/30 split.

As the creator of a website that helps people teach themselves coding skills—and a woman—I decided to dig a little deeper into my readership.

Of course, there are biases in the data. The survey was not scientific. As all answers were self-submitted, they are, from a technical standpoint, unverifiable.

Below are 9 things I discovered from the survey.

More women were between 25–34 years old, though the 25–34 group is the largest one for both genders.

Men essentially outnumbered women in every age group, except 25–34 years old. About half of the women who took the survey were between 25–34 years old. Coincidentally, or maybe not, that’s the age group I am in.

In fact, almost half of the women who took the survey said they spent five hours or less learning every week.

When looking at the people who said they spend over 20 hours every week learning:

Insight #3: The women learning 20+ hours a week are more educated (and older).

Who were these small minority of women (16) that were spending over 20 hours a week learning?

The 30 men, on the other hand, who were learning for 20 hours or more every week:

*Less educated could also be due to the fact that many of these men are younger.

Insight #4: When it comes to struggles, there’s not much of a difference.

“Finding time” and “maintaining motivation” were the top answers for both genders, though they were chosen by a slight majority of women.

Men were more likely to cite “maintaining interest” as a struggle (12.5% to their female counterparts’ 7.5%).

Insight #5: A lot of women are from the US

This is likely not representative of the worldwide statistics for women in tech careers, however. Case in point: this article by Forbes reports that other countries are outpacing the U.S. in tech careers/education.

Almost half of both genders chose web development as their ideal career. The other choices were more markedly split, with women favoring UX/UI and design, and men gravitating toward software engineering and mobile development.

Insight #7: Women have been teaching themselves for a shorter period of time compared to men.

That said, Quincy Larson told me that on Free Code Camp, women tend to stay for longer sessions than the men.

This could mean that even though women have been learning for less time in the macro sense, they are learning more in the day-to-day.

Or that women are more engaged overall.

I have also found that women tend to stay on my site longer than men.

A majority of both genders chose “full-time employment” as their ideal scenario. For women, that was followed up by freelancing (38.8%), then founding a small business/startup (14.2%).

Nonetheless, when looking at the graph above, you can’t help but notice the huge difference between men and women that want to create businesses or startups.

Over 60% of men surveyed used Windows as their preferred OS; only 27.3% chose Mac. Women, meanwhile, were almost equal: 47.5% used Windows and 48.8% chose Mac. The increased popularity of Mac with the female respondents could be correlated with the women’s greater interest in design-related careers. (It’s pretty commonly accepted that Macs are better for doing design work.)

Considering the hundreds of thousands of people learning to code, ~500 is a relatively small sampling — so make of this what you will.

It’s also worth noting that Alexa (a web analytics company) features the demographics of major learn to code sites, including Udacity, Code School, Codecademy, and Treehouse, and shows that women were underrepresented there.

My larger-than-average female audience may be attributable to the fact that I am female myself, and thus have increased exposure among female coders — and thus have a higher “relatability” factor. Or it may be something else entirely. Either way, I’m pleased to see that the information I publish appeals more equally across genders.

Whether or not these data are evidence of a larger trend, there’s one thing they illustrate for sure: men and women are teaching themselves how to code.

Note: all data in this article has been derived from a recent Learn to Code With Me survey. Download the full report here, which includes all of the raw data. #GeekOut