Kaggle recently gave data scientists the ability to add a GPU to Kernels (Kaggle’s cloud-based hosted notebook platform). I knew this would be the perfect opportunity for me to learn how to build and train more computationally intensive models.

With Kaggle Learn, Keras documentation, and cool natural language data from freeCodeCamp I had everything I needed to advance from random forests to recurrent neural networks.

In this blog post, I’ll show you how I used text from freeCodeCamp’s Gitter chat logs dataset published on Kaggle Datasets to train an LSTM network which generates novel text output.

You can find all of my reproducible code in this Python notebook kernel.

Now that you can use GPUs in Kernels — Kaggle’s, cloud-based hosted notebook platform— with 6 hours of run time, you can train much more computationally intensive models than ever before on Kaggle.

I’ll use a GPU to train the model in this notebook. (You can request a GPU for your session by clicking on the “Settings” tab from a kernel editor.)

I’ll use text from one of the channel’s most prolific user ids as the training data. There are two parts to this notebook:

You can follow along by simply reading the notebook or you can fork it (click “Fork notebook”) and run the cells yourself to learn what each part is doing interactively. By the end, you’ll learn how to format text data as input to a character-level LSTM model implemented in Keras and in turn use the model’s character-level predictions to generate novel sequences of text.

Before I get into the code, what is an LSTM (“Long Short-Term Memory”) network anyway?

In this tutorial, we’ll take a hands-on approach to implementing this flavor of recurrent neural network especially equipped to handle longer distance dependencies (including ones you get with language) in Keras, a deep learning framework.

If you want to review more of the theoretical underpinnings, I recommend that you check out this excellent blog post, Understanding LSTM Networks by Christopher Olah.

In part one, I’ll first read in the data and try to explore it enough to give you a sense of what we’re working with. One of my frustrations with following non-interactive tutorials (such as static code shared on GitHub) is that it’s often hard to know how the data you want to work with differs from the code sample. You have to download it and compare it locally which is a pain.

The two nice things about following this tutorial using Kernels is that a) I’ll try to give you glimpses into the data at every significant step; and 2) you can always fork this notebook and ?boom? you’ve got a copy of my environment, data, Docker image, and all with no downloads or installs necessary whatsoever. Especially if you have experience installing CUDA to use GPUs for deep learning, you’ll appreciate how wonderful it is to have an environment already setup for you.

Read in the data

In my plot below, you can see the number of posts from the top ten most active chat participants by their user id in freeCodeCamp’s Gitter:

I see words and phrases like “documentation”, “pair coding”, “BASH”, “Bootstrap”, “CSS”, etc. And I can only assume the sentence starting “With all of the various frameworks…” is referring to JavaScript. Yep, sounds like they’re on-topic as far as freeCodeCamp goes. So we’ll expect our novel sentences to look roughly like this if we’re successful.

Right now we have a dataframe with columns corresponding to user ids and message text where each row corresponds to a single message sent. This is pretty far from the 3D shape the input layer of our LSTM network requires: model.add(LSTM(batch_size, input_shape=(time_steps, features))) where batch_size is the number of sequences in each sample (can be one or more), time_steps is the size of observations in each sample, and features is the number of possible observable features (i.e., characters in our case).

So how do we get from a dataframe to sequence data in the correct shape? I’ll break it into three steps:

Subset the data to form a corpus

In the next two cells, we’ll grab only messages from 55a7c9e08a7b72f55c3f991e ('fromUser.id' == '55a7c9e08a7b72f55c3f991e') to subset the data and collapse the vector of strings into a single string. Since we don't care if our model generates text with correct capitalization, we use tolower(). This gives the model one less dimension to learn.

I’m also just going to use the first 20% of the data as a sample since we don’t need more than that to generate halfway decent text. You can try forking this kernel and experimenting with more (or less) data if you want.

The rest of the code used here is adapated from this example script, originally written by François Chollet (author of Keras and Kaggler), to prepare the data in the correct format for training an LSTM. Since we’re training a character-level model, we relate unique characters (such as “a”, “b”, “c”, …) to numeric indices in the cell below. If you rerun this code yourself by clicking “Fork Notebook” you can print out all of the characters used.

This next cell step gives us an array, sentences, made up of maxlen (40) character sequences chunked in steps of 3 characters from our corpus user, and next_chars, an array of single characters from user at i + maxlen for each i. I've printed out the first 10 strings in the array so you can see we're chunking the corpus into partially overlapping, equal length "sentences."

The next cell will take a few seconds to run if you’re following along interactively in the kernel. We’re creating a sparse boolean tensors x and y encoding character-level features from sentences and next_chars to use as inputs to the model we train. The shape we end up with will be: input_shape=(maxlen, len(chars)) where maxlen is 40 and len(chars) is the number of features (i.e., unique count of characters from our corpus).

In part two, we do the actual model training and text generation. We’ve explored the data and reshaped it correctly so we that we can use it as an input to our LSTM model. There are two sections to this part:

Let’s start by reading in our libraries. I’m using Keras which is a popular and easy-to-use interface to a TensorFlow backend. Read more about why to use Keras as a deep learning framework here. Below you can see the models, layers, optimizers, and callbacks we’ll be using.

In the cell below, we define the model. We start with a sequential model and add an LSTM as an input layer. The shape we define for our input is identical to our data by this point which is exactly what we need. I’ve selected a batch_size of 128 which is the number of samples, or sequences, our model looks at during training before updating. You can experiment with different numbers here if you want. I'm also adding a dense output layer. Finally, we'll use add an activation layer with softmax as our activation function as we're in essence doing multiclass classification to predict the next character in a sequence.

Now we can compile our model. We’ll use RMSprop with a learning rate of 0.1 to optimize the weights in our model (you can experiment with different learning rates here) and categorical_crossentropy as our loss function. Cross entropy is the same as log loss commonly used as the evaluation metric in binary classification competitions on Kaggle (except in our case there are more than two possible outcomes).

Now our model is ready. Before we feed it any data, the cell below defines a couple of helper functions with code modified from this script. The first one, sample(), samples an index from an array of probabilities with some temperature. Quick pause to ask, what is temperature exactly?

Temperature is a scaling factor applied to the outputs of our dense layer before applying the softmaxactivation function. In a nutshell, it defines how conservative or "creative" the model's guesses are for the next character in a sequence. Lower values of temperature (e.g., 0.2) will generate "safe" guesses whereas values of temperature above 1.0 will start to generate "riskier" guesses. Think of it as the amount of surpise you'd have at seeing an English word start with "st" versus "sg". When temperature is low, we may get lots of "the"s and "and"s; when temperature is high, things get more unpredictable.

Anyway, so the second is defining a callback function to print out predicted text generated by our trained LSTM at the first and then every subsequent fifth epoch with five different settings of temperature each time (see the line for diversity in [0.2, 0.5, 1.0, 1.2]: for the values of temperature; feel free to tweak these, too!). This way we can fiddle with the temperature knob to see what gets us the best generated text ranging from conservative to creative. Note that we're using our model to predict based on a random sequence, or "seed", from our original subsetted data, user: start_index = random.randint(0, len(user) - maxlen - 1).

Finally, we name our callback function generate_text which we'll add to the list of callbacks when we fit our model in the cell after this one.

Training the model and generating predictions

Finally we’ve made it! Our data is ready (x for sequences, y for next characters), we've chosen a batch_size of 128, and we've defined a callback function which will print generated text using model.predict() at the end of the first epoch followed by every fifth epoch with five different temperature setting each time. We have another callback, ModelCheckpoint, which will save the best model at each epoch if it's improved based on our loss value (find the saved weights file weights.hdf5 in the "Output" tab of the kernel).

Let’s fit our model with these specifications and epochs = 15 for the number of epochs to train. And of course, let's not forget to put our GPU to use! This will make training/prediction much faster than if we used a CPU. In any case, you will still want to grab some lunch or go for a walk while you wait for the model to train and generate predictions if you're running this code interactively.

P.S. If you’re running this interactively in your own notebook on Kaggle, you can click the blue square “Stop” button next to the console at the bottom of your screen to interrupt the model training.

And there you have it! If you ran this notebook in Kaggle Kernels, you hopefully caught the model printing out generated text character-by-character to dramatic effect.

I hope you’ve enjoyed learning how to start from a dataframe containing rows of text to using an LSTM model implemented using Keras in Kernels to generate novel sentences thanks to the power of GPUs. You can see how our model improved from the first epoch to the last. The text generated by the model’s predictions in the first epoch didn’t really resemble English at all. And overall, lower levels of diversity generate text with a lot of repetitions, whereas higher levels of diversity correspond to more gobbledegook.

Can you tweak the model or its hyperparameters to generate even better text? Try it out for yourself by forking this notebook kernel (click “Fork Notebook” at the top).

Inspiration for next steps

Here are just a few ideas for how to take what you learned here and expand it: 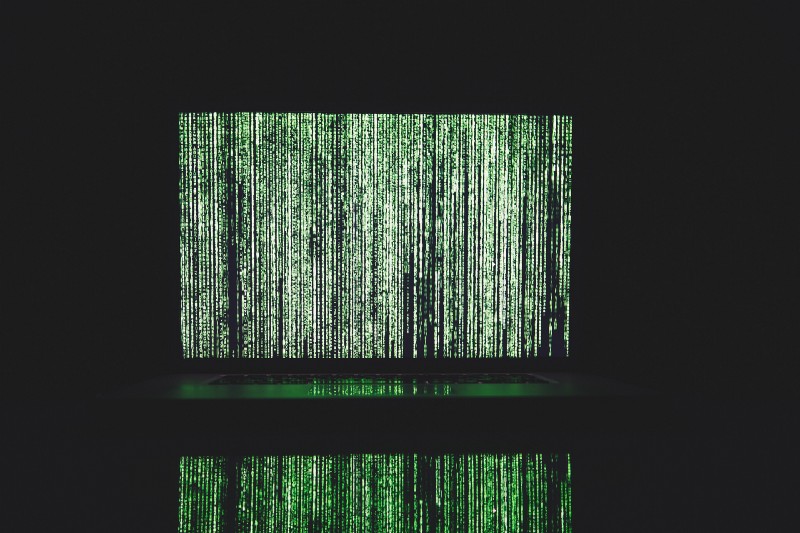 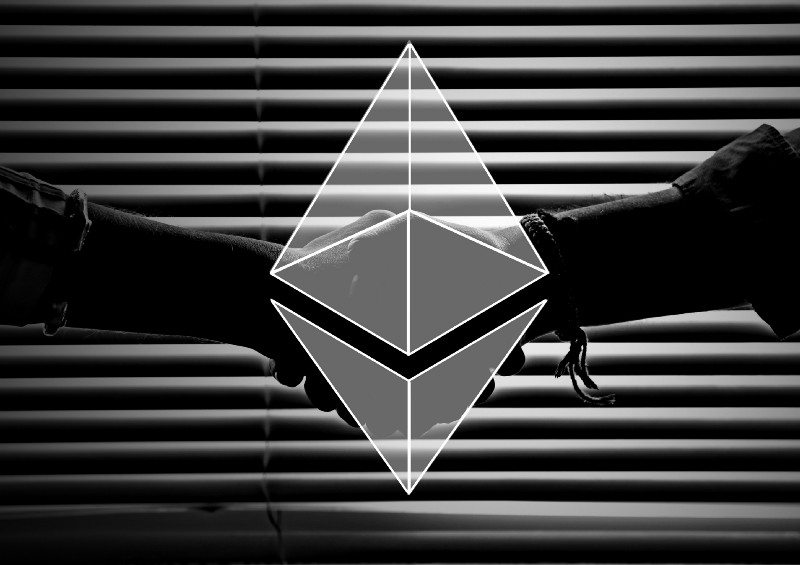