Ever since the Artificial Intelligence boom began — or the iPhone X advertisement featuring the face unlock feature hit TV screens — I’ve wanted to try this technology. However, once I started googling about it, I typically only found code examples in Python. And being a Java enthusiast for seven years, I got demotivated seeing that. Therefore, I finally decided to hunt for Java open source libraries for this.

Currently, there are various Java libraries out there. But the most popular one I found was OpenCV.

OpenCV is an open source computer vision library that has tons of modules like object detection, face recognition, and augmented reality. Although this library is written in C++, it also offers battle-tested Java bindings.

However, there is one issue. As part of its software release, it offers only a few modules (with Java bindings) out of the box — and facial recognition is not one of them. Therefore, to use it, you need to manually build it.

Yes — the reason cited by the OpenCV community is that the modules are not completely stable. Therefore, they are not bundled along with the standard release. Hence, they maintain them in a separate repository here.

If you have no or very little C++ experience (like me), you must have already started to feel dizzy about building a C++ library yourself. But don’t worry, I am here to hold your hand and walk you through this tedious process. So let’s begin, shall we?

Building OpenCV for Java from scratch

You can find various resources for step by step instructions like this, this, and this. However, none of them worked perfectly for me, as one thing or another was missing. The closest I found, which helped me, is this one. However, you do not need to refer to it. You can follow below steps and you will be good.

First, you need to have the below software on your PC. Here, I am building a 64-bit version of the library as I own a 64 bit PC. But you can build it for 32-bit as well.

The required software is:

A word about MinGW: Here, to build this library, we need C++ compilers. You can use Visual Studio tools (VS), which is far better. However, I did not have the luxury to do that, as I built it on my office laptop and VS is licensed software unavailable to Java people here. Therefore, I had to use open source tools, and the best one is MinGW (Minimalist GNU for Windows).

Also, it is very important to use the correct version of MinGW. Download version x86_64-posix-seh, as there is thread support in this version. I have not tried all other versions. But version x86_64-win32-sjlj does not work at all.

Step 1: Download the source code zip of both the opencv and opencv_contrib, and extract them into a directory. Further, create a folder called “build” in the same directory (I created “build_posix” as visible in the screenshots).

Step 2: Open CMake. Point “where is the source code” to the opencv extracted folder. Further, point “where to build the binaries” to the “build” folder you created.

In case you have multiple JDKs in your system and you already have some different JDK in “PATH” & you don’t want to add JDK 1.8 in “PATH”, you can skip this. But do configure it manually in step 5.

Step 4: Press the “Configure” button and select “ MinGw Makefiles” and “finish”. After this, CMake will start configuring your project. It will take a while and, after it finishes configuring, it will show the current available configurations.

In case you are wondering if the configurations generated for you are correct, you can refer to the logs which got generated for me here and compare.

After this, press the “Configure” button again. This will do the final configurations. You can refer to the logs which got generated for me here.

Note: Make sure to compare your “Configure” logs generated with the one I shared in pastebin above. If you find some major difference, then first try correcting your configurations and press “Configure” again. Otherwise, there are chances that your build will fail and that it will be more difficult to debug.

Step 6: After this, press “Generate”. It will take few seconds and then close CMake.

Now, if all the configurations generated above are correct, this task will be a breeze (of 2–3 hours!). Just open the command prompt, go to the “build” folder, and execute the command below.

Here, -j5 is added, which instructs the make utility to run five jobs in parallel. This will make your build faster, at least theoretically.

Further, do not forget to push the logs to a text file. These might get too big, in which case your command prompt window might truncate it. You need them in case compilation fails. You can refer to the compilation logs generated in my case here.

Note: The order of log statements might not be the same for you, as the build is happening in five parallel threads.

Once the build is over, you can check the “bin” and “lib” folders inside your “build” directory. Inside “bin”, you will have all your opencv*.exe’s and libopencv*.dll’s and your compiled JAR. Further, “lib” will have your main dll (libopencv_javaxxx.dll) along with some more dependent files.

Now that you have built the library, you first need to set up the environment variables, as well as the user library, in Eclipse.

After this, there is no need to link the native library, as this was added to your “path” variables in Step 3.

Once you are done with this setup, you can clone my Git repository from here and import the project into your Eclipse workspace. Further, you will need to add JDK 1.8 as well as the opencv user library (just created above) to this project. Once you are done, you will be ready to test your newly built OpenCV library.

As of this writing, there are three programs in this project.

For technical details on all these algorithms, you can refer this official article. For demonstration purposes, I will show you how to use the Eigenfaces algorithm.

First, you need to download training data from the face database. This data contains ten different images for each of 40 distinct subjects (400 images). For some subjects, the images were taken at different times, varying the lighting, facial expressions (open / closed eyes, smiling / not smiling), and facial details (glasses / no glasses). After extracting them on your computer, you need to prepare a .csv file containing the path of each image, along with their corresponding label.

To make it easy, I have one TrainingData.txt in my Git repository. However, you need to edit the file and alter the paths of images as per your computer directory location.

Note: the downloaded face database contains images in .pgm format. This format is not supported by Windows. To actually convert them to .jpg, I added PGMToJPGConverter to my repository. You can use to this to convert the images and have an actual look at the training data.

After this, you can run the face recognition program. Below are the steps performed in the program:

Here, we can observe that the algorithm is able to predict the label of our test subject with a confidence value of 1807. The lower the value, the better the prediction. Similarly, you can perform this exercise with two other algorithms. The C++ code can be downloaded from here and here.

Update (27th Dec 2018): In case you find building the openCV java bindings painful, then i have a good news for you. Recently, I have found an easier way to get all the openCV dependencies for java. For complete details, please refer my another article.

Congratulations!! ? You made it to the end. And if you liked ?this article, hit that clap button below ?. It means a lot to me and it helps other people see the story. 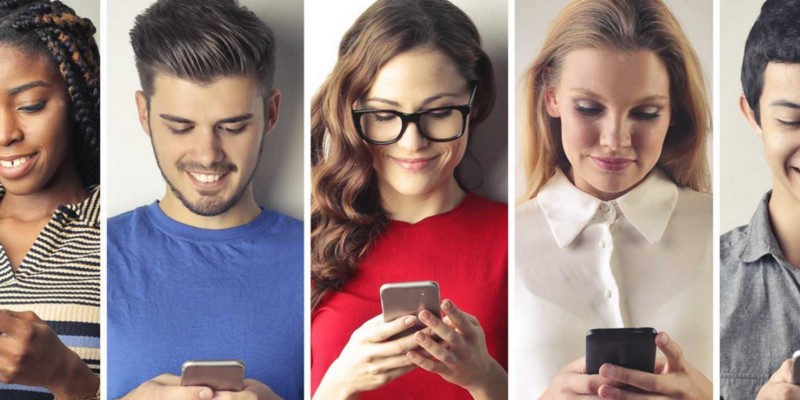