The homepage for the Google Search engine is the most viewed webpage in the world. People conduct billions of searches every day.

When you land on the page, right above the search box, you'll see Google's logo. On many occassions the logo will be different and accompanied by what's called a Doodle.

These Doodles range from small, simple and temporary alterations to the traditional logo. But more often that not, they are very creative and artistic expressions.

When you click on the Doodle animation you can find more information about that specific topic and a little game or interaction sometimes sometimes accompanies the doodle.

The first doodle was created when Google co-founders Larry Page and Sergey Brin attended the annual Burning Man Festival in the Nevada desert in the United States on 30 August 1998.

They put a stick figure icon, resembling the Burning Man logo, behind the second "O" as an "Out Of Office" message to let users know of their absence in a fun and creative way.

Google was very young at the time – it had only been a couple of years since the search engine had been built by these two Stanford students. And this was just less than a week before it would be offically incorporated as a company.

You can also see that the logo was different, with an exclamation mark at the end.

The Development of Google Doodles

Since then, this new idea of altering the logo when celebrating notable events was born, and the Doodles progressed.

Nearly two years later, Page and Brin asked Dennis Hwang – an intern at the time – to create a doodle in honor of Bastille Day, on July 14 2000. It was very well received and Dennis Hwang was appointed Chief Doodler.

Doodles started to appear more regularly on the homepage.

Since then, Google has a whole dedicated team of talented illustrators (called doodlers) responsible for the doodle that appears on Google's homepage for the entire globe.

The early doodles were fairly simple. When you hovered over the doodle, a little pop up text would appear noting what was being commemorated.

For Halloween in 2000, guest artist Lorie Loeb created the very first animated doodle. It featured two jack-o-lanterns in place of the "O"’s and a spider was dangling from the "L".

Another notable tech-related, nostalgic doodle was that of March 12 2019, where Google commemorated the 30th anniversary of the World Wide Web.

You can view a historical archive of all the Google Doodles that have appeared on the homepage, letting you relive any Doodle and discover new ones you may not have seen already.

The doodle technology kept on improving, and on May 21st 2010 Google released its first interactive game – the first ever playable Doodle Google game.

This release celebrated the 30th anniverary of one of the most popular and classic arcade games, Pac Man, which was released in 1980.

It was an immense development for Google and it must have brightend many peoples' days by bringing back such a fun and addictive throwback game. It was estimated that over 1 billion people played the game in the first three days of its release.

If you want to take a trip down memory lane, or be introduced to the game for the first time, you can play it here.

Just press "Insert Coin" and use the arrow keys on your keyboard. You are a yellow hero aiming to eat all the dots without getting caught by ghosts of different colors.

Be prepared to spend one too many hours on this one.

How to Play Doodle Google Games

Since then there have been many more fun and interactive games and puzzles.

The doodles and games usually stay up for one day to commemorate a specific event. But Google archives all its old doodles and doodle games on the dedicated archive page instead of just getting rid of them.

Thanks to this, you can play any of the games that have been featured on the search engine's homepage.

Playing them is easy and fuss free.

They are all web based and can be played on both desktop and mobile without needing to download anything or set up a console. You don't need any equipment – just a browser and an internet connection.

Click on the links to go to the page for the specific game and then click to start the game.

In most cases you'll use your mouse or trackpad and keyboard. If you're playing from a mobile you'll be swipping or tapping.

Below is a list of some of the most well known and popular doodle games, grouped together based on different categories.

The Rubik's cube appeared on the homepage on May 19, 2014 and is one of the biggest and most fascinating mental challenges.

The colors move horizontally, but you can move its pieces by clicking anywhere on the cube to turn it on all its sides.

On December 21st 2013, Google came out with a tribute to crosswords to commemorate 100 years of crossword puzzles.

With the help of Merl Reagle, one of the best and most well known crossword instructors, Google created their own version of a crossword with clues. It also shared bits of puzzle history throughout.

Coding for carrots introduces childern (or you!) to the world of programming by connecting blocks that represent coding concepts. This helps guide a rabbit across 6 levels to get to its favorite food – a carrot – and collect it.

The game was released on 4 December 2017 during Computer Science Education week in collaboration with MIT to celebrate 50 years of Kids Coding and of coding languages for kids. It's based on the Scratch programming language.

Cricket was introduced to celebrate the 2017 ICC Champions Trophy and you play cricket as an animated cricket.

Just click on the bat to swing it when you see the ball coming towards you and want to hit it to score. It's a clever re-creation of the sport.

Baseball was introduced in honor of 4th of July, US Independence day, in 2019. The players are classic American snacks like hot dogs, fries, and ketchup.

Click to swing the bat and if you're like I am, be prepared to hear "You're Out" too many times (otherwise you'll see plenty of fireworks).

Basketball came out in 2012, honoring the 2012 Olympic Summer games with this interactive basketball game. You try to make as many baskets as you can in 24 seconds.

Besides this game, for that period Google released three other separate interactive sports games, like Soccer. With this one you're a goal keeper, using the space key to stop the incoming ball from reaching the net and the arrow keys to change your position.

In celebration of the 2020 Tokyo Olympics,Google released its most ambitious, elaborate, and complex game to date – a full on anime sports game called the Doodle Champion Island Games.

It's a homage to retro 16-bit Japanese video games, with 7 mini Olympic game sporting event themes to choose from (including table tennis, skateboarding, and artistic swimming among others). It's the largest game Google has released.

You play as a Calico ninja warrior cat named Lucky that arrives on the island where the festival is underway. You can choose from one of 4 teams - the Blue, Red, Yellow, or Green team - represented by Ushi, Karasu, Inari, or Kappa.

To play, use the arrow keys and space bar and pay tribute by celebrating Japanese history, culture, and sports throughtout the game. It was made in partnership with Japanese animation studio Studio 4°C. 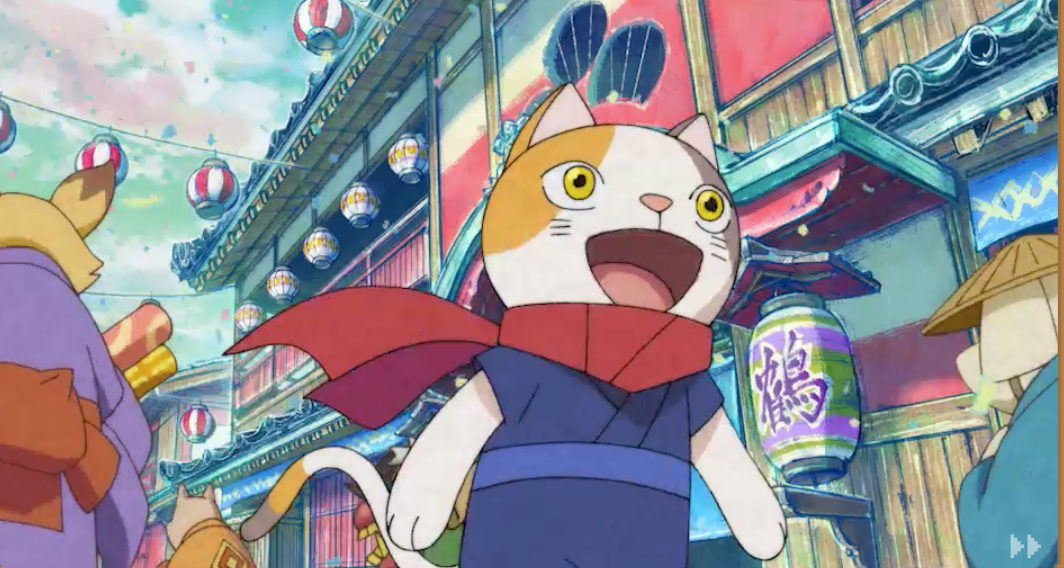 To honor the filmmaker and visual artist, Google released an interactive design with a visual music composition tool, letting users click and create their own visual pieces of music with the wide variety of settings you can change. 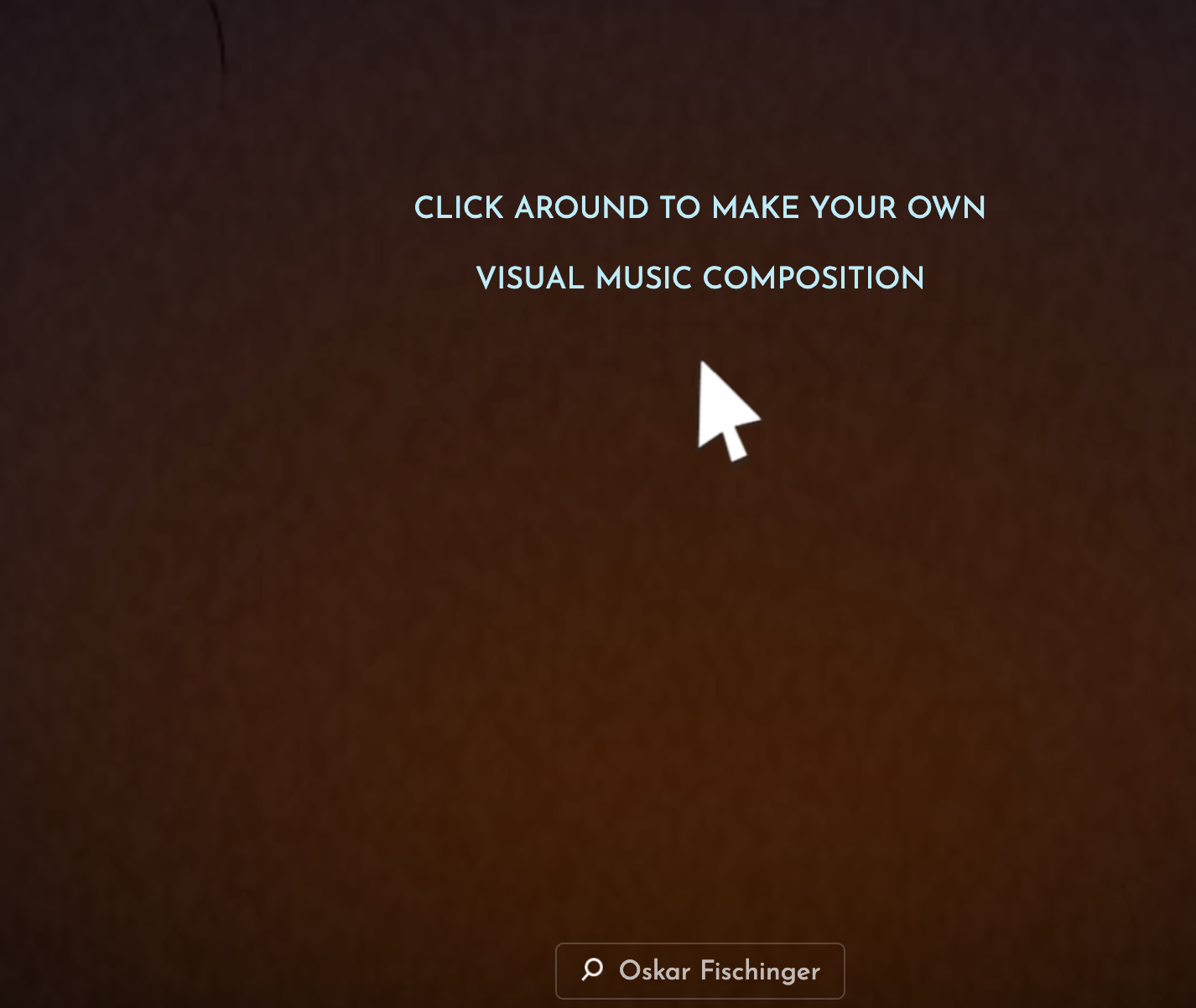 Celebrating the birth of Hip Hop

Hip Hop was released to commemorate the 44th anniversary of the birth of hip-hop, on 11th August 2017.

With the crossfader you can mix legendary beats together, change the volume and intensity of playback speed, and pick tracks. The classic DJ interactive turntable will let you cut and scratch tracks and relive hip-hop history.

The graffiti was made by artist Cey Adams, and it's narrated by hip-hop icon Fab Five Freddy. It pays tribute to Kool Herc and Coke La Rock, the two founding fathers of hip hop. 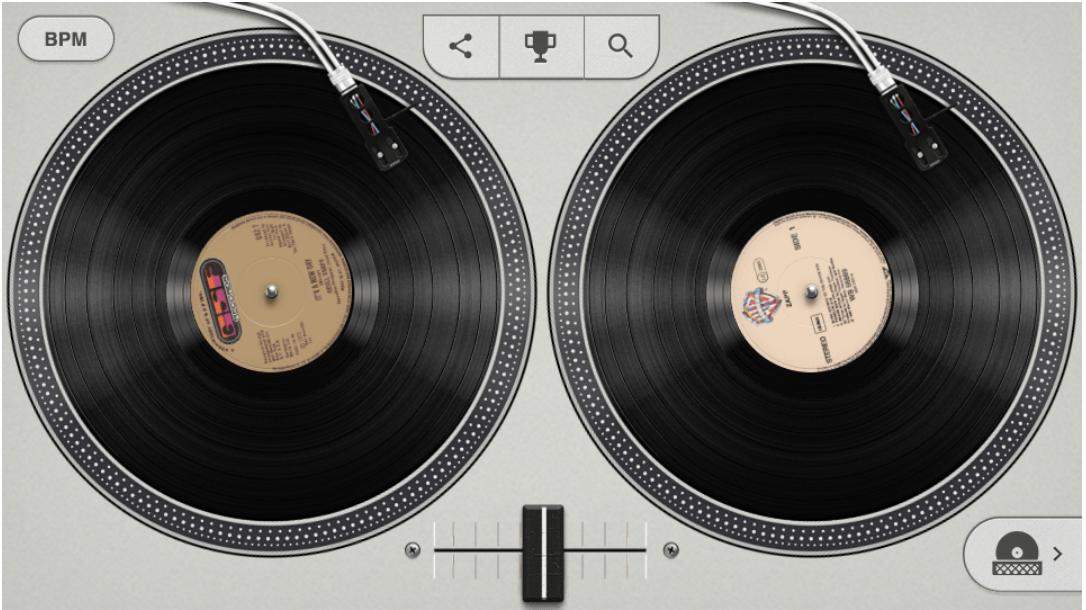 Rockmore simulates the experience of the Theremin. This is an electronic musical instrument that works without physical contact – only by gesture controls.

The game celebrates the anniversary of Clara Rockmore’s 105th birthday, the inventor and the instrument's most well known performer, on 9th March 2016.

It will let you create music and experiment with the different settings and replicate different notes. Move your cursor or mouse over the notes on the screen to create music using a virtual Theremin. 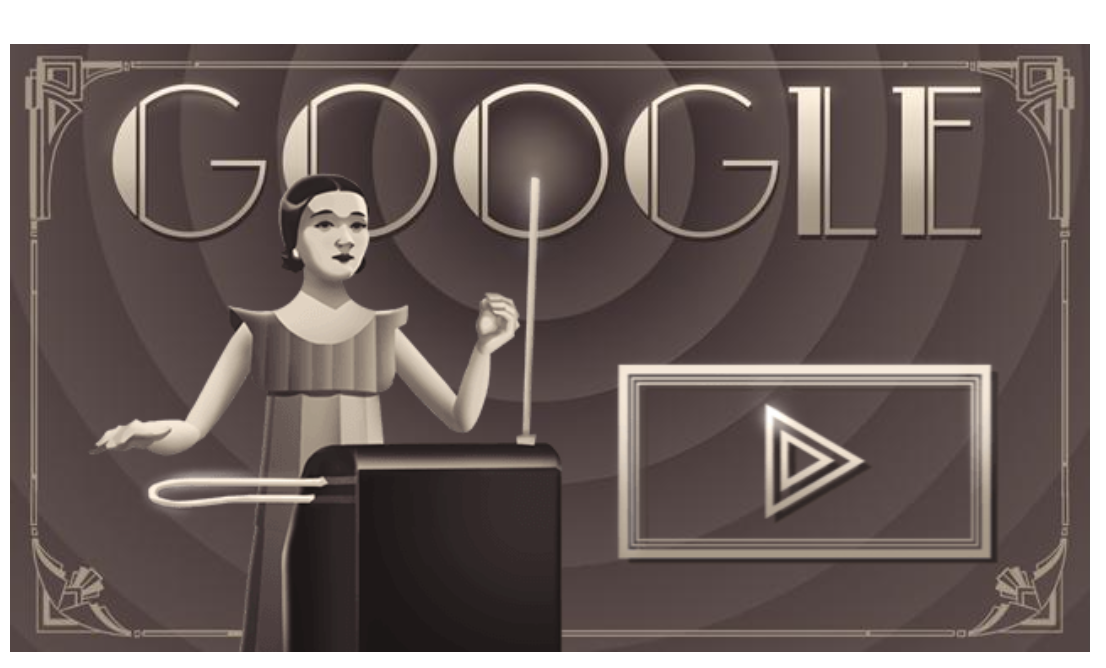 Quick draw! is a game that got its own website. You are given instructions on the screen about what to draw and a 20 second timeframe to do so. Google's neural network then makes guesses and tells you what your drawing resembles.

The game is built with Machine Learning and is one of the most popular Doodle games. 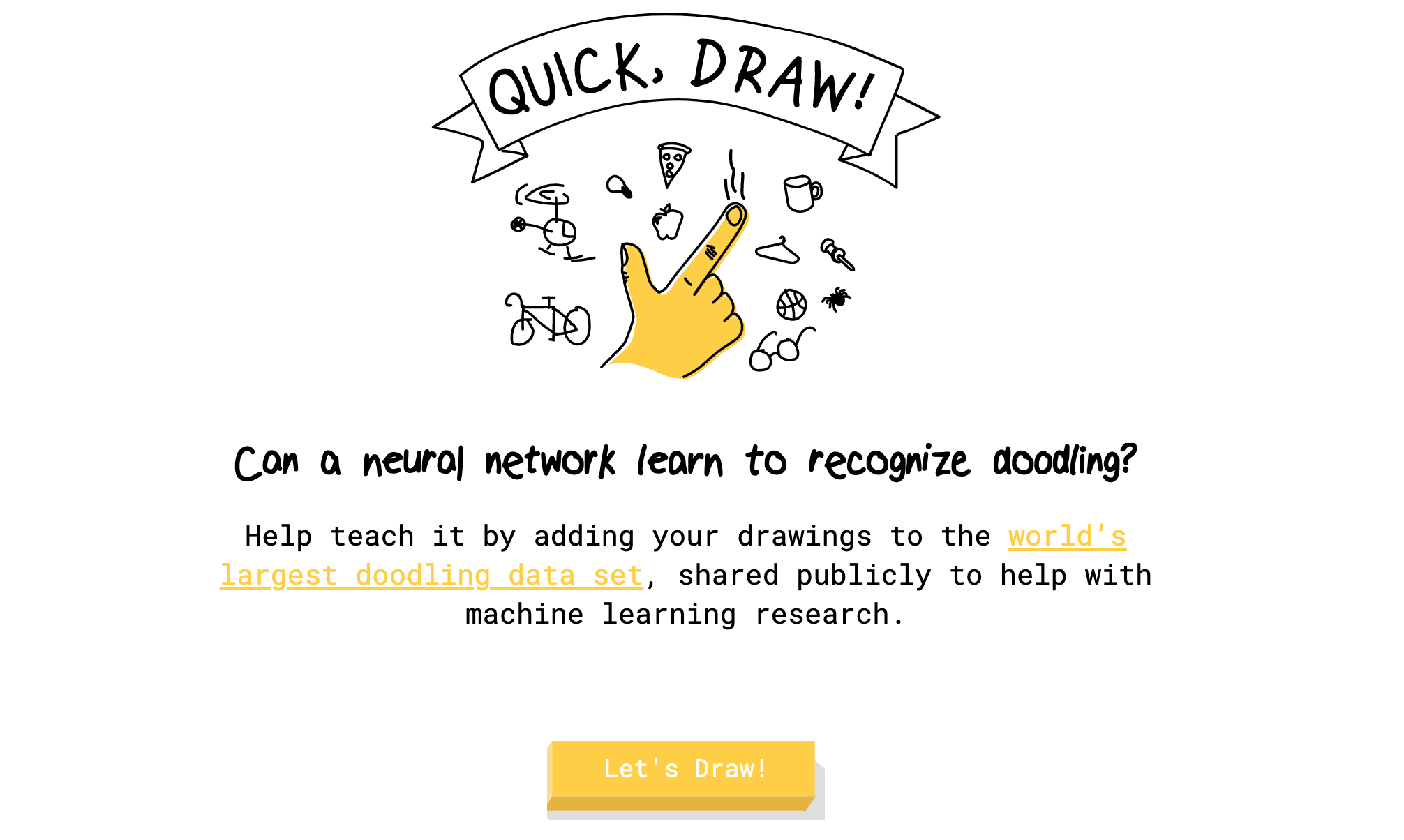 The Doctor Who doodle game, released on 23 November 2013, was created to honor the 50th anniversary of the classic and popular British television show, Doctor Who.

It's a simple but impressive adventure puzzle game, featuring all of the 13 doctors at the time it was made.

The goal is to retrieve all of the 6 letters from Google logo that the Daleks stole from the doctors, going through the 6 levels of the game.

The Scoville Scale is a system that measures how hot a pepper is. In this game, you're an ice cream fighting against spicy peppers by throwing scoops at them. Peppers start progressively getting hotter each time. 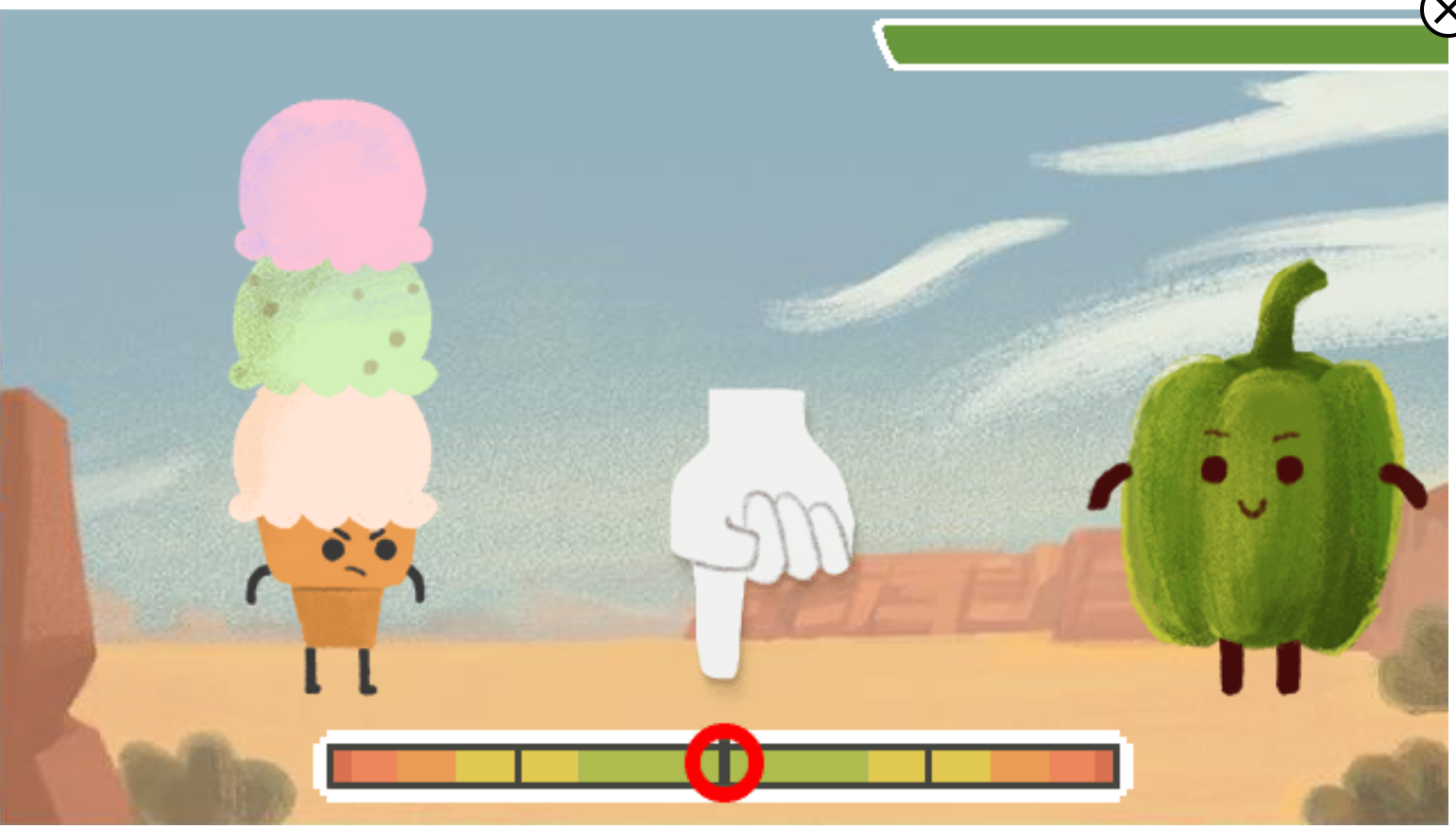 The muse for this game was a black cat that belongs to the Doodler who built the game, Juliana Chen.

Momo has to go through 5 levels in her school – the library, cafeteria, classroom, gym, and building rooftop. And along the way she has to swipe her wand to trace symbols above the heads of the ghosts that appear! This way, Momo casts spells and won't get her spellbook taken away from her by the ghosts that are lurking.

Use your keypad to swipe above the ghosts's heads, turning them into thin air. 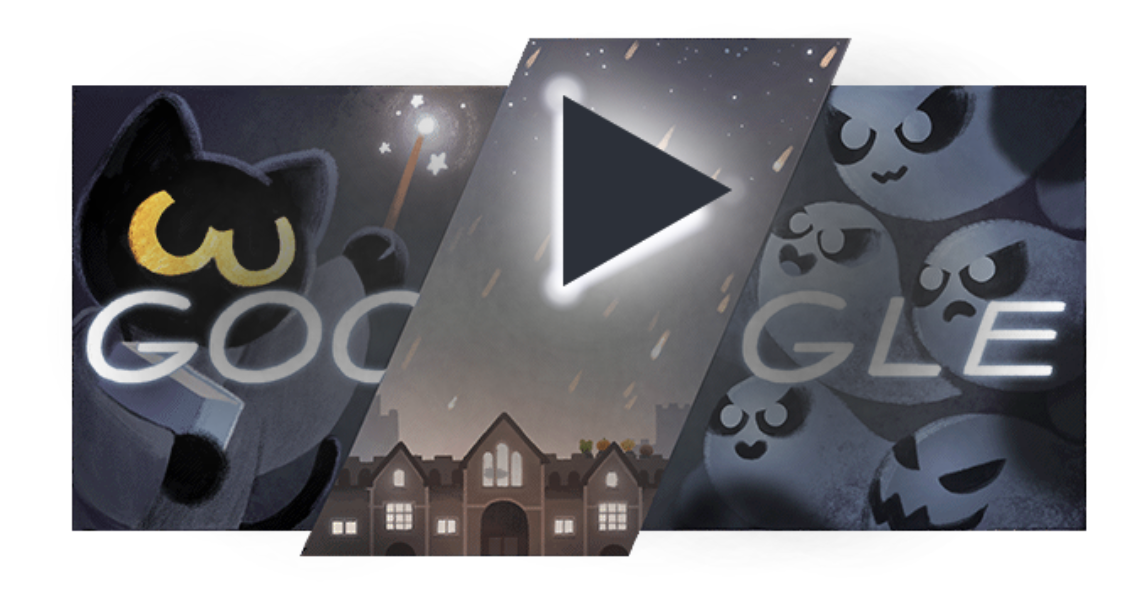 Doodle games for those who enjoy card games

Loteria is a traditional Mexican card game. You can start a match with your friends or with random people from all around the globe.

It was released on 9th December 2019, celebrating this traditional game with a virtual version. There is a tutorial before your first trial round if you've never played Lotería before.

I hope you enjoyed this write-up of some of Google's most popular Doodle Games for you to try.

There are many more available on the dedicated archive page, so go have a look and see what interests you.

Copyright: All images belong to Google