How to build up an intuition for recursion

And how to use it to solve problems

Recursion is one of the most intimidating topics that students face in programming. It’s hard to understand because the human brain is not capable of performing recursion — but computers are. This is exactly why recursion is such a powerful tool for programmers, but it also means that learning how to use it is exceedingly difficult. I want to help you build an intuition for recursion so you can use it to solve problems.

I am a teaching assistant for the introductory computer science course at my university. I’ve explained recursion in exactly the same way a dozen times this week. My explanation seems to help most students. This article has the most general explanation at the top, and the most specific explanation at the bottom. This way, you can start at the beginning and stop as soon as you feel you understand recursion well enough. I’ve provided some examples in Java, and they are simple enough that anyone with some programming experience can interpret them.

To understand recursion, let’s take a step back from programming. Let’s start by establishing a general definition for the term. Something is recursive if it is defined by its own definition to some extent. That probably doesn’t help you understand recursion very much, so let’s look at a mathematical definition. You are familiar with functions — one number goes in, another number comes out. They look like this:

Sequences can be thought of as functions with inputs and outputs that are limited to only positive integers. Generally, sequences start with 1. This means that A(0) is 1. The sequence above is the following:

This sequence is recursively defined. In other words, the value any given element depends on the value of another element. This sequence looks like this:

Any element is defined as 2 times the previous element.

The n = 0 element cannot be recursively defined. There is no previous element. We call this a base case, and it is a necessary consequence of recursive definitions. They must be explicitly represented in your code. We could represent this recursive sequence in Java like so:

The n element is defined as the sum of the n-1 element and the n-2 element.

Now we have an idea of how this task is recursively defined, and we can go ahead and write some code. Never start writing code without first having a natural understanding of the task.

As programmers, we want to have an intuition for recursion so that we may use it to do things. To do so effectively, we must understand how a computer processes recursion.

There is a data structure that the computer uses to keep track of method calls called the call stack. Each method call creates local variables from the method parameters. The computer needs to store these variables while the method is being executed. Then, the computer ditches the values when the method returns to avoid wasting memory.

The call stack (and stacks in general) function as you might imagine some sort of real-life stack would. Imagine a stack of papers on your desk — it starts as nothing, and then you add papers one by one. You don’t know anything about any of the papers in the stack except for the paper on top. The only way you can remove papers from the stack is by taking them off the top, one-by-one, in the opposite order that they were added.

This is essentially how the call stack works, except the items in the stack are activation records instead of papers. Activation records are just little pieces of data that store the method name and parameter values.

Without recursion, the call stack is pretty simple. Here’s an example. If you had some code that looked like this…

This is true for any case of method composition (a method within a method) — so let’s look at recursive example: the A(int n) method we wrote earlier. Your code might look like this:

When A(0) is called, we have reached a base case. This means that the recursion is completed, and instead of making a recursive call, a value is returned. A(0) comes off the stack, and the rest of the calls are then able to come off the stack in succession until A(4) is finally able to return its value to main.

Here’s the intuition: the return value of any method call depends on the return value of another method call. Therefore, all the method calls must be stored in memory until a base case is reached. When the base case is reached, the values start becoming well-defined instead of recursively defined. For example, A(1) is recursively defined until it knows the definition of the base case, 1. Then, it is well-defined as 2 times 1.

For this example, it is more useful to consider that A(0) returns 1, and then A(1) returns 2 times 1, and then A(2) returns 2 times A(1), and so on. However, when we are writing our code, it can easier to frame it in the reverse order (the order that the calls are made). This is another reason that I find it helpful to write the base case and the recursive case down before writing any code.

Helper Methods and Recursion vs. Loops

We are programmers, not mathematicians, so recursion is simply a tool. In fact, recursion is a relatively simple tool. It’s very similar to loops in that both loops and recursion induce repetition in the program.

When we use loops, it is sometimes necessary to make use of a local variable to “keep track” of a calculation. Here’s an example.

This method takes an array of doubles as a parameter and returns the sum of that array. It uses a local variable, sum, to keep track of the working sum. When the loop is completed, sum will hold the actual sum of all values in the array, and that value is returned. This method actually has two other local variables that are less obvious. There is the double array a, whose scope is the method, and the iterator i (keeps track of the index), whose scope is the for loop.

What if we wanted to accomplish this same task using recursion?

This task is repetitive, so it is possible to do it using recursion, though it is probably more elegantly accomplished using a loop. We just need to create a few local variables to keep track of the working sum and the index, right?

Alas, this is impossible. Local variables only exist in the context of a single method call, and recursion makes use of repeated method calls to accomplish a repetitive task. This means that local variables are pretty much useless when we are using recursion. If you are writing a recursive method and you feel as though you need a local variable, you probably need a helper method.

A helper method is a recursive method that makes use of additional parameters to keep track of values. For recursiveSum, our helper method might look like this:

This method builds the sum by passing the working value to a new method call with the next index. When there are no more values in the array, the working sum is the actual sum.

Now we have two methods. The “starter method,” and the helper method.

Well, remember that we were trying to replace the method that used a for loop. That method was simple. It took an array as a parameter and returned the sum of the array as a double. If we replaced this method with one that took three parameters, we would have to remember to call it with the proper starting values. If someone else wanted to use your method, it would be impossible if he or she didn’t know the starting values.

For these reasons, it makes sense to add another method that takes care of these starting values for us.

Recursion is a pretty challenging concept, but you made it all the way to the end of my explanation. I hope you understand the magic a little better. I now officially grant you the title of “Grand-Wizard of Recursion.” Congratulations! 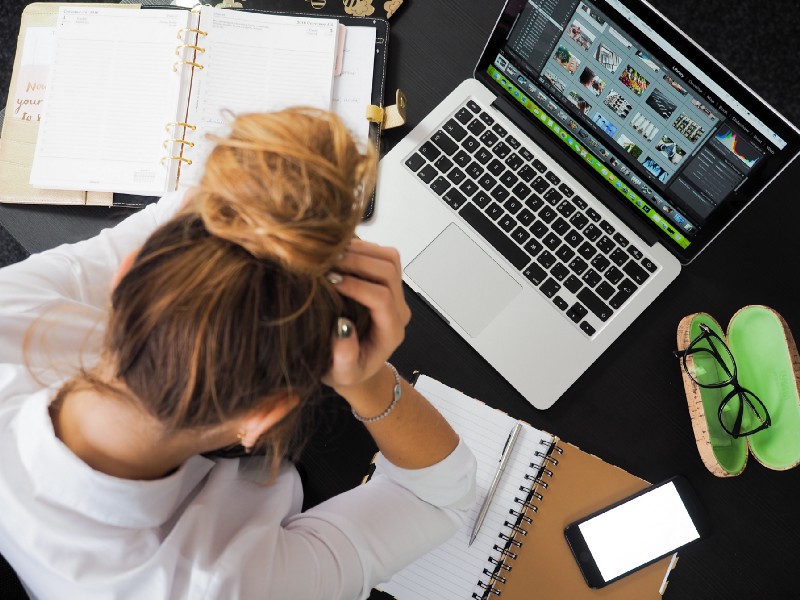