How To Deliver Training and Career Growth In A Small Startup

Plus: seven cheap and simple things you can do to meet your employees’ need for professional development

An interesting issue came up in a call last week with Lorraine, one of the CEOs I coach. A promising employee at her company had announced that he was leaving to join a strategy consultancy — not for the pay or the stability, but for the career development. The team member thought the consultancy would build his career more.

“Should I push back?”, Lorraine asked me. “I don’t think career development is something people should expect in a startup.”

You can see Lorraine’s point. Many of the benefits that come with a job at a big company — like long, structured training programs or big budgets to fly off to interesting conferences a few times a year — are expensive. And they’re things that startups that are losing money can’t afford. You can’t ask for that and also expect to become a millionaire from your stock options if the job works out.

So this presents Lorraine with a dilemma. Should she increase her company’s costs, when I already have a limited runway? Or should she resign herself to losing good people who want career development that she can’t provide?

Everyone who thinks about their own future wants to learn new skills and to get more senior jobs in the future. But remember, mature companies have both scale and profitability. It’s much cheaper for them per head to build a structured training program. They can afford to wait longer for the returns. Investors in a startup that may not be around in two years have to think shorter term. But even really confident startups have a little incentive to sink cash into training in their early months.

To run the numbers, think about a startup that raises its first finance from friends and family at a valuation of $2m. Spending $20,000 on training promising employees will cost 1% of the company’s value. But if this cost can be put off until the business raises a seed round a year later, at a valuation of $10m, then the training cost will fall to one-fifth of a percent. And if it can be put off until a Series A two years later, when the business is worth $40m, then the cost will be only one-twentieth of a percent of the company’s value. No wonder startup CEOs want to delay spending, no matter how strongly they believe in training and professional development.

Turn your lack of hierarchy into an advantage

But there’s a catch in the lavish programs offered by big business. More training comes with more structure. They’re often also more rigid and hierarchical. If you’re a young and ambitious new employee, good luck debating a business decision with a partner who has been at the organization ten years. In startups, by contrast, many good founder-CEOs follow Paul Saffo’s principle of ‘strong opinions, weakly held.’ They’re willing to consider new ways of doing things, even if those new ways come from someone who joined last week.

Startups have another advantage, too. In a successful venture-backed business, the size of the team can double or triple within a year or two. Then do the same again two years later. Since hiring is so hard, a known insider with proven ambition and determination can have a big advantage.

This presents a choice for employees. For people who think they need to learn a defined body of expertise — especially stuff that requires long, continuous work with an experienced practitioner — a mature company has the advantage. But for those who are open to more opportunistic career development — training on the job, picking up stuff as they go, learning by doing, and simply volunteering for projects — then a startup may have an advantage.

So if you’re a startup CEO like Lorraine, then start by explaining this to everyone you hire before they join. And if an existing employee complains about the career development you offer, then have an honest chat. Help them figure out whether they’ll be happy and fulfilled in this structure. If not, you should put this down to a hiring mistake, and make a mental note to be more upfront in future recruiting.

Make sure both sides understand the bargain that’s being struck

But there’s also stuff you can do, without loading costs on to the business, to make career development less random, more structured, and more helpful to the team. A good start is that employees take the lead on their own career development, not the HR department. If they want the company to invest money in their future, they need to start investing their own time first. They can identify and take advantage of opportunities that are free, like reading blogs, watching TED talks, taking online courses — and proving that they’re more valuable to the business as a result. This gives a company a good reason to think that investing more in them will produce great returns.

So if you’re the CEO of a startup, what can you do to encourage and support this? Here are six approaches that I’ve seen succeed in different companies.

Ask people to report what they’re doing outside work to develop their skills. Give recognition and reward to the strongly positive signal of people investing in themselves. When employees know they’re going to be asked about this, they magically start noticing opportunities that might otherwise have floated by.

Support it, too. Make it part of one-on-ones. Use your experience and knowledge to give feedback on which topics people work on, and which content in those areas.

Even startups on a shoestring can afford books. Rather than just declare open season and let people buy whatever they want — often a recipe for a shelf full of shiny titles that never get read — invite people to ask others what they’ve found most useful, and buy the books that are upvoted most.

Surgeons have a phrase for it: ‘see one, do one, teach one.’ When someone has just finished studying something, they’re in a great position to give a 30-minute presentation on it to colleagues. This can become a regular fixture, where the company provides the tools and the drinks, and the team provides the learning.

5. Create mentoring relationships inside the company.

There are often things that more experienced people can do in their sleep that newer hires can benefit hugely from observing. To avoid adding a big burden to employees who are already busy, be realistic about how much time you can reasonably ask them to spend on helping others. Start by halving it.

6. Use SAAS platforms for education.

There’s an amazing range of online content available for hundreds of dollars, compared with the thousands of dollars the same content used to cost when taught in offsite training seminars. Learning for twelve minutes a day isn’t just less disruptive than disappearing for a week a year to take a full-time course; it can also produce better learning.

7. Encourage team members to reach out beyond the company to learn.

It’s not just CEOs that benefit from coaching. Almost everyone in the company — sales and marketing, product, engineering, finance — can learn a lot from other people in the industry. As CEO, you can prompt people to identify outsiders they can learn from, and help them figure out how to make the relationship work.

You may fear that none of these seven suggestions can match what might be offered by McKinsey, Procter & Gamble, or Goldman, Sachs. And you’d be right. But if you spend a couple of hours putting them together, they can combine into a career development program that isn’t expensive but delivers real learning and real personal growth. And that’s something you can tell people about during the hiring process. It’s also something that will draw in talented employees with strong self-motivation and keenness to learn.

I’m Tim, and I run a seed fund out of London that invests in SAAS, platforms, marketplaces, and tools. I’ve backed 50 companies and sat on 19 boards, and I also coach Series A and B CEOs introduced by VC firms in Europe, America, and Asia. Previously, I founded a startup and took it to an IPO on the NASDAQ, and before that worked for The Economist and the Financial Times.

Lessons From Startup CEOs is a series of blog posts covering nine of the most important skills I’ve seen in founders who are most successful in scaling their companies. If you’d like to read more of them, please follow. 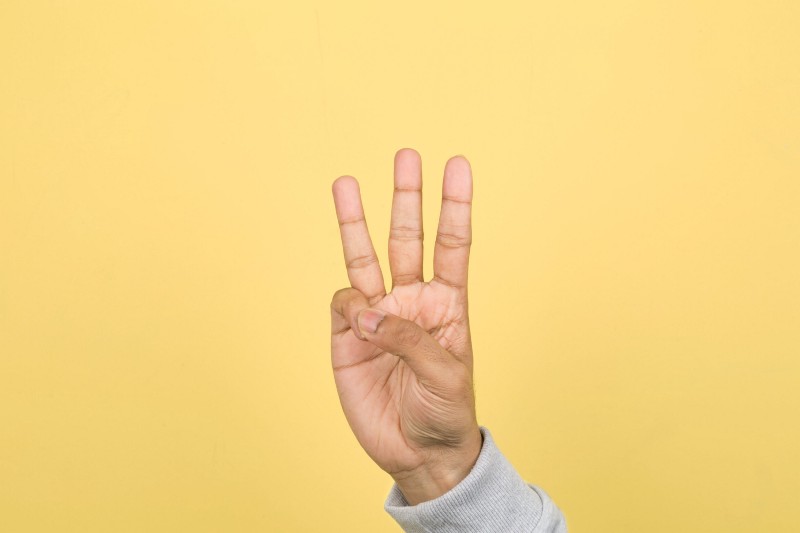