How to design and build a carousel in VueJS

A carousel, slideshow, or slider — however you call it this class of UI — has become one of the core elements used in modern web development. Today, it’s almost impossible to find any Website or UI library which doesn’t come with one or another kind of carousel.

Why, though? In fact, carousels really deserve their popularity. They allow users to skim through available content without vertical scrolling or heavy mouse movements. Consequently, users save time and can focus on the displayed content as Carousels keep cognitive load to a minimum.

This is reason enough to learn how to build a Carousel in VueJS!

All my tutorials gravitate around Progressive Vue Apps. This one is no exception! Making progressive apps means delivering a UX for mobile users close to native apps, including excellent performance, native features like push notifications, offline experience and much more. In a world where the majority of users experience the Web via mobile devices, there is no excuse left to not build progressive apps!

Of course you can still use the Carousel in any Vue app. You also don’t need any prior experience with VueJS or Progressive Web Apps for this tutorial!

You find the full code here:

What’s our Vision for the Carousel?

First thing we will do is to get an overview over what kind of components we want to build.

There are a few very straightforward ones:

If you want to learn how to set up a project, this section is for you. In case you do not, just continue with the next section.

We will be prompted to pick a preset — I recommend the following configuration:

Run yarn in the root folder of the project to install all dependencies. Now we have a project set-up which includes the basic technologies we need to build our carousel. Moreover, it already includes a Service Worker which pre-caches all our static files and allows users to access the app even when they are offline.

You can check out how the template app looks like by running yarn start.

To test how the carousel looks on mobile, we need to expose our development build to mobile devices through a public URL. There are many ways to do so, but here we use ngrok as it’s easy to set up and just does its job.

Next, we need to run our dev server and ngrok in two separate terminals.

To save you some boring adjustments to the template app, just check out this branch00_basicSetup. It includes all data and styles we need to make this app meaningful and pretty.

The Card really does one thing: it shows the currently selected data. Which is, in our case, an image, a headline and some text.

Clearly, we do not want to build multiple cards with hard-coded content. Instead, we want to dynamically pass the data to the card and simply render it.

Based on that knowledge, we can now create our Card.vue file in the src/components folder. Moreover, we can already define the basic html structure and names and their types of the properties we want to pass to the card.

Attention: we store all icons we want to display locally in our assets folder. That means that our path remains the same, but we need to dynamically change the file names which are supposed to be rendered. Consequently, all properties are of type String.

Next, we make the Card render the headline and the related text. Therefore, we use the most basic way of data-binding within VueJS — the mustache tag.

It’s basically just curly braces around our prop variables. As soon as data comes in, {{headline}} and {{text}} will be replace with the related data object. This is always true, also when new data comes in, after is has rendered other data before.

Rendering the image dynamically is a bit more tricky. Remember, we do not pass the actual icon but only its file name.

So we basically want to consume the image as a module, like any other component. A static image we could consume by importing it in the script block and assign it to a variable. However, we do have changing path. As our app uses webpack there is a fantastic shorthand available to load these dynamically as follows:

The : syntax is the Vue-way to dynamically bind attributes to an expression. You might already have seen the v-bind: prefix which : is the shorthand for.

Now our template block is completed and looks as follows.

To finalise our Card component, we simply need to add the prepared styled to the bottom of the file.

Last thing we need to do for this section is to check if the Card actually works.

So let’s simply add it the our App.vue component. However, keep in mind that we will have to move the component into the Carousel component in the next section.

We add the following to the <template>; and &lt;script>; blocks of App.vue.

What a fantastic result! Especially, since we can already dynamically change whatever the Card should display!

Next, we build the Carousel to have a dedicated component to manage all logic around showing different Cards based on user inputs.

Check out the branch 01_Card to if you want to start from here or compare your implementation.

The Carousel will be our reusable parent component. It will encapsulate all relevant components and logic.

Like with the Card before, we should focus on building the component in a way that it can handle a change in data gracefully. For example, it should be capable of handling varying numbers of cards being passed to it.

Next we will see how this approach translates into Code. First we start with creating a Carousel component and make the Card a child of Carousel.

The template block of the new component hosts the Card, wrapped in two wrapper elements. We will see later why these are necessary.

As we will pass data of multiple Cards to the Carousel, we need to specify that only the currentElement is rendered.

In the following <script> block we need to define which of the passed Cards is the currentElement by default.

Therefore, we define the currentElementIndex initially to be 0. VueJS comes with a feature that allows us to compute variables dynamically. We use it to select the data of the card that should render initially.

Now we only need to replace the Card with the Carousel in our App.vue file. To put a bit more structure and meaning to our final page, let’s wrap the carousel in another section element and place it before the other section.

That’s our basic implementation. It is not quite a Carousel yet but we are about to change this by adding the arrow buttons to switch between the objects we pass in the cards array to our Carousel.

Check out the 02_Carousel to see the complete code for this section. If you coded along you should see the following in front of you.

Now we build the ArrowButton component, which receives its methods and the type of arrow icon from its parent. The implementation itself is strait forward.

The component is only responsible for rendering the correct styles and the icon. All logic related to the Buttons is added to the Carousel. That way, we have created a truly generic component we could use in any context where we want to use a button with an arrow icon.

Now, within Carousel, we add two methods to navigate between our card data objects. Methods are just another exported object within the <script> block.

These simply increase or decrease the currentElementIndex by 1. We use the index to compute the currentElement variable, so every time one of the methods is called the next card is displayed. We also add some restrictive conditions, as we want the Carousel not to loop.

Now we only need to add the ArrowButtons to basically complete our Carousel!

Here you see how we use the methods and computed values to implement one of our ArrowButtons. Try to implement the second one below the Card component.

In case you get stuck or something just looks wrong, checkout the 03_ArrowButton branch. If everything worked out though, your carousel should look like the following:

The last feature we’re going to add are the Indicators. These help users to understand how many Cards there are and which one they are currently looking at. Additionally, these allow the user to select individual Cards directly.

The component receives three properties. The array of elements we use to create a <li> element for each card data object.

currentElementIndex is required to add a CSS class that highlights the indicator related to the current card. Moreover, it is used to disable the button for the current card. That way we prevent it from being selectable is via the tab keys. That way, we provide at least a minimum of accessibility.

showElement is the method which is called when a user clicks on an indicator. It’s passed from outside to keep the component as focused as possible. How an element is shown is clearly no concern of Indicators.

When we add the Indicators to Carousel.vue it becomes clear why we created two wrappers for the Card. Semantic and clear HTML is vital, especially for large projects with a high level of complexity.

You can check out the complete code at branch 04_Indicators.

Last but not least, we make our Carousel mobile friendly. A good progressive web app doesn’t start by caching static files, but with responsiveness.

As we do lack space on small screens, we hide the ArrowButtons and allow users to swipe in order to browse the Cards. Here the Indicators also do pay off again, as they function in mobile as the main indicator that users can swipe to see more cards.

Therefore we add the following library:

Next we add the new v-touch attribute and a handler method to the Card. This takes care of the events emitted by swipes.

Fantastic, we made it! We had the vision of building an encapsulated and reusable Carousel component, and we did!

What we still could add to improve the UX are some swipe animation when browsing the cards. 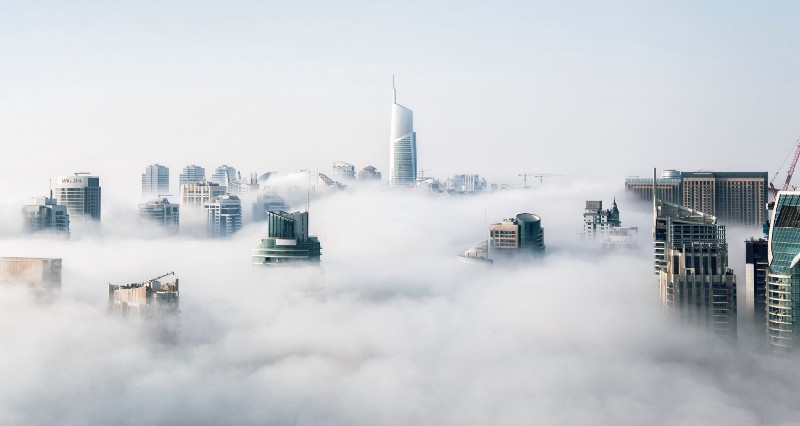 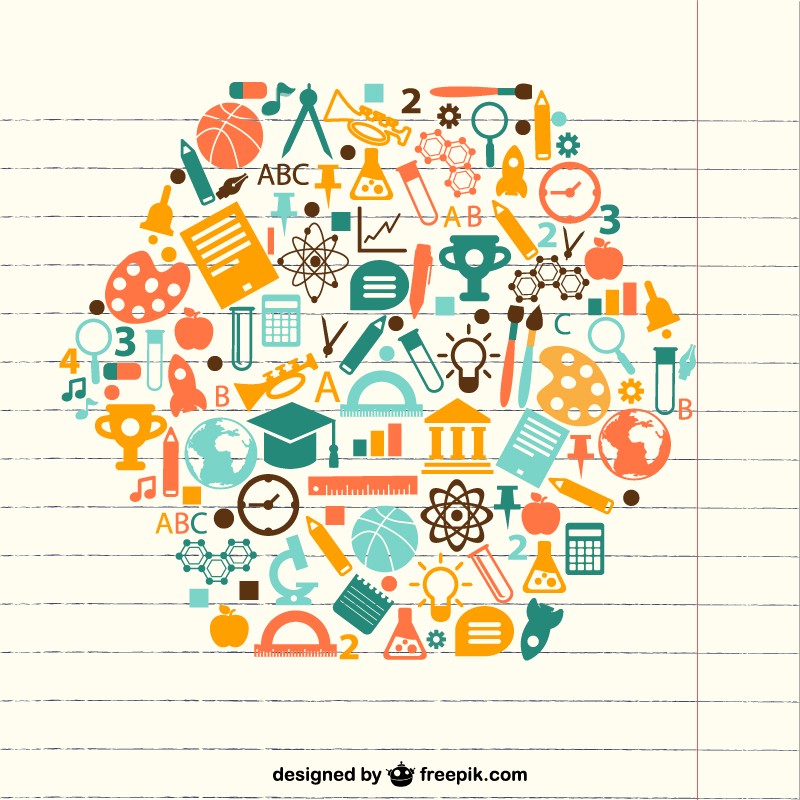