Software Engineer. I am a coffee & gym kinda guy. People that love dogs and pandas are best. Trying to build a better world

One thing I hear quite often is “Let’s go for Redux” in our new React app. It helps you scale, and the App data shouldn’t be in React local state because it is inefficient. Or when you call an API and while the promise is pending, the component get unmounted and you get the following beautiful error.

So the solution people usually arrive at is using Redux. I love Redux and the work that Dan Abramov is doing is simply incredible! That dude rocks big time — I wish I was as half talented as he is.

But I am sure that when Dan made Redux, he was just giving us a tool in our tool-belt as a helper. It’s not the Jack of all tools. You don’t use a hammer when you can screw the bolt with a screw driver.

I love React, and I have been working on it for almost two years now. So far, no regrets. Best decision ever. I like Vue and all the cool library/frameworks out there. But React holds a special place in my heart. It helps me focus on the work that I am suppose to do rather then taking up all my time in DOM manipulations. And it does this in the best and most efficient way possible. with its effective reconciliation.

I have learned a lot over these past few years, and I’ve noticed a common problem among new and experienced React developers alike: not using React the right way when dealing with subscription or asynchronous tasks. I feel that the documentation out there isn’t well put up in this case, and so I decided to write this article.

I’ll talk about subscriptions first, and then we’ll move on to handling asynchronous task cancellation to avoid memory leaks in React (the main purpose of this article). If not handled, this slows our app down.

Now let’s get back to that beautiful error message that we initially talked about:

My goal for this article is to make sure that no one ever has to face this error and not know what to do about it again.

Before I start, a huge shout out to Kent C Dodds, the coolest person on the internet right now. Thank you for taking the time & giving back to the community. His Youtube podcasts and egghead course on Advanced React Component Patterns are amazing. Check these resources out if you want to take the next step in your React skills.

I asked Kent about a better approach to avoid setState on component unmount so I could better optimize React’s performance. He went above and beyond and made a video on it. If you are a video kind of person, check it out below. It’ll give you a step by step walk through with a detailed explanation.

So now let’s jump in get started.

Let’s start off with the example:

Let’s talk what just happened here. What I want you to focus on is the counter.js file which basically increments the counter after 3 seconds.

This gives an error in 5 seconds, because I unmounted a subscription without clearing it. If you want to see the error again, just hit the refresh button in the CodeSandbox editor to see the error in the console.

I have my container file index.js which simply toggle’s the counter component after the first five seconds.

In my Index.js, I call Counter.js and simply do this in my render:

The showCounter is a state boolean which set’s itself to false after the first 5 seconds as soon as the component mounts (componentDidMount).

It updates its state, but then here is the problem. There is no DOM for the counter component to update the state to, and that is when React throws an error. That beautiful error we discussed above:

Now if you are new to React, you might say, “well Adeel … yeah but didn’t we just unmount the Counter component at the 5th second? If there is no component for counter, how can it’s state still update at the sixth second?”

Yes, you are right. But when we do something like setTimeout or setInterval in our React components, it is not dependent on or linked with our React class like you think it may be. It will keep on running after its specified condition unless or until you cancel it’s subscription.

Now you might already be doing this when your condition is met. But what if your condition hasn’t been met yet and the user decides to change pages where this action is still happening?

And that is pretty much it for setTimout & setInterval.

So, we’ve discussed subscriptions. But what if you make an asynchronous request? How do you cancel it?

Before I talk about that, I want to talk about a deprecated method in React called isMounted()

Before December 2015, there was a method called isMounted in React. You can read more about it in the React blog. What it did was something like this:

For the purpose of this example, I am using a library called axios for making an XHR request.

Let’s go through it. I initially set this_isMounted to false right next to where I initialized my state. As soon as the life cycle componentDidMount gets called, I set this._isMounted to true. During that time, if an end user clicks the button, an XHR request is made. I am using randomuser.me. As soon as the promise gets resolved, I check if the component is still mounted with this_isMounted. If it’s true, I update my state, otherwise I ignore it.

The user might clicked on the button while the asynchronous call was being resolved. This would result in the user switching pages. So to avoid an unnecessary state update, we can simply handle it in our life cycle method componentWillUnmount. I simply set this._isMounted to false. So whenever the asynchronous API call gets resolved, it will check if this_isMounted is false and then it will not update the state.

This approach does get the job done, but as the React docs say:

This means that although we have avoided an unnecessary setState, the memory still hasn’t cleared up. There is still an asynchronous action happening which doesn’t know that the component life cycle has ended and it is not needed anymore.

Let’s Talk About The Right Way

Here to save the day are AbortControllers. As per the MDN documentation it states:

The AbortController interface represents a controller object that allows you to abort one or more DOM requests as and when desired. Read more ..

Let’s look a bit more in depth here. With code, of course, because everyone ❤ code.

Assume that we have 2 buttons, Download and Abort . The download button downloads a video, but what if, while downloading, we want to cancel that download request? We simply need to call myController.abort(). Now this controller will abort all requests associated with it.

If you want to read an even more extensive example about AbortController, the cool folks at MDN have this really nice and elegant example on their Github. You can check it out here.

I wanted to talk about these abort requests was because not many people are aware of them. The request for an abort in fetch started in 2015. Here’s the Original GitHub Issue On Abort — it finally got support around October 2017. That is a gap of two years. Wow! There are a few libraries like axios that give support for AbortController. I will discuss how you can use it with axios, but I first wanted to show the in-depth under-the-hood version of how AbortController works.

Aborting An XHR Request In Axios

The implementation I talked about above isn’t specific to React, but that’s what we’ll discuss here. The main purpose of this article is to show you how to clear unnecessary DOM manipulations in React when an XHR request is made and the component is unmounted while the request is in pending state. Whew!

So without further ado, here we go.

Let’s walk through this code

I set this.signal to axios.CancelToken.source()which basically instantiates a new AbortController and assigns the signal of that AbortController to this.signal. Next I call a method in componentDidMount called this.onLoadUser() which calls a random user information from a third party API randomuser.me. When I call that API, I also pass the signal to a property in axios called cancelToken

The next thing I do is in my componentWillUnmount where I call the abort method which is linked to that signal. Now let’s assume that as soon as the component was loaded, the API was called and the XHR request went in a pending state.

Now, the request was pending (that is, it wasn’t resolved or rejected but the user decided to go to another page. As soon as the life cycle method componentWillUnmount gets called up, we will abort our API request. As soon as the API get’s aborted/cancelled, the promise will get rejected and it will land in the catch block of that try/catch statement, particularly in the if (axios.isCancel(err) {} block.

Now we know explicitly that the API was aborted, because the component was unmounted and therefore logs an error. But we know that we no longer need to update that state since it is no longer required.

P.S: You can use the same signal and pass it as many XHR requests in your component as you like. When the component gets un mounted, all those XHR requests that are in a pending state will get cancelled when componentWillUnmount is called.

Congratulations! :) If you have read this far, you’ve just learned how to abort an XHR request on your own terms.

Let’s carry on just a little bit more. Normally, your XHR requests are in one file, and your main container component is in another (from which you call that API method). How do you pass that signal to another file and still get that XHR request cancelled?

Here is how you do it:

I hope this has helped you and I hope you’ve learned something. If you liked it, please give it some claps.

Thank you for taking the time out to read. Shout out to my very talented colleague Kinan for helping me proof read this article. Thanks to Kent C Dodds for being an inspiration in the JavaScript OSS community.

Again, I’d love to hear your feedback on it. You can always reach me out on Twitter.

Also there is another amazing read on Abort Controller that I found through the MDN documentation by Jake Archibald. I suggest you read it, if you have a curios nature like mine. 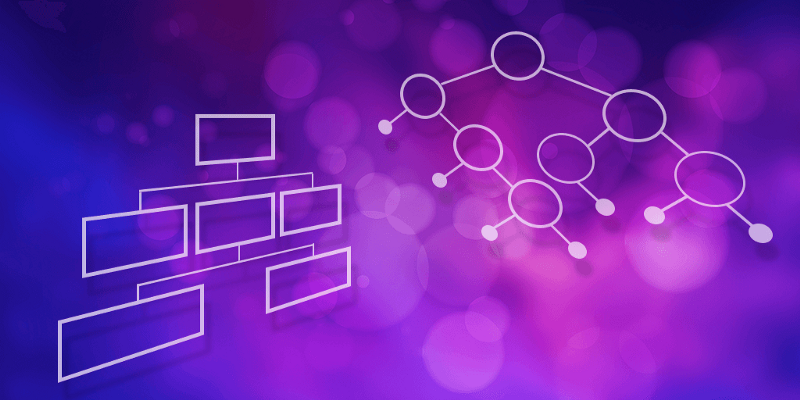 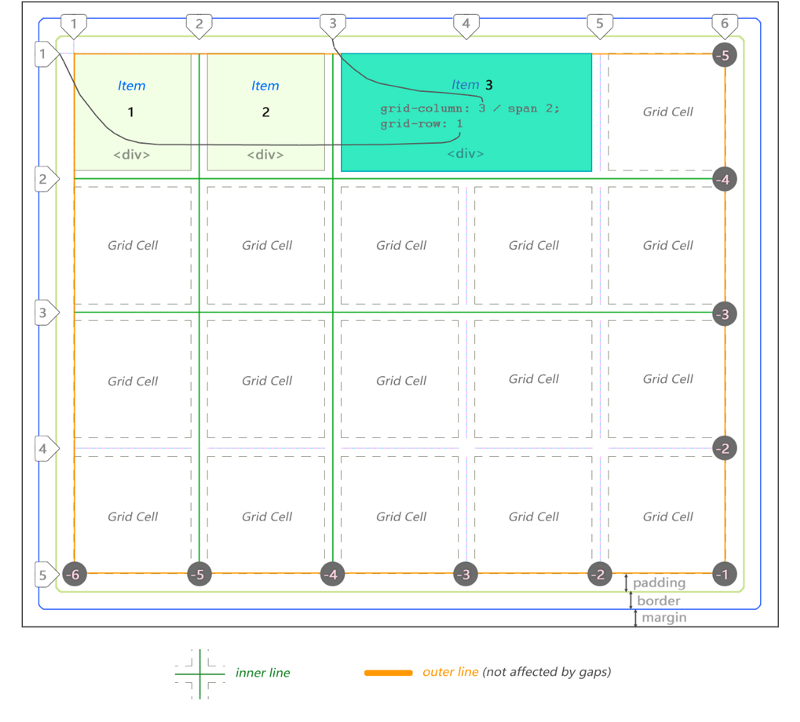