This article will go through a high-level overview of Redux-Logic. We will look at what is it, why it is needed, how it differs from other Redux middleware and why I think it’s the best choice. We will then see an example of a simple Weather app to demonstrate how the core concepts are put into practice.

This article assumes you have a good understanding of React and Redux.

A quick refresher on Redux

Redux is a state container for JavaScript applications and is commonly used with React. It provides a central place for storing data that is used across your application. Redux also provides a framework for making predictable state mutations. Using Redux makes it easier to write, understand, debug and scale data-driven and dynamic applications.

In Redux, components call action creators which dispatch actions. Actions are (usually!) small plain objects that express an intent or an instruction. The actions can also contain ‘payloads’ (i.e. data).

Why the need for Redux Logic?

By default, all actions in Redux are dispatched synchronously. This presents a challenge for any application that needs to support asynchronous behaviour such as fetching data from an API … so pretty much any application!

To handle async behaviour using Redux, we need some kind of middleware that does some processing between when the action is dispatched and when the action reaches the reducers. There are several popular libraries for providing this functionality.

After exploring the various options, I have been using Redux-Logic in a variety of projects for a while now and have found it to be great!

Redux-Logic provides middleware that performs some processing between when an action is dispatched from a component and when the action reaches a reducer.

An important thing to take away here is that all actions that Redux-Logic works with are plain objects. The action that is dispatched by the UI component and the action that is then dispatched by the Logic will always be a plain object (as opposed to, for example, a function). We will revisit this below when we compare different middleware options.

Under the hood, Redux-Logic uses ‘observables’ and reactive programming. Read more about that here.

Below, for comparison, is a diagram I created showing the important points in the lifecycle of a synchronous redux process. There is no middleware included (because none is needed!).

Now here is a diagram showing the important parts of a project that use the redux-logic library to handle asynchronous actions. This will be useful to refer to later alongside the example below.

You can see how the middleware operates in between when an action is dispatched and when it is handled by a reducer.

Main differences from other solutions

Redux-Thunk is a popular choice for Redux middleware that also allows you to support asynchronous behaviour. To handle asynchronous behaviour using Redux-Thunk your actions creators have to return functions as opposed to returning plain objects with Redux-Logic. I believe that dispatching plain objects with Redux-Logic makes your code much easier to write and much easier to understand.

Furthermore, I believe the ‘plain object’ approach for handling asynchronous behaviour fits more naturally alongside the rest of the (synchronous) Redux architecture, which makes this middleware fit in more organically with Redux.

Another popular Redux middleware is Redux-Saga. I found the learning curve of getting my head around sagas (a relatively new ES6 feature) quite steep when I looked at this option. This would be compounded if you wanted to introduce this library into an application managed by a team with several people. Additionally, I think that if they are not well managed, then sagas can create complicated-looking code compared to the Logic you create with redux-logic. This can impact development speed and code maintainability.

Below are simple snippets from a simple React application that can fetch the current weather conditions in a city and present it to the user. The example uses Redux-Logic to support asynchronous behaviour to fetch data using a free OpenWeatherMap API.

For comparison, I have included a synchronous Redux process that displays the number of requests a user has made.

Here is the source code.

These are the commands I ran to start creating my application:

And to see the app:

Happy that I could see the default Create React App homepage at localhost:3000, I then started writing some code!

Below are code snippets that show the important points about integrating Redux-Logic into the project.

Adding middleware to our Redux store

In appStore.js, if we were not using any middleware, we would normally only provide our root reducer to the createStore method. This is where we link our Redux-Logic middleware to the rest of our application.

We specify that we want to use axios as our client for making HTTP requests.

We then use a method from redux-logic to create our middleware and finally we add it as a parameter to the createStore method. This means our Redux code will be able to access our middleware. Great!

For completeness, you can see below that when a user clicks on a button we call an action creator that has been passed to our component as props.

This is where we first see the emergence of the redux-logic middleware coming into play. We are using the redux-logic library to create some ‘Logic’ that will intercept specified actions.

In our Logic properties we tell redux-logic which action we want it to intercept. We specify that we want redux-logic to only provide data from the last action of this type that the component dispatched. In our example this declarative behaviour is useful if people keep clicking a button as they will get the value from the latest action they dispatched, not necessarily the last promise to return!

Next we specify that when the asynchronous process returns we immediately dispatch one of two actions. If the promise returned successfully, we return a GET_WEATHER_FOR_CITY_SUCCESSFUL action. This is what we want!

Alternatively, if the promise returned was rejected then we dispatch GET_WEATHER_FOR_CITY_FAILURE.

This is where redux-logic really shines. It is clear what the intent of the Logic code is, and what is emitted are simple objects which are easy to read and interpret! I find this really easy to read, understand and debug.

At the bottom we make it clear what we want our asynchronous process to do. We want to return the value of a promise. Notice how we pass in the payload that came with our action into the URL.

You can see from the weatherDataHandling.js reducer that the actions dispatched from our Logic are then treated as plain object actions. Reducers mutate state in the same way as with synchronous actions. So the screenshot below is what you would expect from working with Redux before. Super!

Redux-Logic provides a clear and powerful middleware that allows you to use asynchronous actions in your Redux application. You add your middleware to your Redux Store to allow your application to use Redux-Logic. You use the redux-logic library to create Logic which intercepts particular actions and dispatches further actions after some asynchronous processing (like fetching data from an API) completes.

All of the actions that are involved are plain object actions. I believe this makes it easier to write and easier understand compared with other solutions. Furthermore, redux-logic feels like a more organic fit with the other parts of the Redux architecture.

Thanks for reading, I welcome any comments or questions below! 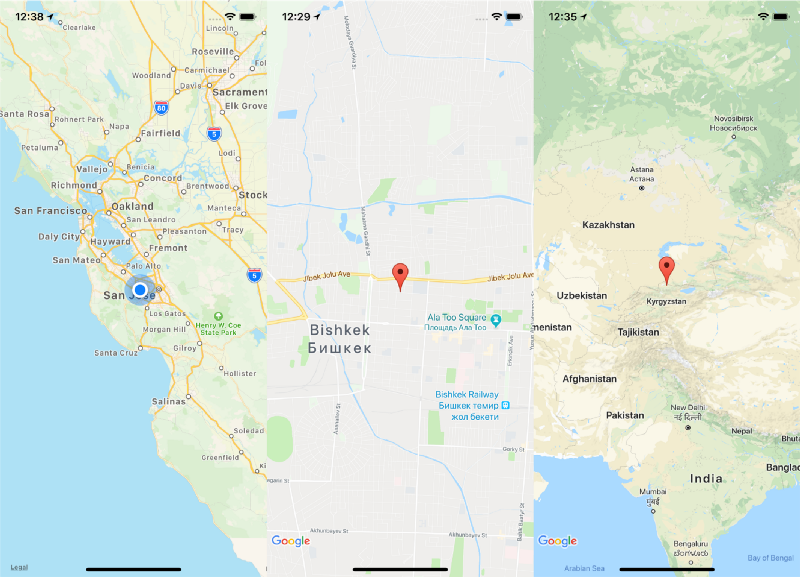