But, give it time. Soon, CSS will show you the true depths of its complexity.

There are four things you can do to stay sane while using CSS at scale: use proper semantics, modularize, adopt a naming convention, and follow the single responsibility principle.

In HTML and CSS there is the concept of semantic markup. Semantics is the meaning of words and their relationships. In the context of HTML, it means using appropriate markup tags. Here is a classic example.

Semantic HTML is pretty straightforward. On the other-hand, semantic CSS is much more abstract and subjective. Writing semantic CSS means choosing class names that convey structural meaning and function. Come up with class names that are easy to understand. Make sure they aren’t too specific. That way, you can reuse your classes.

From the code, you can immediately discern structure, role, and meaning. The parent class is stream, a list of articles. The child class is streamItem, an actual article within the list. It’s clear how parent and child relate to one another. Furthermore, those classes are used on every page that features articles.

You should be able to read HTML and CSS like a book. It should tell a story. A story has characters and relationships between them. More semantic CSS will ultimately make your code more maintainable.

For further reading, check out What Makes for Semantic Class Names, Naming CSS Stuff is Really Hard, and Semantics and Sensibility. For a longer read, see About HTML semantics and front-end architecture.

In the age of component-based libraries like React, modularization is king. Think of components as composable modules created by deconstructing interfaces. Below is Product Hunt’s front page stream. As an exercise, let’s break the stream down into various components.

Each colored outline represent a component. The stream has many stream items.

Most components can be broken down into even smaller components.

Each stream item has a thumbnail and information about a featured product.

Because the stream component is independent of its children and vice versa, you can easily adjust or switch out the post class without making significant changes to the stream class.

Thinking in components will help you make your decouple code. The more decoupled your code is, the lower the interdependence between your classes. This makes your code easier to modify and work with in the long run.

When modularizing your CSS, start off by breaking your design down into component. You can do this with paper and pencil or in a program like Illustrator or Sketch. Identifying components will give you an idea of how to name your classes and how they relate to one another.

Here is a short list of some of the naming conventions people use:

One of my favorite naming conventions is BEM. BEM stands for block, element, and modifier. Yandex, the Russian equivalent of Google, came up with it to issues they had with their CSS codebase at scale.

BEM is one of the simplest — yet strictest — of the naming conventions.

In the example above, the class search is the block and search button is its element. If we want to modify the state of the button, we can add a modifier like active.

One thing to remember about naming conventions is that regardless of which CSS naming convention you prefer, you will often times inherit or work on codebases with different standards. Be open to learning new standards and alternative ways of thinking about CSS.

You can read more about BEM in Getting your head ’round BEM syntax, BEM 101, and Intro to BEM. For general reading about different conventions, check out OOCSS, ACSS, BEM, SMACSS: what are they? What should I use?

Within the context of CSS, the single responsibility principles means that pieces of code, classes and modules should do only one thing. When applied to CSS file organization, this means that self-contained components like carousels and navigation bars should have their own CSS file.

Another common pattern in file organization is grouping files by functionality. For example, in the snippet above, all the files related to the carousel component are grouped together. Adopting this approach makes finding files much easier.

In the example, each style concern is separated into its own file. This way, if you want to update your colors, you know exactly where to look.

Regardless of which file organization convention you use, let the single responsibility principle help guide your decisions. If one file starts getting bloated, consider partitioning it out based on what makes logical sense.

When the single responsibility principle is applied to individual CSS classes, it means that each class should have only one function. In other words, separate out styles into different classes based on concerns. Here is a classic example:

In the example above, we are mixing concerns. The splash class not only contains presentation and styling logic for itself, but for its children as well. To remedy this, we can split the code into two separate classes.

Now we have a splash and splash content. We can use splash as a generic full-bleed class that takes any child. All of the concerns of the child, in this case the splash content, are decoupled from the parent.

Ask any good front-end developer or CSS architect and they will tell you that they’ve never been fully satisfied with their code. Writing good CSS is an iterative process. Start simple, follow basic CSS conventions and style guides, and iterate from there.

I would love to know how you approach CSS. What is your favorite naming convention? How do you organize your code? Feel free to leave a note or Tweet to me.

P.S. If you liked this article, it would mean a lot if you hit the recommend button or share with friends. 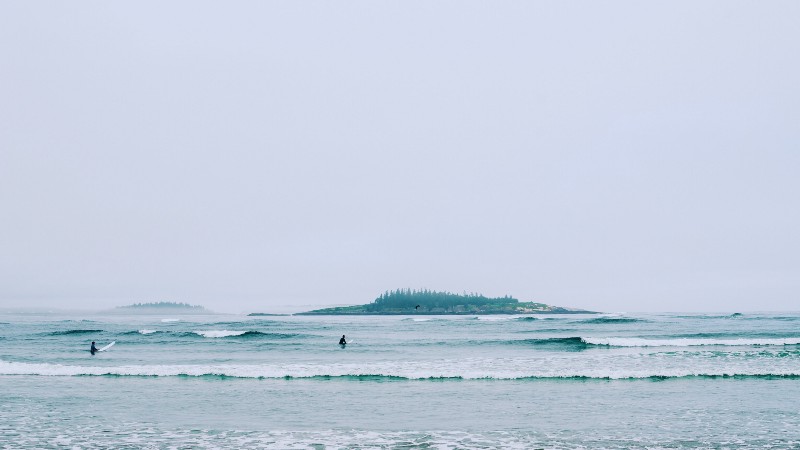