Linux is a powerful operating system that powers most servers and most mobile devices. In this guide, we will show you examples of how to use some of its most powerful features. This involves using the Bash command line.

The commands listed here are basic, and will help you get started quickly. But they’re also powerful, and they’ll continue to be useful as your Linux expertise expands.

Use these commands in scripts and at the command line. They’re all very powerful commands, and Linux’s main page has a lot more information about each one.

How to Create a User

Use the adduser or useradd command to add a new user to your system.

Be sure to replace username with the user that you want to create.

Use the passwd command to update the new user’s password.

How to Create a Sudo User

To create a sudo user, you need to create a regular user first using the command above, then add this user to the group of sudoers using the usermod command.

On Debian systems (Ubuntu/LinuxMint/ElementryOS), members of the sudo group have sudo privileges.

On RHEL based syatems (Fedora/CentOs), members of the wheel group have sudo privilages.

How to Delete a User

Note: All the above commands can be executed without sudo in root mode

To switch to root on ubuntu, run the  su -i command followed by the password of the user logged in. Prompt changes to # instead of $.

On Debian systems (Ubuntu/LinuxMint/ElementryOS), members of the sudo group have sudo privileges.

How to Create a Group

To create a group, use the command groupadd

How to delete group

To delete a group, use the command ‘groupdel’

The Linux find command is a powerful tool to help you locate files and directories on your server. With a little practice, you can easily track things down based on name, type, size, or date (when they were created or last updated).

Think of find as your eager helper:

You: “I’m looking for something on my server.”

Find: “I can help! What can you tell me about it?”

You: “It was a file, bigger than 2GB, somewhere under my home directory, updated in the last 48 hours.”

Other parameters are optional and can be combined in any ways you find useful:

man find will show you many more parameters, and is worth reviewing. Find can locate files by name, user, creation date, size and much more. Next time you’re looking for something, find it!

Example of how to write a Linux Bash Script

By typing commands on the Linux command line, you can give the server instructions to get some simple tasks done. A shell script is a way to put together a series of instructions to make this easier. Shell scripts become even more powerful when you add logic like if and while to automatically control how they behave as circumstances change.

Bash is the name of a command line interpreter, a program that makes sense of the Linux commands you enter at the command prompt, or in your script.

What’s in a Script?

A script is just a file. A basic script is made up of an introductory line that tells the server what to make of it, and one or more instructions to execute. Here’s an example:

The first line has special meaning, which we’ll discuss below. The second line is just a Linux command, one you could type out on the command line.

Comments are text you add to your script that you intend bash to ignore. Comments start with a pound sign, and are useful for annotating your code so you and other users can understand it.

To add a comment, type the # character, followed by any text that’s helpful you. Bash will ignore the # and everything after it.

Note: the first line of the script is not a comment. This line is always first, always starts with #! and has special meaning to bash.

Here’s the script from before, commented:

You can open a text editor, paste that example code and save the file, and you’ve got a script. Scripts are conventionally named ending in ‘.sh,’ so you might save that code as myscript.sh.

The script won’t execute until we do 2 things:

First, make it executable. (We’ll only have to do this once.) Linux relies extensively on file permissions. They determine a lot about how your server behaves. There’s a lot to know about permissions, but for now we only need to know this: you can’t run your script until you give yourself execute permissions. To do that, type:

Second, run it. We execute the script from the command line just like any other command like ls or date. The script name is the command, and you need to precede it with a ‘./’ when you call it:

Sometimes you want your script to do something only if something else is true. For example, print a message only if a value is below a certain limit. Here’s an example of using if to do that:

Similarly, we can arrange the script so it executes an instruction only while something is true. We’ll change the code so that the value of the count variable changes:

The output of this version of myscript.sh will look like this:

These examples aren’t terribly useful, but the principles are. Using while, if, and any command you might otherwise type manually, you can create scripts that do valuable work. 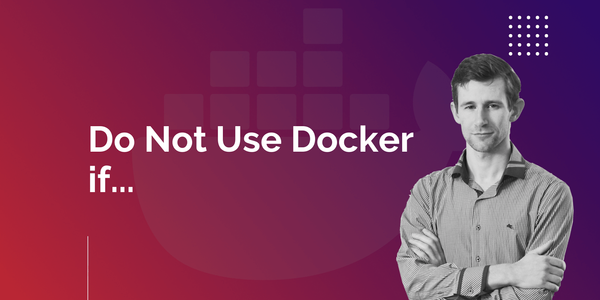