A while ago, I wrote about tokenizing a math expression, with Javascript as the language of choice. The tokenizer I built in that article was the first component of my quest to render and solve math expressions using Javascript, or any other language. In this article, I’ll walk through how to build the next component: the parser.

What is the job of the parser? Quite simple. It parses the expression. (Duh.) Okay, actually, Wikipedia has a good answer:

A parser is a software component that takes input data (frequently text) and builds a data structure — often some kind of parse tree, abstract syntax tree or other hierarchical structure — giving a structural representation of the input, checking for correct syntax in the process. The parsing may be preceded or followed by other steps, or these may be combined into a single step. The parser is often preceded by a separate lexical analyser, which creates tokens from the sequence of input characters

So, in essence, this is what we’re trying to achieve:

Let’s skip ahead a bit: “… The parser is often preceded by a separate lexical analyzer, which creates tokens from the sequence of input characters”. This is talking about the tokenizer we built earlier. So, our parser won’t be receiving the raw math expression, but rather an array of tokens. So now, we have:

For the tokenizer, we had to come up with the algorithm manually. For the parser, we’ll be implementing an already existing algorithm, the Shunting-yard algorithm. Remember the “some data structure” above? With this algorithm, our parser can give us a data structure called an Abstract Syntax Tree (AST) or an alternative representation of the expression, known as Reverse Polish Notation (RPN).

I’ll start with RPN. Again from Wikipedia, RPN is “a mathematical notation in which every operator follows all of its operands”. Instead of having, say, 3+4, RPN would be 3 4 +. Weird, I know. But the rule is that the operator has to come after all its operands.

Keep that rule in mind as we take a look at some more complex examples. Also remember that an operand for one operation can be the result of an earlier operation).

Because the operator has to come after its operands, RPN is also known as postfix notation, and our “regular” algebraic notation is called infix.

How do you evaluate an expression in RPN? There’s a simple algorithm I use:

Hope you made an A in my little crash course on RPN. You did? OK, let’s move on.

Wikipedia’s definition here might not be too helpful for many of us: “a tree representation of the abstract syntactic structure of source code written in a programming language.” For this use case, we can think of an AST as a data structure that represents the mathematical structure of the expression. This is better seen than said, so let’s draw a rough diagram. I’ll start with an AST for the simple expression 3+4:

Each [] represents a node in the tree. So you can see at a glance, that the two tokens are brought together by a the + operator.

Ah, a lovely little syntax tree. It links up all tokens and operators perfectly. You can see that evaluating this expression is much easier — just follow the tree.

So,why is an AST useful? It helps you represent the logic and structure of the expression correctly, making it easier for the expression to be evaluated. For instance, to evaluate the above expression, on our backend we could do something like this:

In other words, for each operator (or function) node that the evaluator/compiler/interpreter encounters, it checks to see how many branches there are, and then evaluates the results of all those branches with the operator.

Okay, the crash course is over, now back to our parser. Our parser will convert the (tokenized) expression to RPN, and later to an AST. So let’s begin implementing it.

Here’s the RPN version of the full algorithm (from our friend Wikipedia), and modified to fit with our tokenizer:

While there are tokens to be read:

2. If t is a Literal or Variable, push it to the output queue.

3. If t is a Function,push it onto the stack.

4. If t is a Function Argument Separator (a comma), pop operators off the stack onto the output queue until the token at the top of the stack is a Left Parenthesis.

b. at the end of iteration push t onto the operator stack.

6. If the token is a Left Parenthesis, push it onto the stack.

8. If the token at the top of the stack is a Function, pop it onto the output queue.

When there are no more tokens to read, pop any Operator tokens on the stack onto the output queue.

(Side note: in case you read the earlier article, I’ve updated the list of recognized tokens to include the Function Argument Separator, aka comma).

The algorithm above assumes the expression is valid. I made it this way so it’s easily understandable in the context of an article. You can view the full algorithm on Wikipedia.

You’ll observe a couple of things:

Now, lets update our Token class so that we can easily access the precedence and associativity via methods:

So here’s what we have:

I won’t delve into the algorithm’s implementation so I don’t bore you. It’s a pretty straightforward task, practically a word-for-word translation of the algorithm to code, so at the end of the day, here’s what we have:

The toString function simply formats our RPN list of tokens in a readable format.

And we can test out our infix-to-postfix parser:

Time to plant a tree

Now, let’s modify our parser so it returns an AST.

To generate an AST instead of RPN, we’ll need to make a few modifications:

Now, how is our infix-to-AST algorithm going to run? Basically, the same algorithm, with a few modifications:

3. Our parser should now return a single node, the node at the top of our AST. Its two branches will contain the two child nodes, whose branches will contain their children,and so on, in a recursive manner. For instance, for an expression like 3 + 4 * 2 / ( 1–5 ) ^ 2 ^ 3, we expect the structure of our output node to be like this (in a horizontal form):

In the diagram above, the => represent the branches of the node (the top node is the left branch, the bottom one is the right branch). Each node has two branches, and the nodes at the end of the tree have theirs pointing to null

So, if we put all this together, here is the code we come up with:

And if we demo it:

Slowly, but surely, we’re getting closer to understanding what makes compilers and interpreters tick! Admittedly, the working of modern-day programming languages and their toolkits is a lot more complex than what we’ve looked at thus far, but I hope this proves to be an easy-to-understand introduction to them. As a number of people have pointed out, tools exist to automatically generate tokenizers and parsers, but its often nice to know how something actually works.

The concepts we covered in this article and the previous are very interesting topics in the field of computer science and language theory. I still have a lot to learn about them, and I encourage you to go ahead and research them if they interest you. And drop me a line to let me know about your progress. Peace! 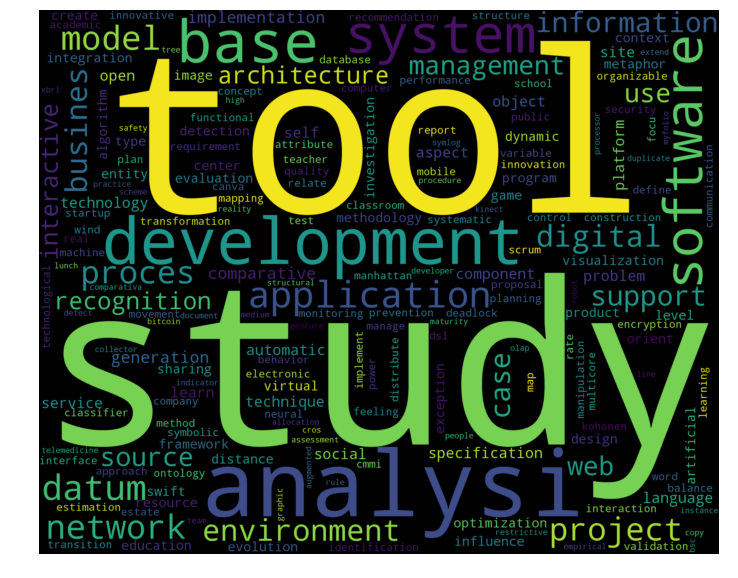