A quick guide to test-driven development in React

Following the principles of Test-Driven Development (TDD) when writing a front-end React app might seem more difficult than doing the same on the back-end.

First, we need to somehow render our component. Then we need to simulate user interaction with a browser. Next we respond to changes in props and state, and finally come up with a way to test asynchronous methods triggered by the click of a button.

Trying to cover all these cases in our tests often results in tests that are difficult to read. They also often depend on one another. We mock a lot, and in return we have tests full of anti-patterns.

From what I’ve seen, many programmers create working React components first.Then they try to cover them with tests, just to realize that the components cannot be tested in their current implementation. Then they need to refactor. Because of that they lose patience, time, and their employer’s money.

Fortunately for us, there are many testing libraries that can help us address these problems. We can try rendering React components with Enzyme and mock API responses using MockAxios. However, these libraries usually have so many methods and options that it might get confusing, especially for people who have just started writing tests.

Let’s take Enzyme for example — what’s the difference between the Shallow, Mount and Render methods? And which should you use? This is not what you should be worried about when you write your tests, in my opinion. It should be as straight forward as possible.

For our Quick Guide purposes, we’re going to create a small React app. After clicking on a button, a random joke about Chuck Norris will be fetched and displayed.

No one has ever pair-programmed with Chuck Norris and lived to tell about it.

Kick-off by creating a React project in CodeSandbox, and then install the following dependencies (Jest is already pre-installed if you started from the link above):

Each time before we create a component we will write a failing test first and then try to make it pass. Let’s start by writing a test for our dummy component <Joke /> which will render a text from props.

Reading from the top: we use a render method from the react-testing-library and pass the &lt;Joke/> component (which does not exist at this point) into it. It returns an object containing a few very useful methods (find the full list of available methods here) — for example getByTestId. It then returns an HTML element based on data-testid as an argument.

Next, we write an expect using above method and data-testid, and check if the element contains the text from props. After running the tests, we get:

Joke is not defined

Yep, we want it to fail! <Joke /> does not exist yet, remember? We have only created an empty joke.js file so far. We wrote a test in which we can clearly see what we expect the component to do. Now our job is to make the test pass without modifying the test code. Let’s do that then:

Now, if you did everything just like I did, the test should pass :)

Our second component will be responsible for fetching a random joke after a user clicks a button. We’ll save it in the component’s state and pass it down to our <Joke /> component. We would also like to display a default message when no joke has been loaded yet.

Of course, we start with test first. It is a bigger component, so we’ll be writing the test step-by-step. We’ll also make sure it is passing as often as possible.

We are already familiar with the render method, but this time we are taking getByText from the return object. As you might have guessed, the method returns an HTML Element if one exists in the DOM.

Run the tests and….

You know what to do with it:

The test is still failing, but this time it outputs a different error:

Unable to find an element with the text.

You haven’t loaded any jokes yet. This could be because the text is broken up by multiple elements. In this case, you can provide a function for your text matcher to make your matcher more flexible.

Let’s quickly fix that by introducing a state to our component and displaying a default message when there is no joke in the state.

Tests are passing now, so we can move on to add new functionality. Imagine that when we click on a button, the default text in the component disappears to make room for a “Loading…” message. Sounds pretty straightforward, right? We can test this scenario with only three lines of code!

Let’s import the Simulate method first, as we’re going to need that:

The difference between queryByText and getByText is in what each one returns when the element is not found. The first one returns null and the second one throws an error message. Re-running the tests:

Unable to find an element with the text: Load a random joke…

We need to create a button and set the onClick method which will set the loading state to true.

Just like that the test is passing again. Now it’s time to fetch our random joke! Well… it won’t be random in our tests. We’ll mock it using MockAxios.

Above our tests in jokeGenerator.test.js, insert these two lines of code:

The first line creates a new instance of MockAxios with a random delay. The second line takes and executes a callback function after running all the tests in this file, and removes the mocked state from axios.

At the top of our second test where we test the <JokeGenerator /> component, add:

It mocks the response of any GET call done via axios. At the end of the same test:

The wait method waits (4500ms by default) until a callback function stops throwing an error. It is checked at 50ms intervals. Basically we’re just waiting until the loading message disappears from the DOM.

wait is also available as a separate npm package (react-testing-library uses it as a dependency). It was created by Łukasz Gozda Gandecki.

After making all of the code modifications and running the tests, we should get the following fail message:

Expected the element not to be present
Received : <div>Loading…</div>

What do you think it might be? According to our test, we expect the loading message to be gone. Additionally, we want to fetch our joke from the API and save it to the state so that next expect passes.

Tests should pass again now. We are sure that everything works as expected…aren’t we? Notice that we have never opened our browser and verified manually if our app even works…However, thanks to how we were writing our tests (so that our tests resemble the way the user would use the application), we can be almost 100% sure that our small app is simply working.

As the last piece of code, let’s add this to the index.js and open the browser :)

Because of the way we wrote our tests, we can utilize them as e2e tests without adding a single line of code! All we need to do is to remove all the lines related to MockAxios and run the tests again! They will now use a real external API. Cool, isn’t it? :)

All the code is available on the project’s CodeSandbox. I really encourage you to get familiar with a full react-testing-library documentation. You’ll find there many more examples and use cases.

I hope you enjoyed my Quick Guide to TDD in React, and that you’ve learned something new today. 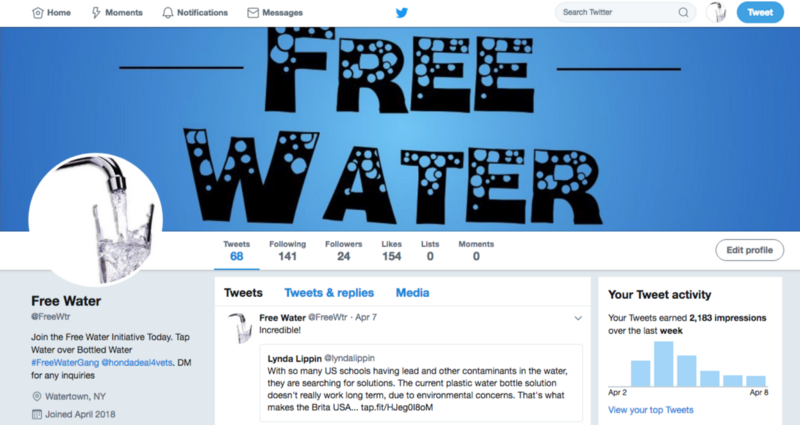