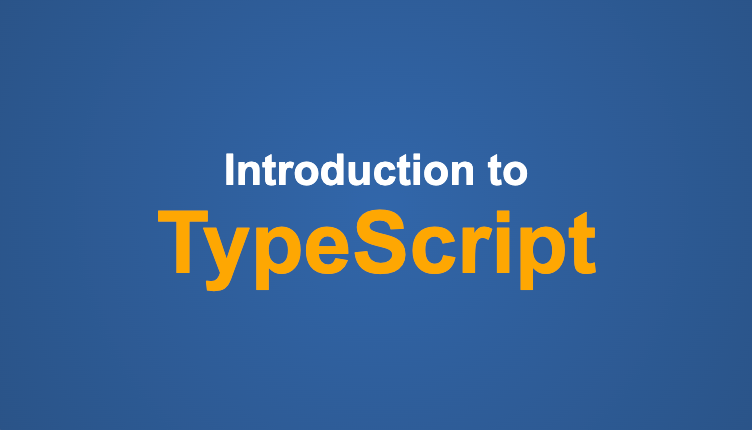 Click on the image to go to the Scrimba course

TypeScript has been gaining a lot of popularity amongst JavaScript developers in the last few years. And it’s no wonder, as TypeScript code tends to be less error-prone, more readable and easier to maintain.

So we’ve partnered up with the eminent online instructor Dylan C. Israel and created a free TypeScript course on Scrimba. The course contains 22 lessons and is for people who already know JavaScript but who want a quick intro to TypeScript.

Take the course for free here.

Now let’s have a look at each of the lectures in the course.

In the introductory screencast, Dylan gives an overview of why you should learn TypeScript, and how the course is laid out. He also tells you a little bit about himself, so that you are familiar with him before jumping into the coding stuff.

Compile time type-checking is one of the most important features of TypeScript. It lets us catch errors related to the types of data at compile time. This lesson explains the data types available in TypeScript.

You can see how we have types attached to all the variables. If we try to put a string value in place of a number type variable, TypeScript will catch it at compile time.

In TypeScript, we keep a single type for a variable but that is not possible every time. So, instead, TypeScript provides us with theany type. This means we can assign multiple types of values to one variable.

Above, we’ve declared myVariable with any type. First we assigned it a string, next a number, and finally a boolean. This is possible because of the any type.

Sub types are used when we are unaware of the value of the variable. TypeScript provides us with two sub types: null and undefined. This lesson explains when we should use either of those.

The variable myVariable has been assigned the value of undefined because, at this point in time, we don’t know what it is going to be. We can also use null here.

Part 5 talks about the difference between implicit and explicit typing. In the examples above, we saw explicit types where we set the type of the variable. Implicit typing, on other hand, is performed by the compiler without us stating the variable type.

In this example, we have not assigned any type to the variable. We can check the type of this variable using thetypeof function. This will show that myVariable is of string type because the compiler took care of the typing.

Type assertion means we can cast a variable to any particular type, and we tell TypeScript to handle that variable using that type. Let’s try to understand it with an example:

variable1 has the type of any . But, if we want to check its length, it will produce an error until we tell TypeScript to handle it as a string. This lesson explains more details about this concept.

This part of the course explains TypeScript arrays. In JavaScript, when we assign values to an array, we can put in different types of items. But, with TypeScript, we can declare an array with types as well.

In the above example, we declared an array of numbers by assigning it the number type. Now TypeScript will make sure the array contains only numbers.

Sometimes we need to store multiple types of values in one collection. Arrays will not serve in this case. TypeScript gives us the data type of tuples. These are used to store values of multiple types.

This example shows that we can have data items of number and string types in one collection. This lesson explains the concept of tuples in more detail.

In this lesson, we will learn about enums in TypeScript. Enums are used to define a set of named constants which can be used to document intent or to create a set of different cases.

Here is a basic example of how enums are declared, and how different properties are created inside them. The rest of the details are explained in this section of the course.

In JavaScript, objects have a pretty major role in how language has been defined and has evolved. This lesson talks about objects in TypeScript — how to declare an object, and which kinds of values can fit inside the object type.

Using TypeScript, we can also assign types to the parameters of a function. In this section of the course, Dylan explains how we can add types to parameters. This is a very useful way to handle errors regarding data type in a function.

We have declared a function multiply which takes two parameters and returns the value from multiplying them. We added a type of number to both the parameters so that no other value except a number can be passed to them.

We have added a return type of number to the function. Now, if we return anything except a number, it will show us an error.

In TypeScript, we can create a custom type using the keyword of type. We can then type-check objects on the basis of that type.

This feature is almost deprecated in TypeScript, so you should rather use interface or class for this purpose. However, it’s important that you get to know it, as you might come across custom types when you start to dive into TS code.

In TypeScript, the core focus is on type-checking which enforces the use of a particular type. Interfaces are a way of naming these types. It’s basically a group of related methods and properties that describe an object. This part of the course explains how to create and use interfaces.

In the example above, we have an interface Person which has some typed properties. Note that we don’t initiate data in interfaces, but rather define the types that the parameters will have.

A barrel is a way to rollup exports from multiple modules into a single module. A barrel is, itself, a module, which is exporting multiple modules from one file. This means that a user has to import just one module instead of all the modules separately.

Instead of using these multiple lines separately to import these modules, we can create a barrel. The barrel would export all these modules and we import only that barrel.

We can simply create a TypeScript file and export the modules from their respective file. We can then import this barrel wherever we need it.

When using interfaces, we often face a number of problems. For example, interfaces can’t seem to enforce anything coming from the server side, and they can't keep the default value. To solve this issue, we use the concept of models classes. These act as an interface, and also may have default values and methods added to them.

In the example above, we have three interfaces and we are creating different objects from them. For example, food1 is going to be either FastFood or HealthyFood. Similarly, food4 is going to be FastFood as well as ItalianFood.

In short, generics is a way to create reusable components which can work on a variety of data types rather than a single one.

The concept of generics is actually not available in JavaScript so far, but is widely used in popular object-oriented languages such as C# or Java. In this lesson, we’ll learn how to use generics in TypeScript, and look at its key benefits.

The idea of access modifiers is relatively new in the arena of JavaScript and TypeScript, but they have been available in other object-oriented languages for a long time. Access modifiers control the accessibility of the members of a class.

In TypeScript, there are two access modifiers: public and private. Every member of a class defaults to public until you declare it otherwise.

customerId is a default public member, so it’s always available to the outside world. We have specifically declared companyName aspublic, so it will also be available outside of class. address is marked as private, therefore it won’t be accessible outside the class.

In this lesson, we’ll learn the steps to install and run TypeScript on local computers. Those steps generally involve installing Node and TypeScript, and then compiling “.ts” files.

Yay! You’ve completed the course. In the last part of the video, Dylan will give some tips on how to take this learning further and improve the code we write today.

In this lesson, he also covers how you can use the amazing TSLint. This tool helps you write better production level code using best practices and conventions. It comes up with some basic settings which you can modify to meet your needs.

So go ahead and take this free course today!