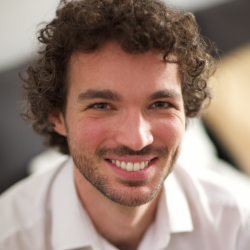 Most of us are aware of the benefits commercial openness has brought to the world.

25% of the websites use WordPress, 79% of servers run on Linux, and Arduino boards are helping thousands of people around the world start their electronic projects.

But many open projects still license their work under a Creative Commons Non-Commercial license, or an open license that doesn’t allow for commercial re-use. Not to mention all the companies who patent their creations.

If this is your case, you might be preventing commercial re-use in hopes that no one else will profit from your creation. This way you might be able to profit further down the line.

You want to reserve the right to commercialize your work. You want to get others to ask for permission to license your creation first.

But this non-commercial license is putting off potential partners by being too restrictive and lowering the adoption of your project.

So yes, the world is becoming more open and people are getting less and less wary of how their work is re-used.

This might be evidence enough to show people see commercial benefits in giving complete open access to re-use and re-sell their creations.

But let’s find out the exact reasons openness could be good for your business.

When you allow for commercial reuse of your creation — whether it’s software, hardware, education or any artistic endeavor — it is more likely that you’ll get others to build an ecosystem around your creation.

If people can’t sell what they create on top of your creation, they are less likely to use it altogether. This prevents others from enhancing your project and creating a larger ecosystem of innovations around it.

And if you get hit by a bus (god forbid), your work can still live on without you.

So let’s see some examples of the surprising benefits free licenses have over non-free licenses.

Getting Repaid and Employed by Your Users

An extreme example of this is MySQL. They developed an open source database solution that had over 15 million users of their product and 15 thousand paying customers. So 1 paying customer for every 1,000 users.

It might not seem like much, but it worked for them. They had enough cash to pay for their expenses.

They had huge non-paying users like Craigslist or Facebook. Craigslist wanted to pay them, but they didn’t know how, so they sent them $10,000.

Facebook was another big non-paying user until the day they were growing so fast that they had too much to do. So ultimately they asked MySQL to maintain their databases and bought a support contract to keep Facebook going.

Facebook later became one of their biggest customers. In software, most projects will use an open source project to save money. But big projects with more important things to do, will pay you to get it done.

The lesson here, is that allowing others to make commercial use of your creation will allow others to reach heights they wouldn’t have imagined possible without your help.

Once there are bigger companies that use your solution, you can look for those that make money with it. Offer them your help and they’ll probably be happy to pay to unburden themselves on you, the inventor and expert of the open source software or hardware that they are using.

Get distribution well beyond your means

For Nina Paley, filmmaker and cartoonist, sharing her work through an open license has helped her get over the hell of making a self-produced animated movie to making money.

At first, her movie “Sita Sings the Blues” was losing money at every turn because of copyrights. Its release was delayed by the prohibitive cost of licensing 80-year-old songs from little-known singer Annette Hanshaw.

“When my film was still illegal and hemorrhaging money to legal and licensing costs, I joked that if the film were free, I could sell T-shirts,” Paley said.

This was the kindle to look up how people made a living giving away free software.

“I realized that merchandise and voluntary support is actually where the money comes from,” Paley recalls.

So she went on to share her film under a Creative Commons BY-SA license for anyone to download for free. It was picked up by Roger Ebert and other critics and went on to be viewed millions of times all over the world. So she made it available to purchase on DVD and also sold merchandise around her movie characters.

From that point on she claims that “I’ve never had more money coming at me than when I started using Creative Commons BY-SA. I have a higher profile. I don’t spend anything on promotion. My fans are doing it for me and buying merchandise. Sharing put me on the map.”

If your work is good, people will be naturally inclined to share it, even commercially.

Making it easy for others to redistribute your work will bring more people to your shop than you could have ever on your own.

An army of crazy remixers who make your invention more valuable

When Massimo Banzi and David Cuartielles launched Arduino in 2005, they decided to publish their hardware designs under a Creative Commons BY-SA license. This meant anyone could copy their design and sell it without giving money back if they didn’t want to.

And this is exactly what made Arduino the most popular micro-controller for DIY hardware geeks.

This allowed people to build things with Arduino from scratch. They were not competing with Arduino, but creating further uses of their idea.

Allowing people to reuse their work, made it possible for users to stop reinventing the wheel and to create their commercial or hobbyist projects. And this is what has allowed Arduino to redefine the de-facto standard for micro-controllers, strengthening their sales too.

Linux has seen an ecosystem of commercial companies grow around it:

So you could say that Linux also empowered others to create over $5 billion in market value in 2015 across different industries. This makes every company using it interested in the success of the open source project, and that’s why they support the foundation responsible of maintaining it with millions of dollars every year.

WordPress also has an ecosystem of commercial companies and freelancers that has spawned around them:

Automattic, the company responsible for WordPress, makes over $50 million in revenue, and it has enabled WordPress users to create a $1 billion market.

Because Arduino’s circuit designs are licensed with CC BY-SA, so too are these derivative projects. The same goes for WordPress and Linux’s GPL license.

Everyone is free to do as they please with the designs and the code, but they have to release the work built on top of these platforms under the same license, creating a chain reaction of crowd creation.

Because all of these projects are open source and allow commercial reuse of their inventions, their teams don’t have to provide support. The community is more inclined to help and is of course more forgiving of a lower customer support.

“By putting the Creative Commons stamp on circuit designs and board layouts, we were able to turn hardware design into a piece of culture that people can build upon,” Banzi says. “Whatever happens to us, the project will always survive.”

I said before that if people can’t sell what you created, they are less likely to use it altogether. But this might be something you actually want.

You might have created an algebra educational video under a Non-Commercial license because you don’t want “Big Bad Corporations” to rip it and take advantage of your freely available work.

But since the license applies the same to everyone, you are also preventing small Ethiopian education startups from using it. And you might want them to be able to use it.

What’s more important to you? Stopping big corporations from ripping off your work or helping more people innovate with it?

Clarifying your goals and values might help you find out.

If you want to get a chance to make a profitable open business there are three conditions you need to fulfill:

And if you were worried others would take your invention without giving back, remember that gratitude can manifest in ways much more powerful than money alone.

Giving away your inventions will attract more opportunities, users and contributors than you could imagine by building a company the old school way.

If you liked this post, and would like to get more articles on how open source can help your business or project you can sign up here. You’ll also get my guide to find a profitable idea, and the techniques to find customers for your open project.

A special thanks to Quincy Larson from Free Code Camp, to Timothy Vollmer from Creative Commons, and to Marie-Anne Bernasconi from Estrelab for their reviews and insightful comments on the first version of this article :)

Also, I took Arduino and Nina Paley’s examples from this great research by Catherine Casserly and Joi Ito. If you want to see more examples of the business benefits of total openness, you should check the report out.

I'm an open source advocate. I write and share about how to make open source work for its creators at boldandopen.com. Preparing a course on community building and funding for open creators.