Movie trailers in 2016 promised viewers so many strong female characters. Jyn Erso. Dory. Harley Quinn. Judy Hopps. Wonder Woman. I felt like this could be the year for gender equality in Hollywood’s biggest films.

And I don’t make this statement lightly.

As a scientist, I turn to data to answer questions I have about the world. And I’ve got the data to back up my claim. In fact, you can have the data, code, and resulting data visualization that I made trying to better understand this topic. But first, let me tell you how I became so interested.

It all started when I went to see Rogue One: A Star Wars Story. All promotional materials for the movie indicated that Jyn Erso (played by Felicity Jones) was the main character. I mean, just look at the poster.

When your picture is several times larger than everyone else’s, you’re probably the main character.

What I didn’t notice at first was that Jyn is the only woman on that poster.

I went into the movie theater expecting to see men and women fighting side by side. I left feeling certain that I could count every female character from the movie on one hand. While Jyn was the main character, I was profoundly aware that she was often the only woman in any scene.

It felt strangely familiar to have a lead female character be so outnumbered. Then I realized that Jyn and Princess Leia suffered the same inequality 39 years apart. I was overwhelmed with a need to know exactly how female representation in Star Wars movies has changed. But it seemed unfair to compare movies made today with movies made decades ago.

So instead, I decided to look for female equality across the Top 10 Worldwide Highest Grossing Films of 2016. They were:

With so many powerful women in these films, some of them must be gender-equal, right?

Now that I decided what I wanted to investigate, I needed to figure out how to do it. Similar data exploration projects have focused on dialogue or screen-time equality. Both seemed like good options, but I wanted the ability to report on equality at the movie and character level.

In the end, I decided to explore the movies’ dialogue. This choice gave me the ability to focus on characters with an active role in the story and to cut non-speaking characters from my analysis.

Luckily for me, dedicated movie fans often transcribe a movie’s dialogue and make it freely available online. If I couldn’t find a transcript, I used closed-caption files instead. For those, I re-watched the movie and manually assigned characters to their spoken lines.

This process was a labor of love. It was time consuming, but I have no regrets.

Once I had all of the transcripts, I just needed to read the .txt files into R and separate the characters from their lines. For the Rogue One transcript, that process looked like this:

Now that I had a data frame with both Character and Words columns, I had to assign genders to each Character. To remain consistent with my categorizations, I came up with a few simple rules:

I’ll be the first to say that these methods are not perfect. In fact, here are some caveats:

Again, I am far from infallible, so if you caught a mistake on my part, please let me know.

So now I just needed to count the number of words spoken by each character. Again, I was able to do this in R using the dplyr and stringi packages.

It’s worth noting that I included every speaking character in this analysis. So yes, every stormtrooper who shouts a simple “Wait, stop!” before getting shot is included.

I had my data. Unfortunately, tables upon tables of word counts and character names don’t give anyone much insight. Like any good data exploration project, it was time to visualize my results. I had to work through a few iterations before I found the best one.

Scatterplots and bar charts both masked characters with small roles.

A simple bubble chart was better but it became difficult to identify individual characters. It was also challenging to understand movie-level statistics.

In the end, I decided to learn enough d3.js to make an interactive graphic. Here, each bubble represents a character, and the bubble’s area is scaled based on the number of words spoken. Female and male bubbles can be separated for better insight. The stacked bars below indicate movie-level information.

Go ahead, check out the full interactive version.

Interested in exploring the raw word-count data for yourself? I’ve made all of the data and code used to generate these visualizations open source. It’s available here:

Ok, so the analysis is done. I’ve got a fancy (and fun-to-play-with) visualization. What did I find?

I recommend taking a quick second to look at something “a-Dory-ble” before going on, because this post is about to get real depressing real fast.

All right, here we go.

This is a static version of what the visualization for all 10 movies looks like:

(If you’d like to check out the interactive visualization, go here.)

There are a couple of things here that I need to point out:

Finding Dory was the closest to this level of equality with 43% female characters. To be equal, the movie would have needed 8 more speaking, female roles.

Rogue One was the worst. Only 9% of its speaking characters were female. Of those 10 characters, 1 was a computer voice, 1 appeared on screen for no more than 5 seconds, and 1 was a CGI cameo that said 1 word.

Finding Dory comes out on top here too with 53% female dialogue. But, 76% of that dialogue came from Dory alone.

Trailing at the end was The Jungle Book with only 10% of its dialogue spoken by a female character. Keep in mind, this is after casting Scarlett Johansson as the voice of the historically-male snake, Kaa.

I started this project because I had a feeling that Rogue One’s cast and dialogue were not equally divided between male and female characters. I was shocked (and saddened) to find that almost none of the top 10 movies from last year were gender equal.

We can do better.

Added: If you’re looking for more studies and data explorations like this, check out:

TL;DR Version: Women represent (on average) 30–35% of speaking roles across each of these investigations.

Added: Have questions or comments about my methodology or conclusions? Check out my follow-up article featuring the most frequently asked questions.

If you liked this article and want to see more like it, please click the green heart below and share away on your social media network of choice.

I am currently spending my time working on personal projects and data visualizations like this while I look for a data science job. So, if you have a fun project idea (or a job inquiry) you’d like to discuss with me, please reach out to me on Twitter or by email. 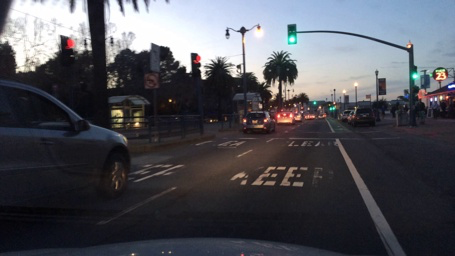