Yeah hooks are good, but have you tried faster React Components?

5 simple tips to improve the performance of a React application

Note: This article is not meant to perf-shame you. If you’re a beginner in React, don’t focus on performance issues but rather on getting comfortable and productive with it.

The performance of a React application can be defined by how long the user should wait before seeing the UI resulting from a certain interaction.

This article aims to point out some general performance issues in React applications with concrete examples and provide simple solutions to solve them. It includes changes related to the latest version of React (16.8.2) at this time, which comes in with support for Hooks.

About the render function

This is a rewrite, in my own words, of this very nice explanation of the “reconciliation” and “diffing” concepts in React.

If you write your component using a class, then by render function, I am referring to the render method of the class:

If you write your component as a function, then by render function, I am referring to the component function itself:

When does render happen?

The render function of a component Foo is called in 2 cases:

a. State update in a class component that extends React.Component:

I added a console.log statement that is printed every time the render function is called.

Notice how the render function is called whenever we trigger a state update, even when the value stops changing.

Therefore, in a class component that extends React.Component, the render function is called whenever a this.setState is triggered.

b. State update in a functional component:

Let’s implement the same component as a function, using the useState hook:

Notice how the render function is called whenever we trigger a state update but stops being called when the value doesn’t change anymore.

Therefore, in a functional component, the render function is called whenever the state value changes.

2. When the parent container re-renders:

Whenever we click the “Change name” button in the App component, it’s re-rendered. Notice how Foo is re-rendered as well regardless of its implementation.

Whether you’re implementing your component as a class component that extends React.Component, or as a functional component, the render function is called again whenever the parent container renders again.

What happens in the render function?

Two steps happen in order whenever the render function is called. It’s very important to understand both steps in order to know how to optimize a React application:

In this step, React compares the new version of the tree returned by the new call of the render function with the old one. This step is necessary to React to decide on how to update the DOM. Although React performs this step using highly optimized algorithms, it still comes with a cost.

Based on the result of diffing, React updates the DOM tree. This step has also a cost since unmounting and mounting nodes in the DOM doesn’t come for free.

Whenever the count in the state of the parent App is updated, both CounterLabel and List re-render.

It’s perfectly normal that CounterLabel is re-rendering here since the output of its render is based on the count value.

But in the case of List , it’s actually an unnecessary update since the output of its render is independent of any change in the count value. Although React won’t update the DOM in the reconciliation phase since it’s exactly the same one, it still performs work in the diffing phase to compare the previous tree with the new one.

To avoid such unnecessary diffing costs, we should consider placing certain state values lower in the tree hierarchy. In this case, placing the count value in the state of CounterLabel solves the problem.

Let’s look at the following example:

We are rendering a range of numbers from 0 until a certain limit . Whenever the user changes the limit, we detect that in the componentDidUpdate and we set the new numbers list based on it.

The code works and achieves the requirements. However, it can be optimized.

Our logic generates the following problems:

To improve this, we should avoid changing the numbers in a separate state update. Instead, we change them in the same state update:

We saw in the previous example that in some cases, placing certain state values lower in the tree hierarchy helps avoid unnecessary render calls. Unfortunately, that is not always possible.

In this example, both Foo and Bar are re-rendered whenever the isFooVisible value is changed in the state of their parent component App .

In this case, it’s necessary to place the isFooVisibile value in the state of App in order to decide on whether Foo should be rendered. Therefore, we can’t really move that value down in the state of Foo. Yet, it’s absolutely unnecessary to re-render Bar when that value changes, since the render output of Bar is independent of it. We only want to re-render Bar when its prop name changes, since its render output is dependent on it.

One way to solve this is to memoize Bar :

This will make sure not to re-render Bar unless name changes its value!

You can also reach the same solution if the Bar component is a class by extending React.PureComponent instead of React.Component :

Therefore, one way of avoiding unnecessary render calls of a component A, is to memoize that component by using React.memo if it’s a function or by extending React.PureComponent if it’s a class.

Should every component be a PureComponent or memo?

If the previous tip avoids us unnecessary re-renders, why don’t we just PureComponent for every class component and React.memo for every functional one? Why do we even have React.Component if there is already a better version of it? Why isn’t every functional component memoized by default?

Well, because these solutions are not always ideal.

What do PureComponent and React.memo components do under the hood?

At every update (either state or the component above re-renders), they perform a shallow comparison between the keys and values of the new props and state, and the old ones. The shallow comparison is pretty much a strict equality check. If it detects a difference, a render call is performed:

You can learn more about the default shallow function used in PureComponent and React.memo here.

Although this comparison works well for primitive values (such as strings, numbers, and booleans), it can lead to undesired behaviors with more complex values such as objects:

Let’s revisit the previous example’s App render method and modify the prop we send to Bar:

You’ll notice that although Bar is memoized and its prop value is unchanged, it will still re-render every time the parent re-renders. This is due to the fact that the shallow comparison fails when comparing 2 objects that have the same value but different references.

Props can also have functions. In JavaScript, functions are also stored as references and shallowly compared based on the values of these references.

Therefore, if we go back to the same example and pass an arrow function, Bar will still re-render every time its parent does.

One way we can solve the previous problem is by writing our props differently.

Instead of passing an object, we can break down that object into primitive values:

Instead of passing arrow functions, we can pass a function whose declaration happens only once. Thus, it will always have the same reference value. An example of this is a class method:

In some cases, we just can’t break down the object. Imagine if we were passing some complex data structure (e.g. a tree nested with children). We simply couldn’t break it down.

Moreover, we can’t always pass functions that are only declared once. In our example, it would be impossible to do so if App was a function component.

Fortunately, we can control the shallow comparison that happens in a class component or in a memoized functional one ?!

In a class component, we can implement the method shouldComponentUpdate(prevProps, prevState) which returns a boolean. Only when the return value is true, a render will occur.

If we’re using React.memo, we can pass a comparison function as the second argument.

Important: the comparison method passed to React.memo works the opposite of the shouldComponentUpdate method. A render will happen only if the returned value is true.

Although this tip works, you should be careful with the cost of the comparison function you provide. Deeply comparing huge props objects will cost you in terms of performance.

The performance of React application is not limited to the use cases shown in this article. There are obviously other things to consider, such as the bundle size. However, keeping these tips in mind can make a huge difference in terms of performance.

Was this article useful for you to improve the performance of your React application? Do you have suggestions about topics you would like me to explore and write about?

I would love to hear your feedback, thoughts or questions.

Notice: I publish articles bi-weekly. Follow me on twitter @seif_ghezala if you want to interact with me and stay tuned ;) 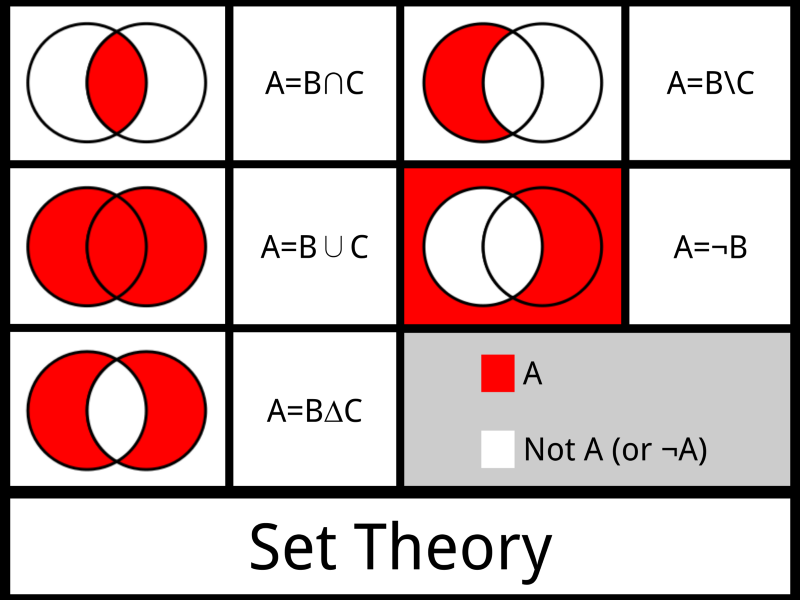 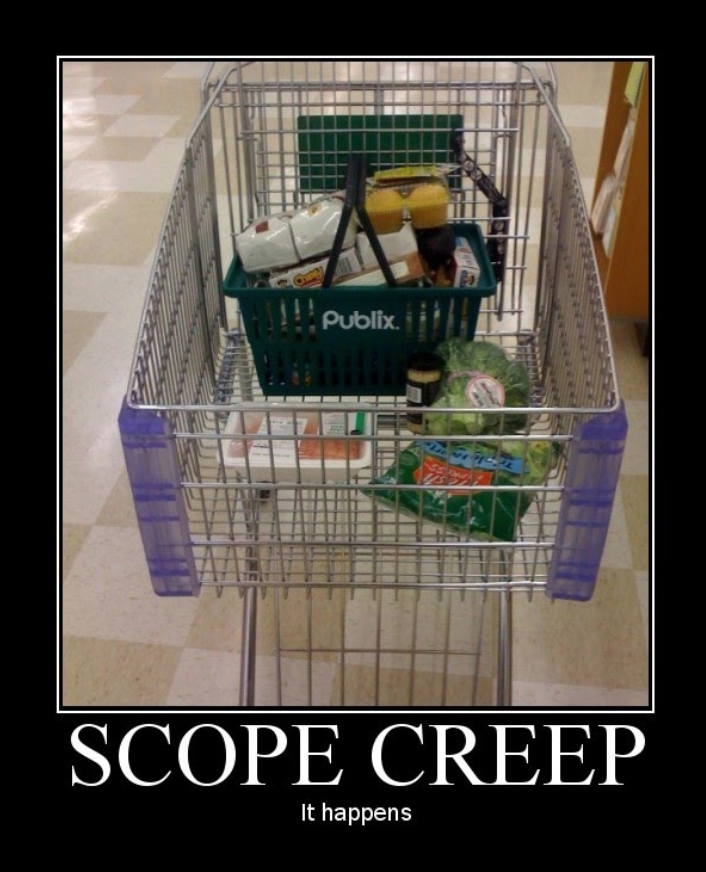