Style guides can give many benefits to the entire workflow, from design right through to build.

During the design phase style guides encourage consistency in the visual identity and help keep the interface system as logical as possible, which makes for a better UX.

During the development phase they streamline the transition from design to development as they minimise build errors and help encourage modular development best practices.

Further to this, style guides can be converted into ‘living front end style guides’ which help make future updates and site maintenance more manageable due to a cleaner, more modular and structured codebase.

As a bonus both the style guide and living front end style guide can be used as a project deliverable and a way to better communicate the UI identity to your team and your client.

When designing an interface it needs to be consistent and logical. We need to create a clear taxonomy with appropriate affordances to give the best user experience (UX). Or put simply, the interface needs to make sense.

When we design an interface we aren't designing pages, or panels, we are creating a design system of elements and components that will be used in various combinations. If we keep this in mind we can create a truly fluid and flexible interface system.

We can use style guides to abstract and breakdown our designs into modular scalable elements and components, that can work together to form a congruous system.

When interfaces aren't thought of as a design system we can end up with messy and inconsistent interfaces that are very confusing for the user:

What is a style guide?

A style guide clearly demonstrates how all interface elements and components are to be visually represented. It’s essentially a master reference for the user interface (UI).

It’s worth mentioning that style guides can go by many names, such as style tiles, interface inventories and pattern libraries. There will no doubt several new terms to describe a style guide by the time this blog post is published!

Here is a small example of the Medium.com style guide when it was first launched (taken from a Teehanlax case study):

As you can see it shows the various interface elements such as buttons, drop downs, typography hierarchy, tooltips, colour palette etc. At a glance you instantly get a taste for the visual identity of the interface. You might notice this doesn't appear to have all the interface elements used on their website, but it’s a good example.

Style guides are vital for keeping the visual identity of an interface consistent and they can be beneficial both internally, to your team, and externally, to anyone working with your brand or interface.

What is atomic design?

Atomic Design in one GIF:

The great thing about Atomic Design is that you don’t have to follow it to the letter. We don’t have to give elements and components names like atoms and molecules, but we can take these core principles and apply it to designing a clear and concise style guide.

Why use a style guide?

Style guides give us the following benefits:

Overall, if we approach interface design with style guides in mind they will help us create consistent, more user friendly, interfaces as they make designing more methodical and clear which will lead to a better experience for users.

Designers already do this

A good designer will no doubt already be thinking of interfaces in this way, however, using a style guide helps better communicate the interface identity and UX to others. The designer may know why a certain colour is used for certain button actions, but that isn't much good if no one else knows why. Having a style guide helps others to have a better understanding of the UI and rationale the designer has used.

It requires very little time to make a style guide. A good designer will have already problem solved any interface issues, established a hierarchy of elements and how they are used, so moving these elements into a style guide requires little time. Even for the smallest of projects style guides can be beneficial.

So how do style guides bridge the gap between design and front end development?

But, hasn't the designer already done this?

If the developer has to analyse and interpret the interface, then time is being wasted. Further to this, mistakes can be made and nuances can be missed when the developer is trying to understand the design.

Be it consciously or not the designer will have already created the design system that the developer is trying to build, and that design system needs to be communicated clearly.

I'm sure every developer has built a component only to have the designer mention how that’s not how they intended it to work, or behave. Style guides help improve communication of the interface and help avoid errors during the build process.

Using style guides in the design phase streamlines the transition to build. Ideally designers and developers should be communicating regularly, however, if a designer can hand a clearly designed style guide, for a new website or app, to a developer the developer can then quickly see all base elements and components. They can then build quickly and methodically with as little confusion or uncertainty as possible.

This means our style guide can be transferred easily into clean, modular, component based CSS!

At this stage all the developer has to do is build the style guide in HTML and CSS, creating a front end style guide.

We can solve this issue using markup templating with tools like handlebars, dust.js, or twig. These tools allow us to output markup where we like, but they are always linked from one source. This allows us to create a living front end style guide.

If I were to update a button element by changing its markup or CSS, that change would be reflected instantly on the website or app.

Why use a living front end style guide in development?

As a bonus, front end style guides can sometimes help non-code savvy designers begin to see how they might start to code -

Style guides and living style guides have helped streamline and focus my workflow.

During the design phase they help identify interface inconsistencies and help to remind me that interfaces are flexible design systems. During the transition from design to development they help minimise mistakes and speed up the handover. At the development phase style guides can be built into HTML and CSS seamlessly as they share major principles with front end guidelines and component based CSS structures. Using living style guides then make updates and redesigns as easy and manageable as possible.

Hopefully a style guide workflow can benefit you as well, but as always with all things web and design, there are a thousand ways to approach a project. If you’ve found a workflow that works for you, keep using it!

If you want to hear more about style guides and front end development, feel free to follow me on twitter! ? 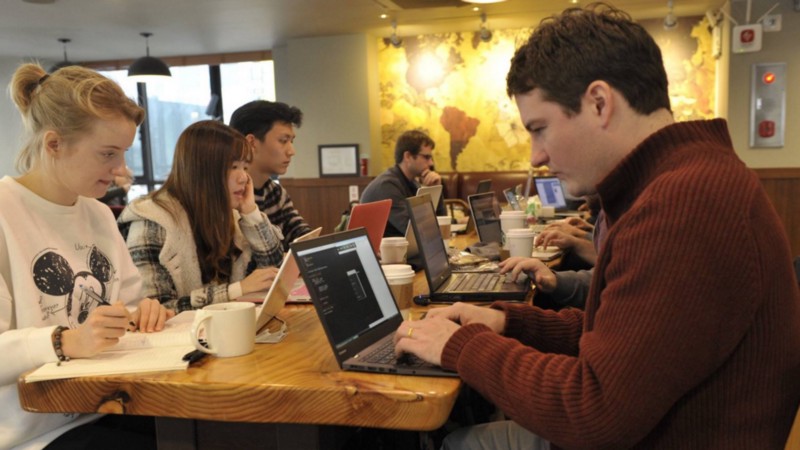