Comparing Adobe XD vs Sketch vs Figma vs InVision studio is a very common topic among designers who are looking for the best design software.

Sketch has long been the application of choice for UX and UI designers. But in the last four years, we have seen many new contenders for Sketch’s crown. Three of them that have made the biggest strides are Figma, Adobe XD, and InVision Studio.

These four tools have many pros in common but there are some differences too. For example, the first comparison, Adobe XD vs Sketch, makes sense especially since both have a similar interface which is user-friendly and has a minimalistic style.

In this article, I analyze how the most used design apps compete and what their unique features are using my experience acquired while working at Creative Tim. Adobe XD was developed and published by Adobe Inc. XD, released on 18 October 2017. It is a vector-based user experience design tool for web apps, mobile apps, and voice apps available for macOS and Windows. There are versions for iOS and Android as well that help you preview the result of your work directly on mobile devices.

XD also support website wireframing and creating simple interactive click-through prototypes. With the character and layout tools of Adobe XD, Elements can be easily created and individual objects can be exported.

The interface is kept relatively simple, with a toolbar that is aligned at the side, as well as the large artboard area.

Comparing Adobe XD vs Sketch makes sense especially because of this similar interface which is user-friendly and has a minimalistic style. Sketch is a vector graphics editor, developed by the Dutch company Bohemian Coding. Sketch was first released on 7 September 2010 for macOS. It won an Apple Design Award in 2012.

A key difference between Sketch and other vector graphics editors is that Sketch does not include print design features. Sketch is only available on macOS. This problem is partially solved by third party and handoff tools.

When Sketch first came out it completely disrupted the interface design space, but Adobe XD and Figma have recently come forward as new challengers. They offer unique functionality like prototyping and live collaboration.

I’ve recently been researching these tools for my side project, uxtools.co, and wanted to share what I believe the be the most noteworthy decision points. Also, from my point of view, learning to sketch is very useful and it does not take to much to become a Pro. With its seamless user interface and sleek feature palette, the tool quickly became a notorious competitor to similar solutions in the field.

Designers from brands like Twitter, Microsoft, GitHub, and Dropbox swear by Figma as the ultimate UI design tool. InVision Studio is a new piece of software, released in 2019, that allows designers to build more advanced animation and micro-interactions. Studio also integrated with InVision’s link to Sketch via its Craft plugin.

InVision Studio has got a nice dark UI by default, that helps developers focus on the work to be done in the evening. However, with macOS Mojave, every app can look like this quite easily. When they created it, they were inspired by another design tool - I am thinking about the Sketch app.

Budget can be a big deal when you’re working with your own resources. Some of these licenses have educational and promotional pricing (often 50% off), so don’t miss that part. For example, Figma will get you there for free as long as you're not working on a team.

Though Sketch has been immensely popular, it forces designers to only use Mac, which alienates developers from accessing design files.

I imagine these were the same concerns that surrounded the release of the highly innovative Google Docs suite. Google Docs, however, turned the Microsoft Suite on its head with live collaboration, and now Figma is seeking to do the same thing with UI design. 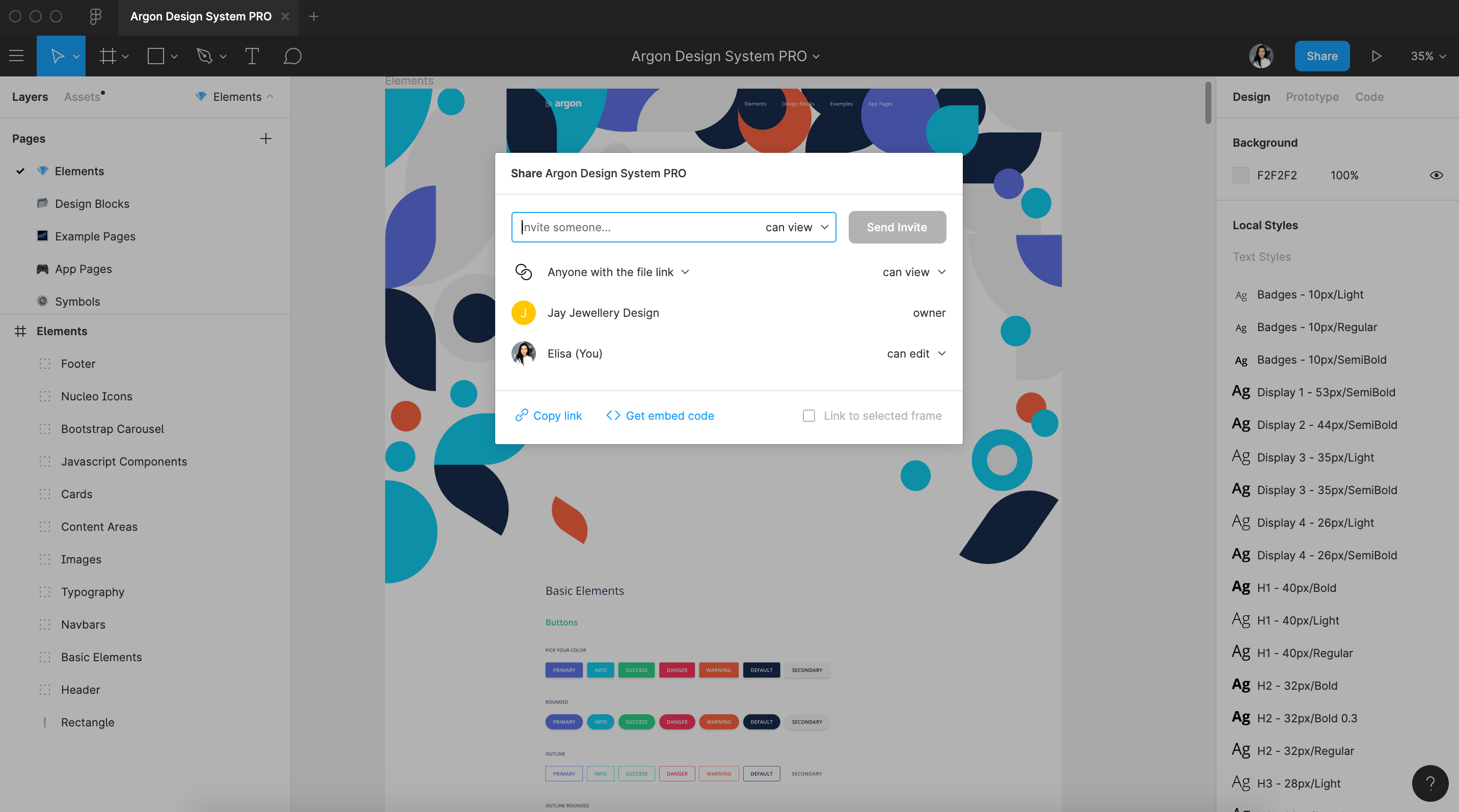 Recently a few apps have been developed specifically to deliver specs (sizing, spacing, color) to developers, but design tools are starting to integrate this functionality natively. 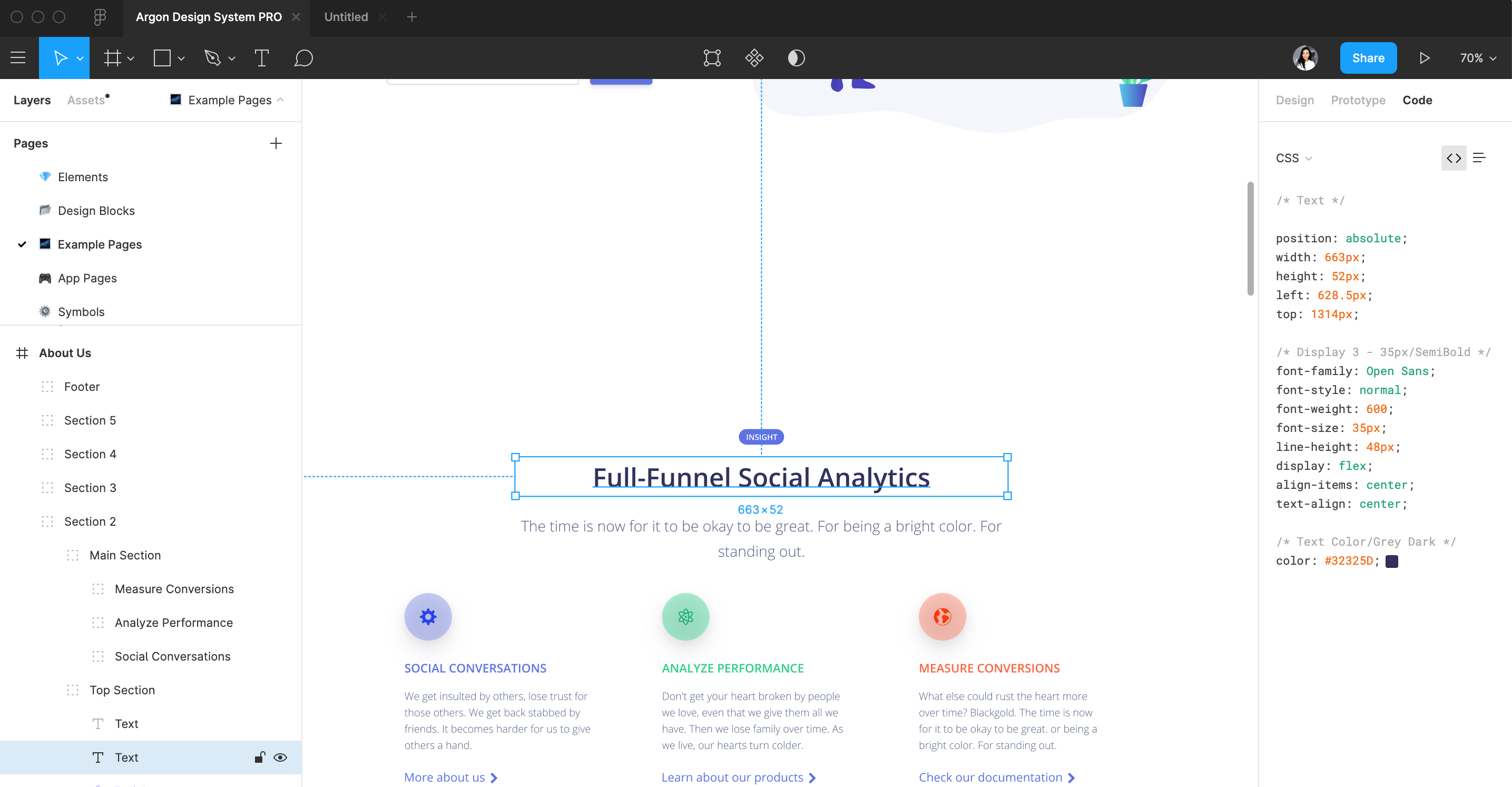 This is so important. Some online apps can protect your information when Wifi goes down, but you need full access to open, use, and save from the app offline. 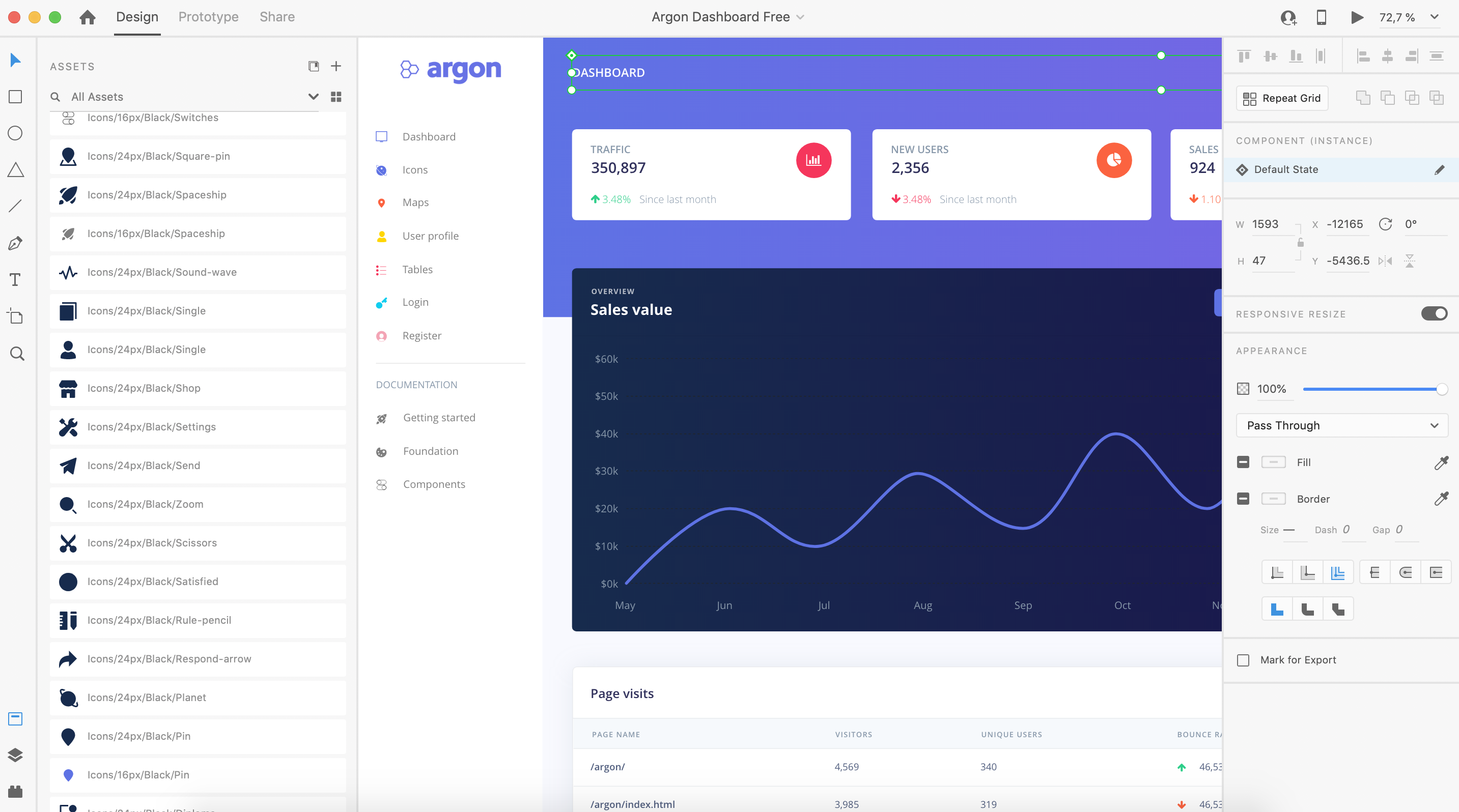 There are literally dozens of these apps nowadays, but they might become extinct as Adobe XD brings prototyping directly to the design tool. Keep your eye on these. 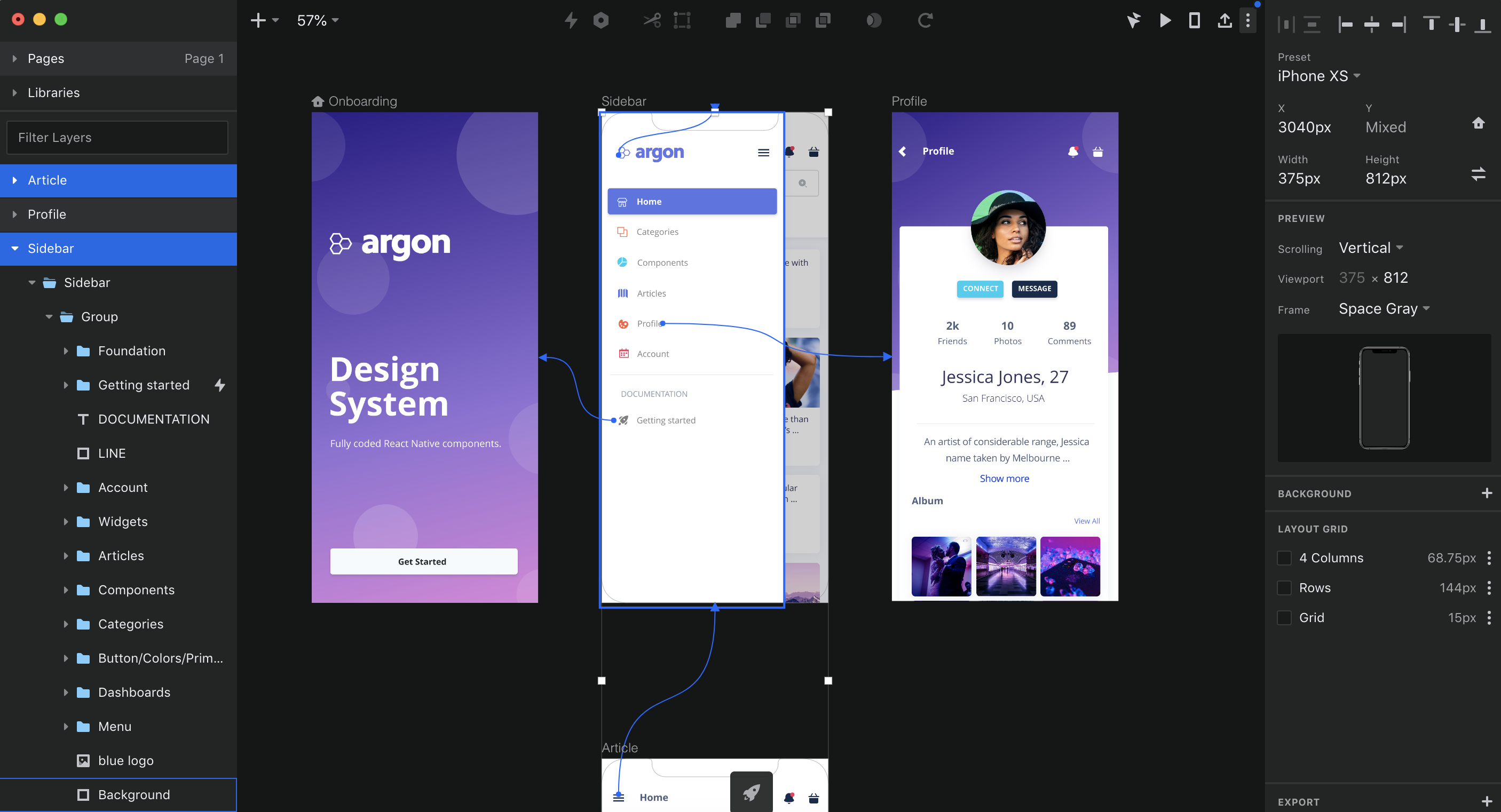 Symbols can make your work easier. These have completely changed the design process. Forget building and duplicating list items over and over, let symbols do the work for you. 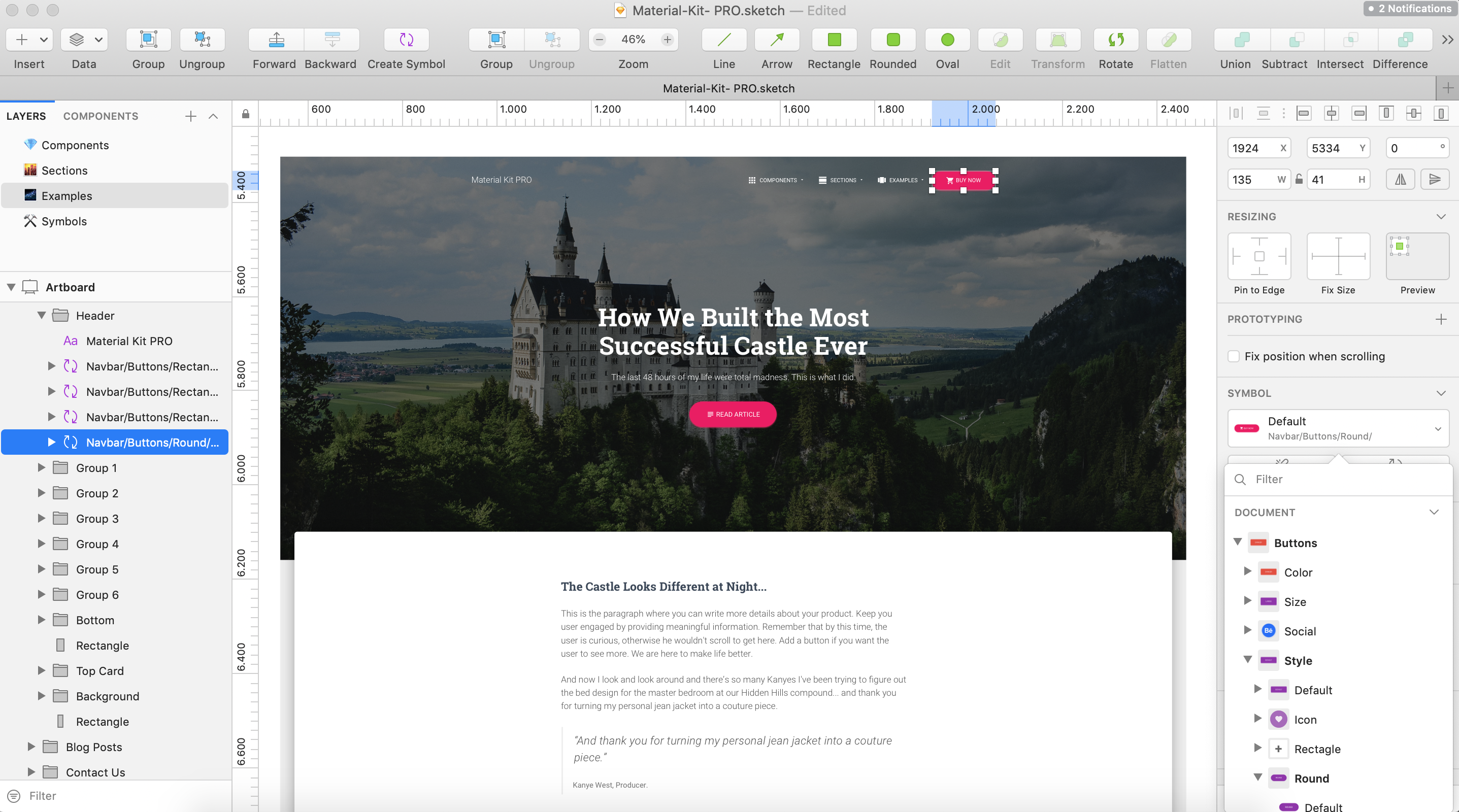 Sketch has a big disadvantage here because it is only available for Mac users. And as such, it lets tools like Figma and Adobe XD innovate beyond the basic necessities.

Also, in terms of design tools, Adobe XD provides a robust set of responsive while the Sketch doesn’t have this feature built-in (but it has many plugins). If your tool does something better than the other, it is often enough of a reason to switch over. The browser-based approach that Figma has taken is also something to behold.

When talking about Adobe XD vs Sketch, the first one’s future is looking very bright and will win over many Sketch users. InVision’s change of focus may ensure its survival but one thing is for certain - Adobe XD is here to stay. The Adobe powerhouse is strong, and smaller companies like InVision and Sketch will have to work hard to stay relevant in the future.

People usually prefer to design and work in just one place. If you’re a part of a team, then Figma is undoubtedly for you. 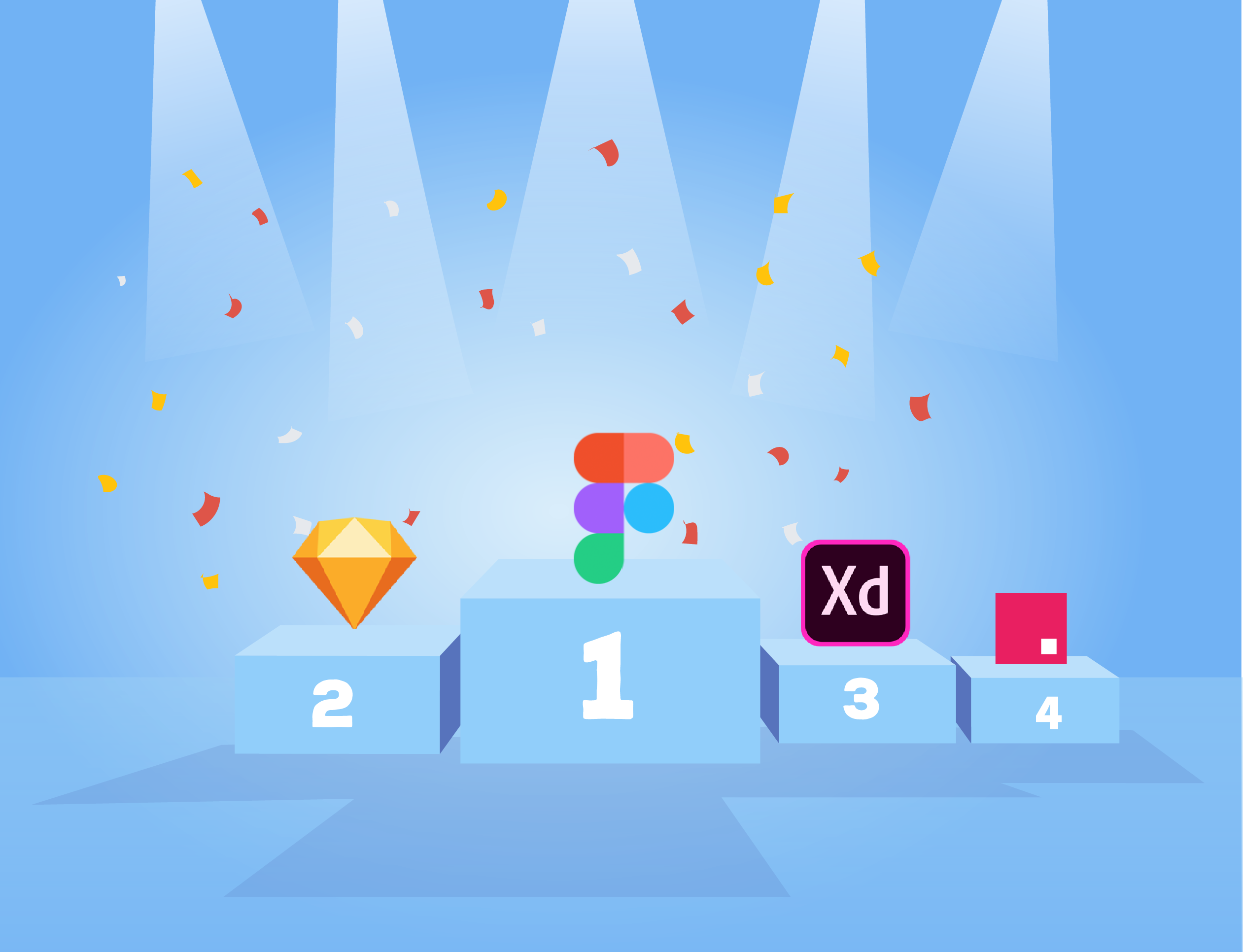 After all of that: first is Figma, second is Sketch, third is Adobe XD and fourth is InVision Studio.

Overall, when talking about the best design software, these four tools are extremely well-suited for modern designer needs.