After playing with Angular for a long time, I finally came up with an understandable explanation of Angular directives. In this article, we will first understand what a directive exactly is and how to use it in Angular. We will create our own custom directives as well. So what are we waiting for? Let's dive deep into it.

What is an Angular Directive?

Directives are the functions which will execute whenever Angular compiler finds it. Angular Directives enhance the capability of HTML elements by attaching custom behaviors to the DOM.

From the core concept, Angular directives are categorized into three categories.

Structural Directives are responsible for changing the structure of the DOM. They work by adding or removing the elements from the DOM, unlike Attribute Directives which just change the element’s appearance and behavior.

Components are directives with templates. The only difference between Components and the other two types of directives is the Template. Attribute and Structural Directives don't have Templates. So, we can say that the Component is a cleaner version of the Directive with a template, which is easier to use.

There are a lot of built-in Directives available in Angular which you can easily use. In this section, we will use two very simple built-in directives.

NgStyle Directive is an Attribute directive used to change the styling of any DOM element on the basis of some condition.

NgIf Directive is a structural directive used to add elements into the DOM according to some condition.

In the above code snippet, the whole paragraph will remain in the DOM if the value of show variable is true, else it will kick off from the DOM.

So, let's get started with creating our first Custom Attribute directive. In this directive, we are going to highlight the selected DOM element by setting an element’s background color.

Create an app-highlight.directive.ts file in src/app folder and add the code snippet below.

Here, we are importing Directive and ElementRef from Angular core. The Directive provides the functionality of @Directive decorator in which we provide its property selector to appHighLight so that we can use this selector anywhere in the application. We are also importing the ElementRef which is responsible for accessing the DOM element.

Now to get appHighlight Directive to work, we need to add our Directive to the declarations array in the app.module.ts file.

Now we are going to use our newly created custom directive. I am adding the appHightlight directive in the app.component.html but you can use it anywhere in the application.

The output of the above code snippet will look like this.

In the previous section, we created our first Attribute directive. The same approach is used to create the structural directive as well.

So, let’s get started with creating our structural directive. In this directive, we are going to implement the *appNot directive which will work just opposite of *ngIf.

Now create a app-not.directive.ts file in the src/app folder and add the code below.

As you saw in the above code snippet, we are importing Directive, Input, TemplateRef and ViewContainerRef from @angular/core.

Directive provides the same functionality for the @Directive decorator. The Input decorator is used to communicate between the two components. It sends data from one component to the other using property binding.

ViewContainerRef is a container where one or more views can be attached. We can use createEmbeddedView() function to attach the embedded templates in the container.

Now to get the appNot directive to work, we need to add our directive to the declarations array in the app.module.ts file.

Now, it’s time to use our newly created structural directive.

I am adding the appNot directive in the app.component.html but you can use it anywhere in the application.

The *appNot directive is designed in a way that it appends the template element into the DOM if the *appNot value is false just opposite the *ngIf directive.

The output of the above code snippet will look like this.

I hope this article answered most of your questions regarding Angular directives. If you have any queries or doubts, feel free to reach out to me in the comment box. 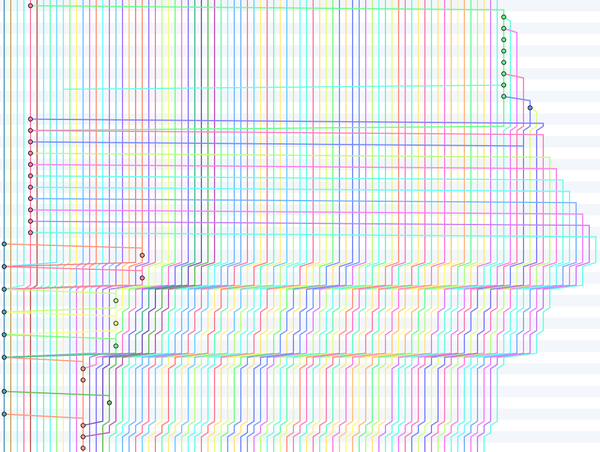