We all want to build powerful applications and avoid unnecessary renders. There are some hooks available to help with this, but you might not be sure about which one to use and when.

In this article you will learn the differences between useCallback and useMemo as well as how to measure the gain of the improvements you're getting in the codebase.

Before we begin, you should note that the following methods for optimising React are really last resort options. Before you apply these utilities, your own code will offer you more opportunities for improvement than most of the performance gain you'll get by using what you will learn here.

Still, it's important to know these tools and know when to use them if you see the opportunity.

As always, I've provided a sample project so that you can test in a simplified environment everything that is explained here. No big deal, the example project is just a summary of the main points you will learn now.

Before we start comparing these two hooks, let's review some necessary background concepts.

What is Referential Equality?

When React compares the values used in a dependency array such as useEffect, useCallback, or props passed to a child component, it uses Object.is().

You can find the detailed explanation of Object.is here but in short:

In a simplified example:

Now I'll briefly explain how React.memo works (but we'll also discuss it later in the article). When appropriate, you can use it to improve performance.

When you want to avoid unnecessary re-renders on a child component (even if the parent component changes), you can wrap the whole component with React.memo – as long as the props do not change. Also, note referential equality here – the child component will not be re-rendered.

Now that you know how React.memo works, let's start.

How the useCallback Hook Works

useCallback is one of the built-in hooks we can use to optimise our code. But as you'll see it's not really a hook for direct performance reasons.

In short, useCallback will allow you to save the function definition between component renders.

The usage is pretty straightforward:

One of the first things to note is precisely the function definition part. It stores the definition, not the execution itself, not the result – so the function will be executed every time it is called. Because of this, don't use this hook to avoid lengthy calculations.

So what is the advantage of storing a function definition?

Back to Referential Equality

If the function itself is used, not the returned value, such as:

To achieve true equality between renders, useCallback will store the function definition with the same reference to the object in memory.

Without this hook, in each render the function will be recreated and point to a different in-memory reference. So React will understand that it is different even if you use React.memo in your child component.

You can test this behaviour in the example project. You'll see that, with the non-optimised version, every time you write the side effect of a child component is triggered.

In that demo, you only get a fetch and a fake slowdown. But imagine this same problem in a large project that runs expensive computations on the client or spends a lot on the server. 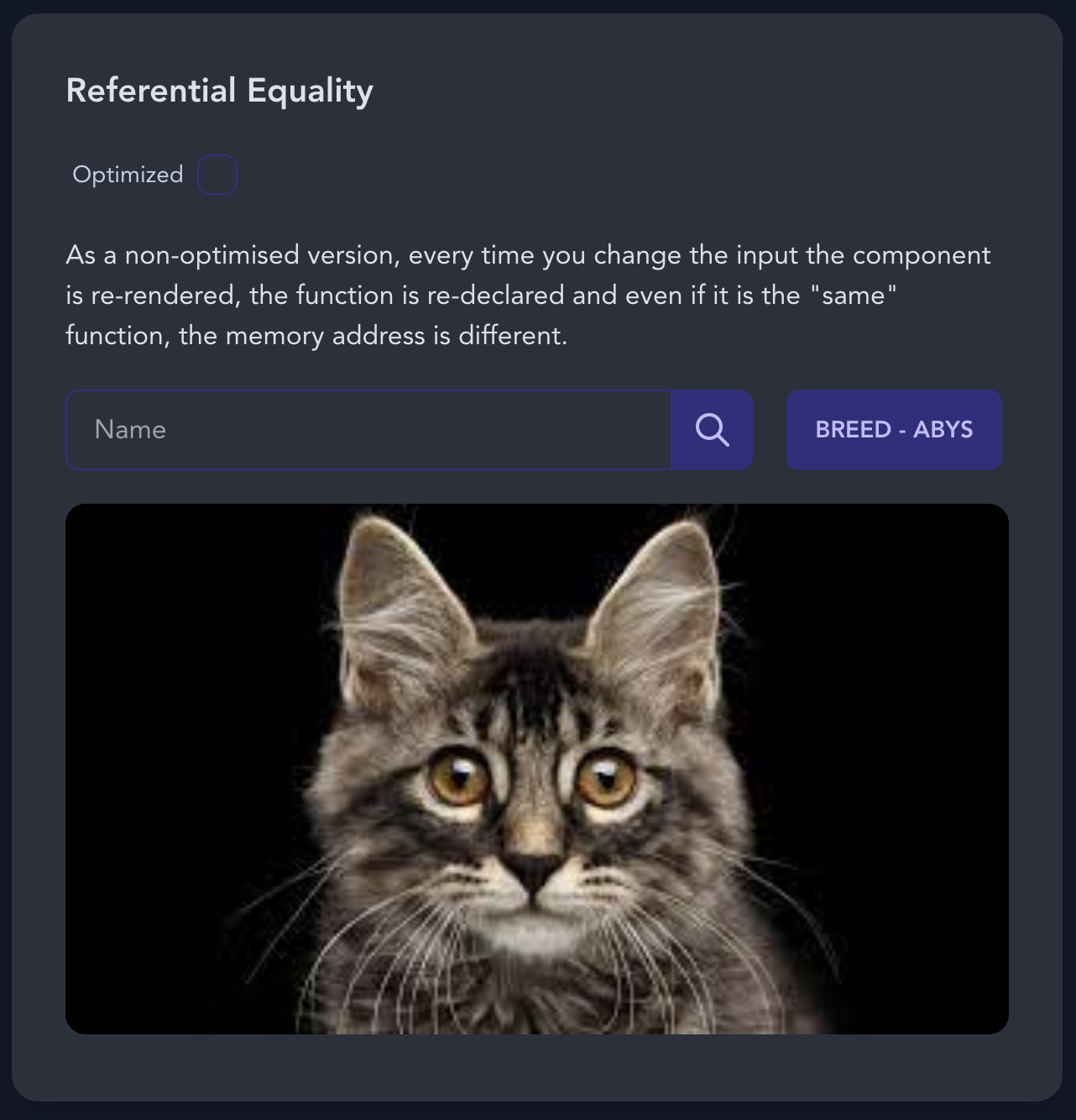 How the useMemo Hook Works

This is the second built-in hook you will see today. In this case you can consider this hook as a direct optimisation because it stores the result of a function and prevents it from being executed again until the dependencies change.

As it can store the result of a function and also prevent execution between renders of a component, you can use this hook in two situations.

As you saw with useCallback we can achieve referential equality with this hook as well – but this time for the result itself.

If a function returns something that is going to be treated differently in each render, most commonly objects and arrays, you can use useMemo to get true equality.

In the example above you can see the use of useMemo:

In this case, the function returns an object. As you know, comparing objects with Object.is are not the same because they are stored in different memory addresses. With useMemo you can save the same reference.

In the example project you can test this behaviour as in the previous section, same results too. With the non-optimised version, each keystroke will retrieve the images. With useMemo, the equality is maintained and the child component does not retrieve the image again. 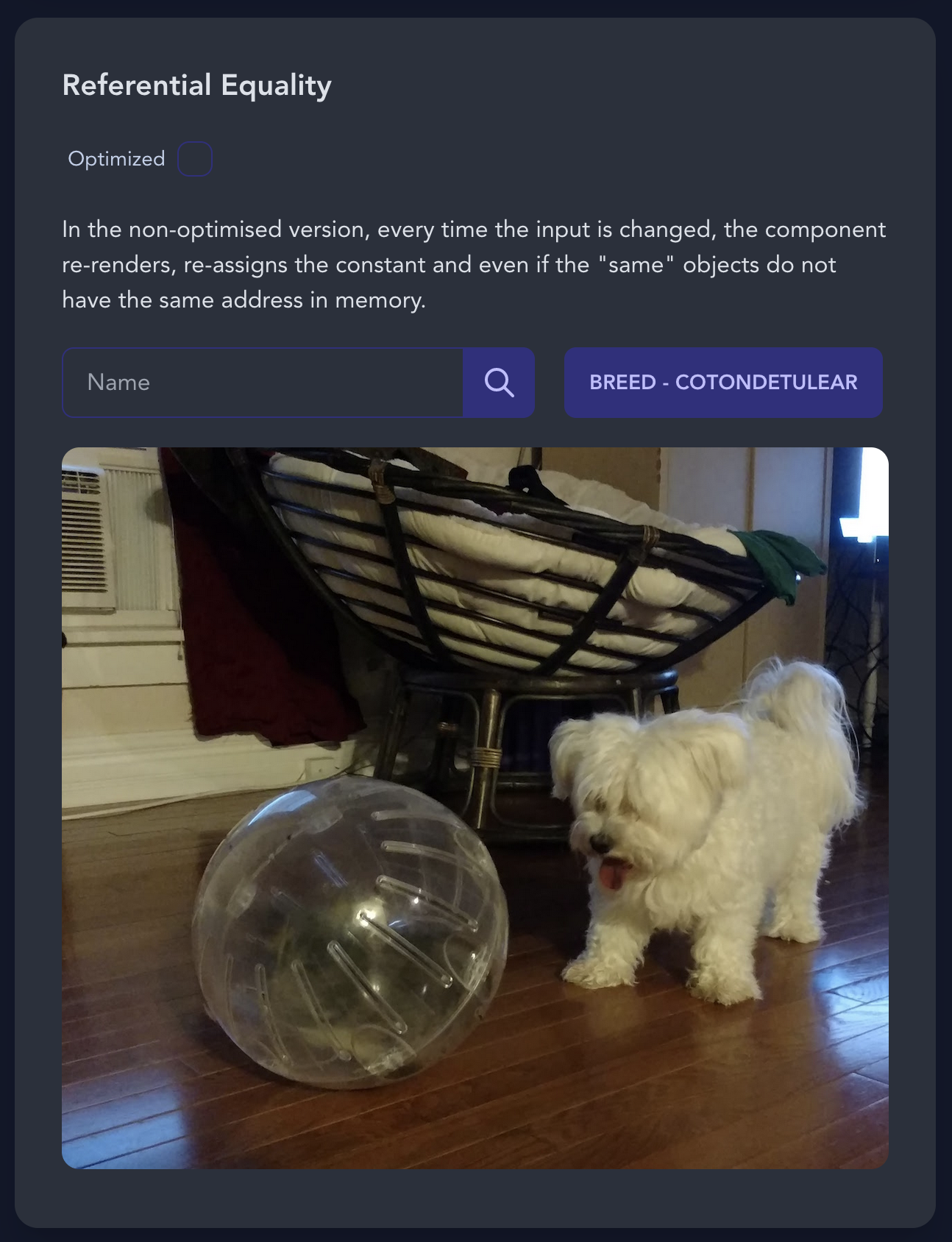 Because you are storing a value and avoiding executing the function at all with useMemo, you can use this to avoid executing unnecessary expensive calculations and make your site more performant.

Let's see this with the example project: 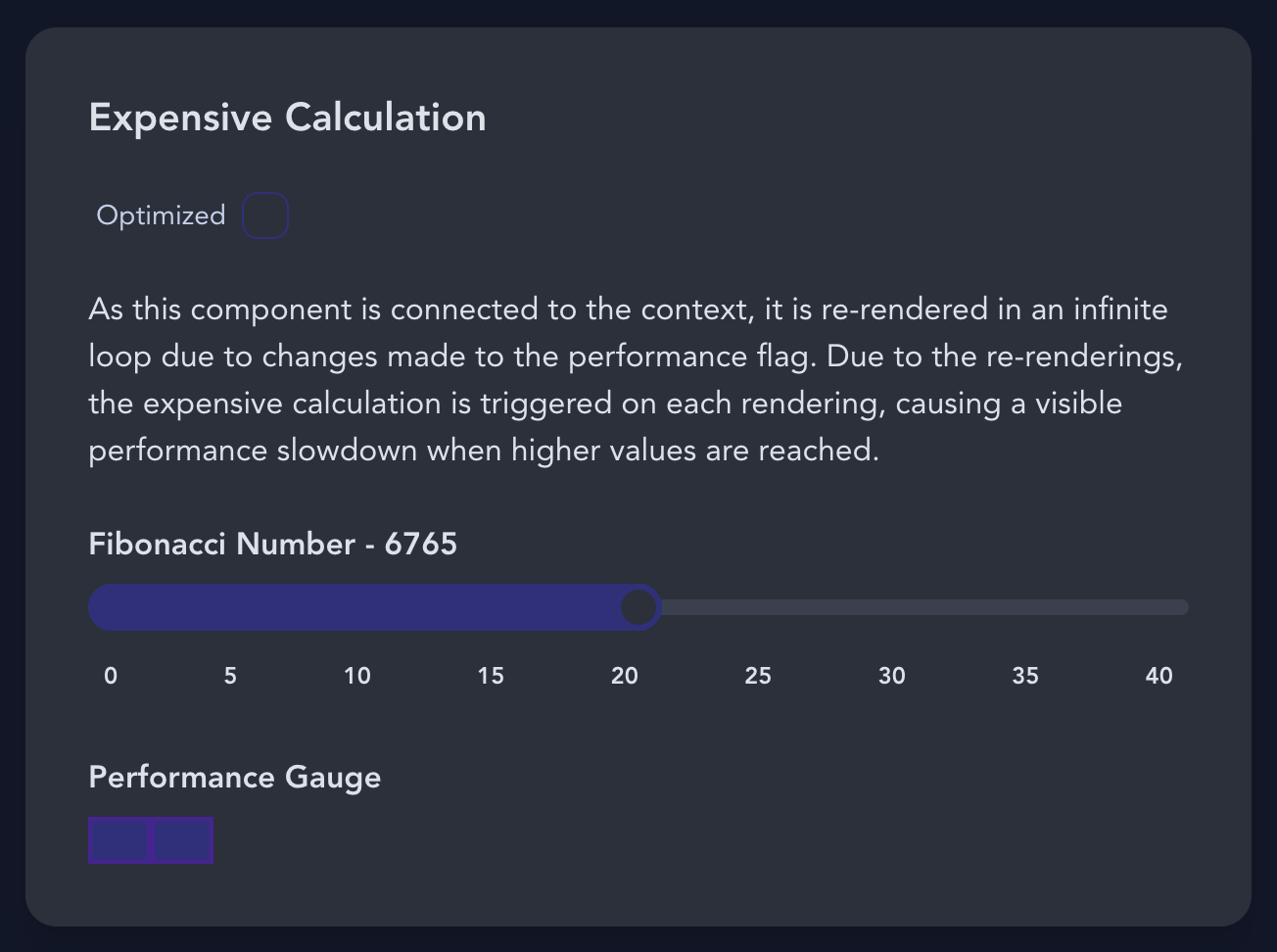 There is a component which, given a number n, prints out the nth Fibonacci number. But this recursive version of the algorithm performs rather poorly.

You will also find a constant change over time to force renders. The performance gauge will change state (adding and removing blocks 60 times per second). Because this state is changing all the time, the function that calculates the fibonacci number is constantly running over and over again, even if the given number is always the same.

With this, you will see how the performance degrades visibly when you use higher values with the non-optimised version. The optimised version will only suffer performance spikes when you change the numbers in the slider (when the number changes) but the rest of the renders will skip the calculation and directly serve the result.

The problem here is that in our day to day work we will not encounter calculations called "expensive calculation" and the decision of when to use useMemo won't necessarily be always or never.

So far you have seen some indicators of when to use the different hooks to avoid unnecessary rendering and/or side effects. But let's define some general rules for deciding when to use them in those not-so-clear cases:

How to Measure Performance Impact/Gain

The most important rule for optimisation (that always comes after reviewing your own code first) is to be able to measure whether the changes are taking effect and what the % gain is. And you don't do this only so you can throw that % in your next performance review.

For this we are going to look at two options on how to proceed when you suspect there is a performance problem or simply want to check the main areas of improvement.

I'll add this option because let's face it: you keep debugging your code with console.log all over the place, don't you? Don't worry, we are in the same boat. 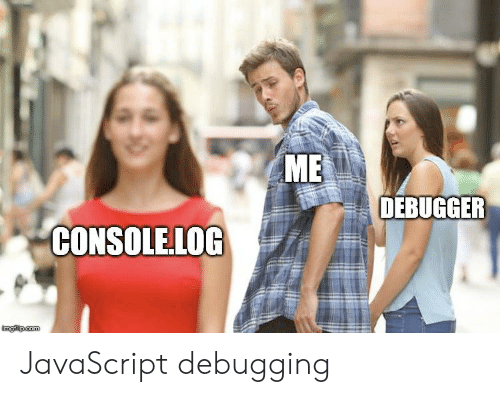 A fast and furious approach to trying to measure performance problems is to find out how long it takes to execute a certain action and how many times that action is performed. So one way to do this is:

But this information alone will detect very few and obvious cases where you already suspected something was wrong.

Also be careful with StrictMode which will trick your console.count by repeating some renders for stability reasons.

Let's now check out the right way to do it.

In this version you will use the official React Developer Tools to inspect the performance of certain parts of your code. Once you've installed this browser extension, open the browser's developer tools and search for Profiler.

I will give examples with the sample project, but you can do it with your own project and check the results.

If you press the record button and start performing the actions that you think might need some performance tuning, the profiler will save and print a detailed explanation of what has happened there.

For example, in the expensive calculation example project we are going to compare side by side the non-optimised version versus the useMemo version:

I pressed the record button, waited a few seconds and pressed record again to get these results, with both versions. As you can see, as this is a prepared extreme case, the huge improvement between the two is evident.

But let's take a closer look at what appears in the profiler:

I will do a full in-depth article on the profiler, but for now here are some quick tips:

As you have seen, these two common misunderstood hooks have very different functions and scenarios on where to use them for real benefit. Now is the time to review some of your current/past projects and spot the cases where you were using this incorrectly or others that may need it.

Optimisation in React is something that in the future can be done automatically by the library. But, at the time of writing this article, it is a process that you should do with care and after thorough analysis.

I hope you found this tutorial useful and it will help you to build better performing applications with React. Thanks for reading!

Full Stack Developer specialized in React and Node. I love learning and teaching technology on my blog.