The Windows command line is one of the most powerful utilities on a Windows PC. With it, you can interact with the OS directly and do a lot of things not available in the graphical user interface (GUI).

In this article, I’ll show you 40 commands you can use on the Windows command line that can boost your confidence as a Windows user.

N.B.: You have to be careful while using the commands I’ll show you. This is because some commands can have a lasting negative or positive effect on your Windows PC until you reset it.

In addition, some of these commands require you to open the command prompt as an admin. 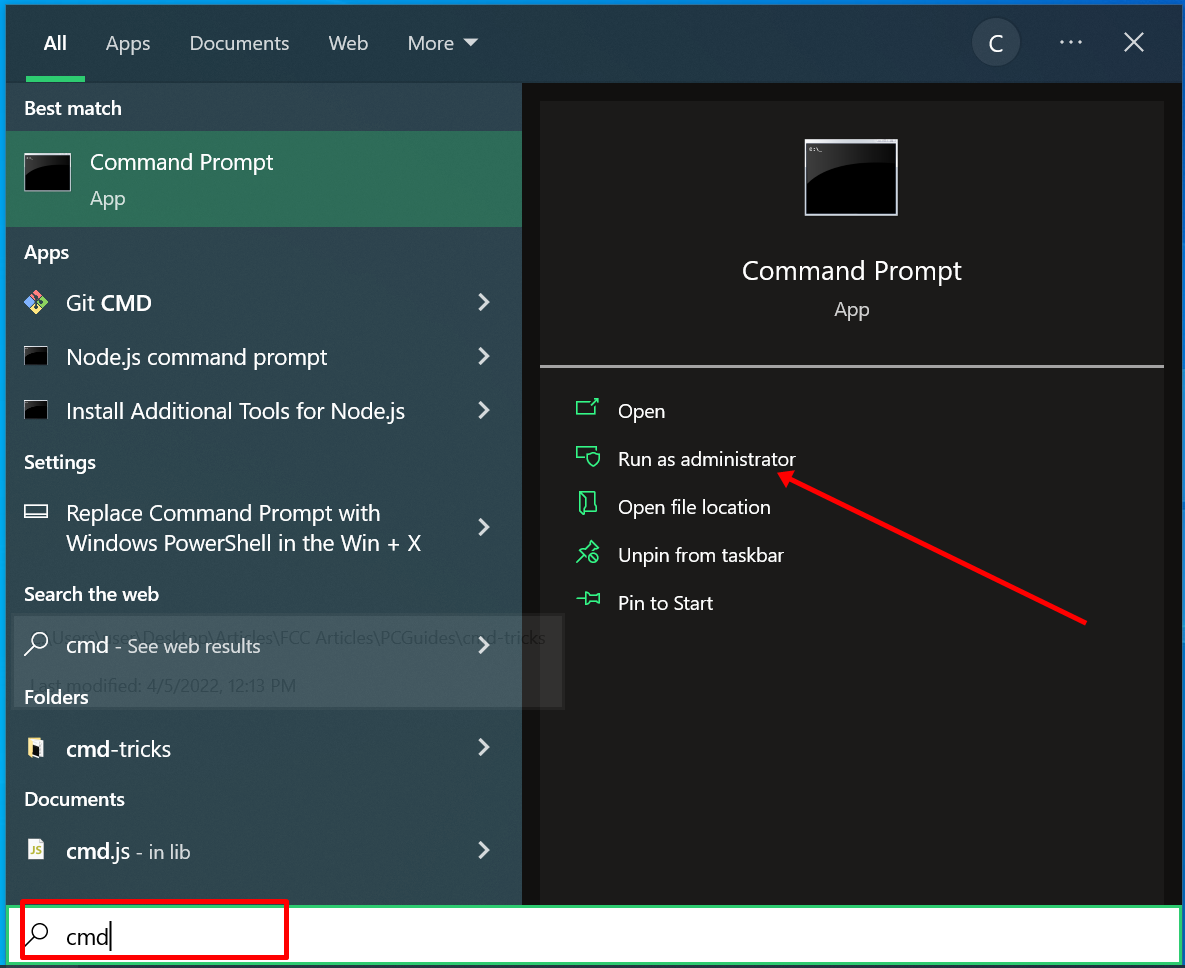 Entering this command opens another command prompt window as an administrator:

It is important to have access to all drivers because they often cause problems.

That’s what this command does – it shows you even the drivers you won’t find in the device manager. 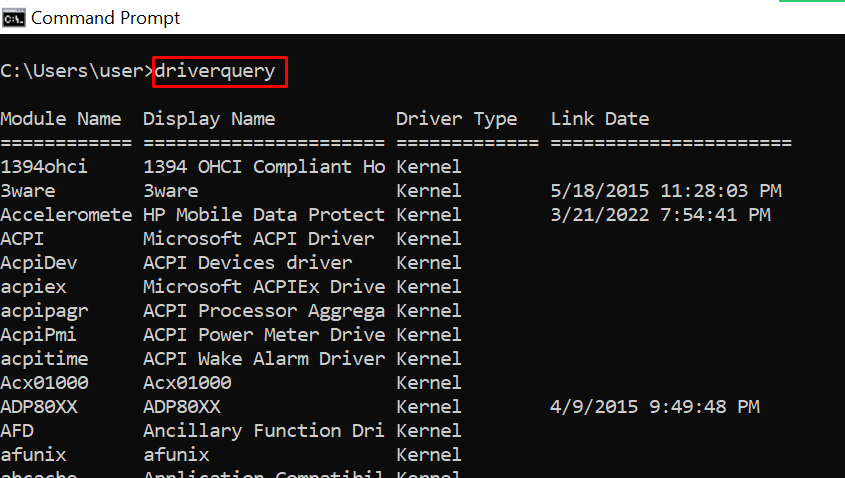 If you want to see more detailed information about your system you won’t see in the GUI, this is the command for you. 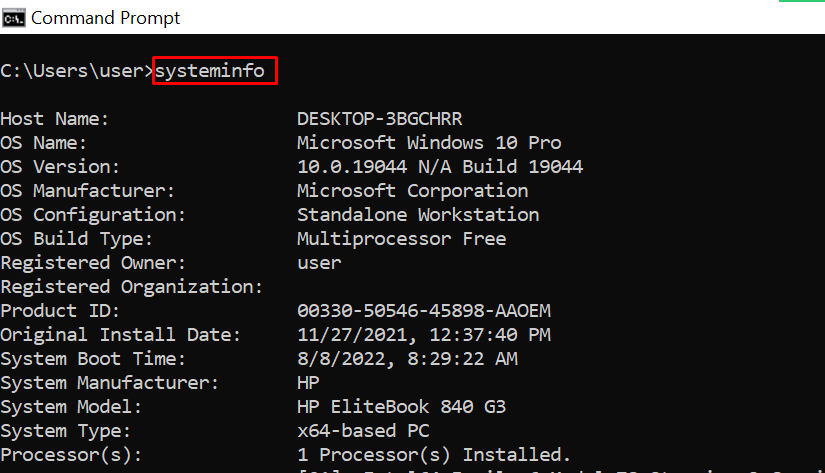 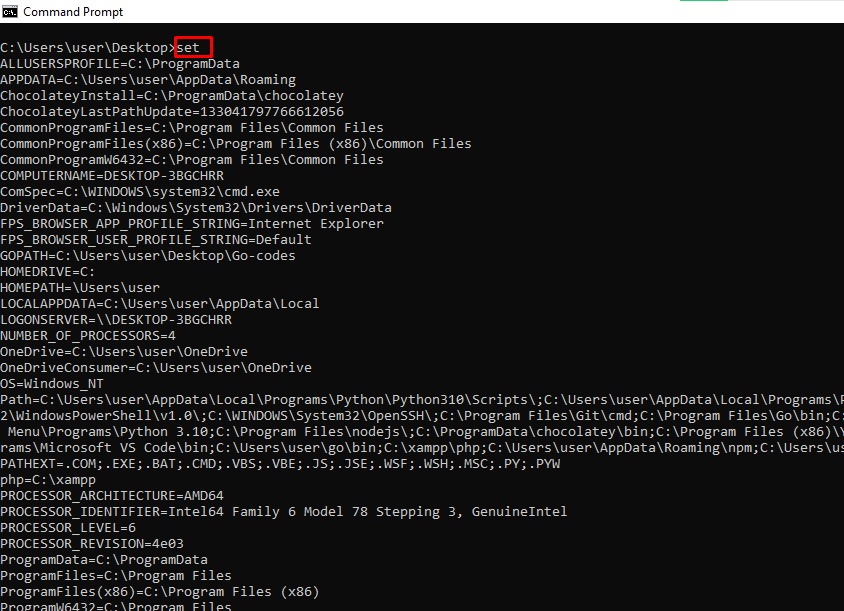 By default, the command prompt shows the C drive path to your user account.

You can use the prompt command to change that default text with the syntax prompt prompt_name $G:

N.B: If you don’t append $G to the command, you won’t get the greater than symbol in front of the text.

clip – Copies an Item to the Clipboard

For example, dir | clip copies all the content of the present working directory to the clipboard. 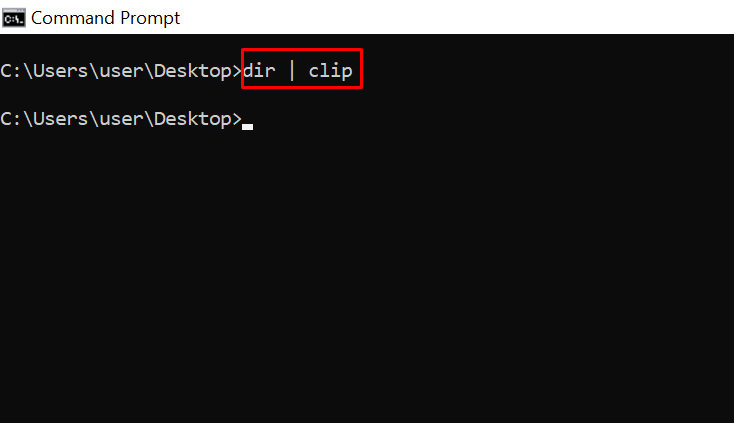 You can type clip /? and hit ENTER to see how to use it.

assoc – Lists Programs and the Extensions They are Associated With 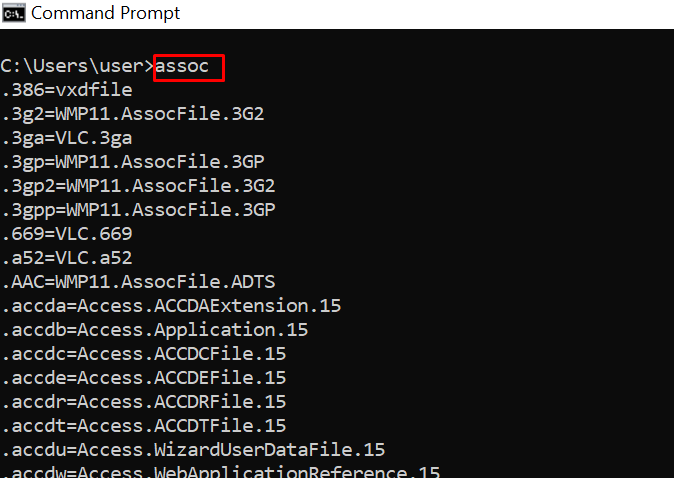 If you are a programmer or writer and you want to quickly see what differs between two files, you can enter this command and then the full path to the two files. For example fc “file-1-path” “file-2-path”.

On a PC, deleted files remain accessible to you and other users. So, technically, they are not deleted under the hood.

You can use the cipher command to wipe the drive clean and encrypt such files. 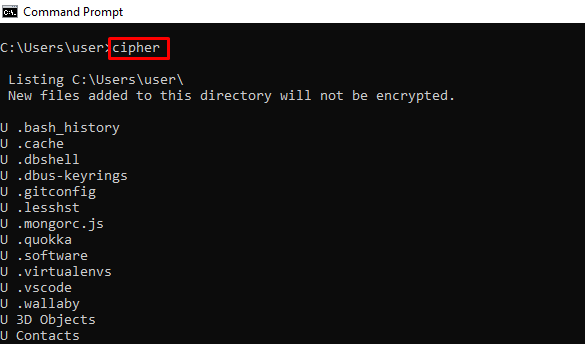 netstat -an – Shows Open Ports, their IP Addresses and States

ping – Shows a Website IP Address, Lets you Know How Long it Takes to Transmit Data and a Get Response 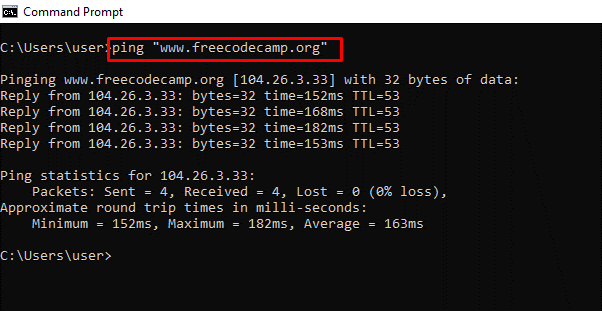 color – Changes the Text Color of the Command Prompt

Enter color attr to see the colors you can change to: 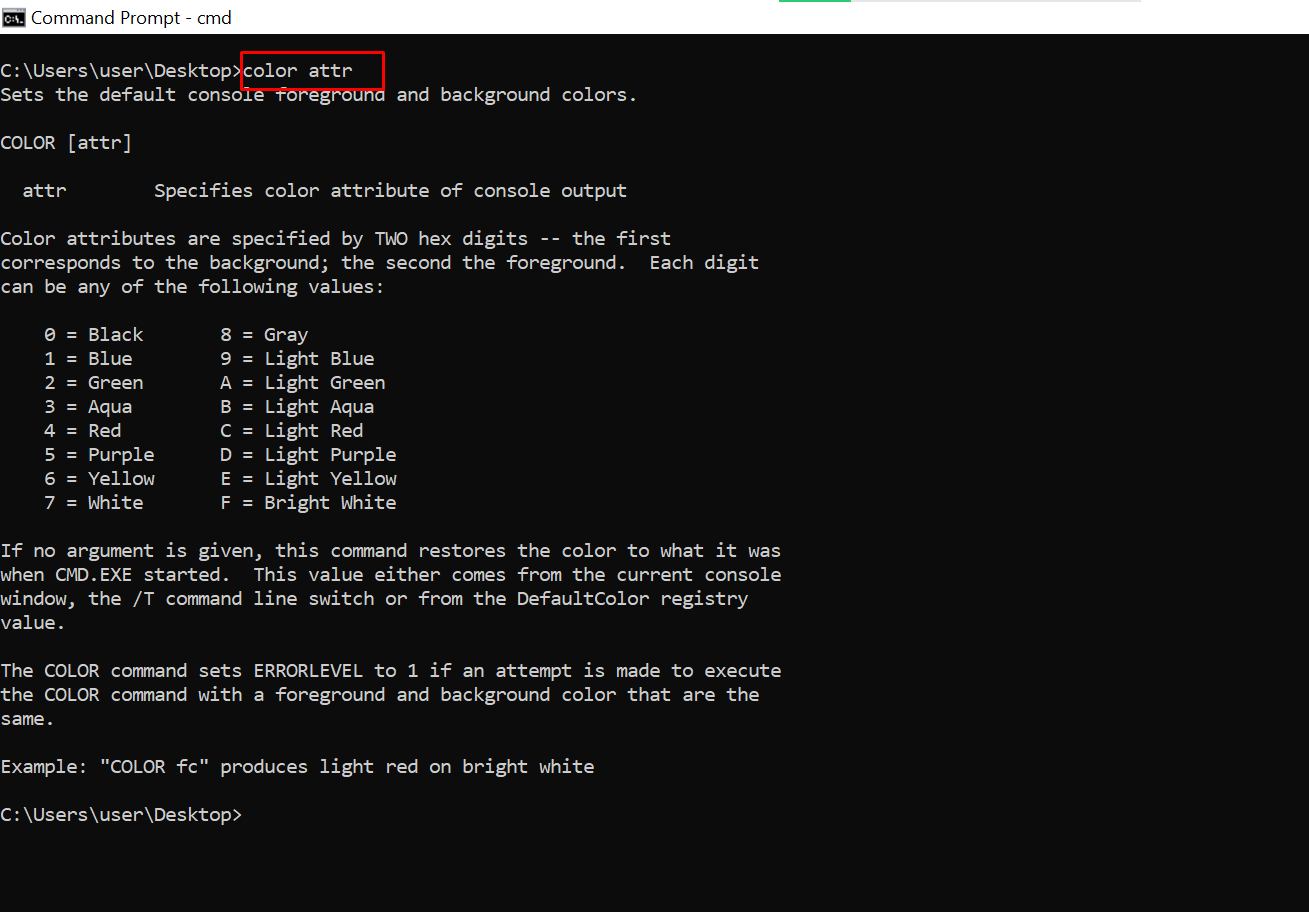 Entering color 2 changes the color of the terminal to green: 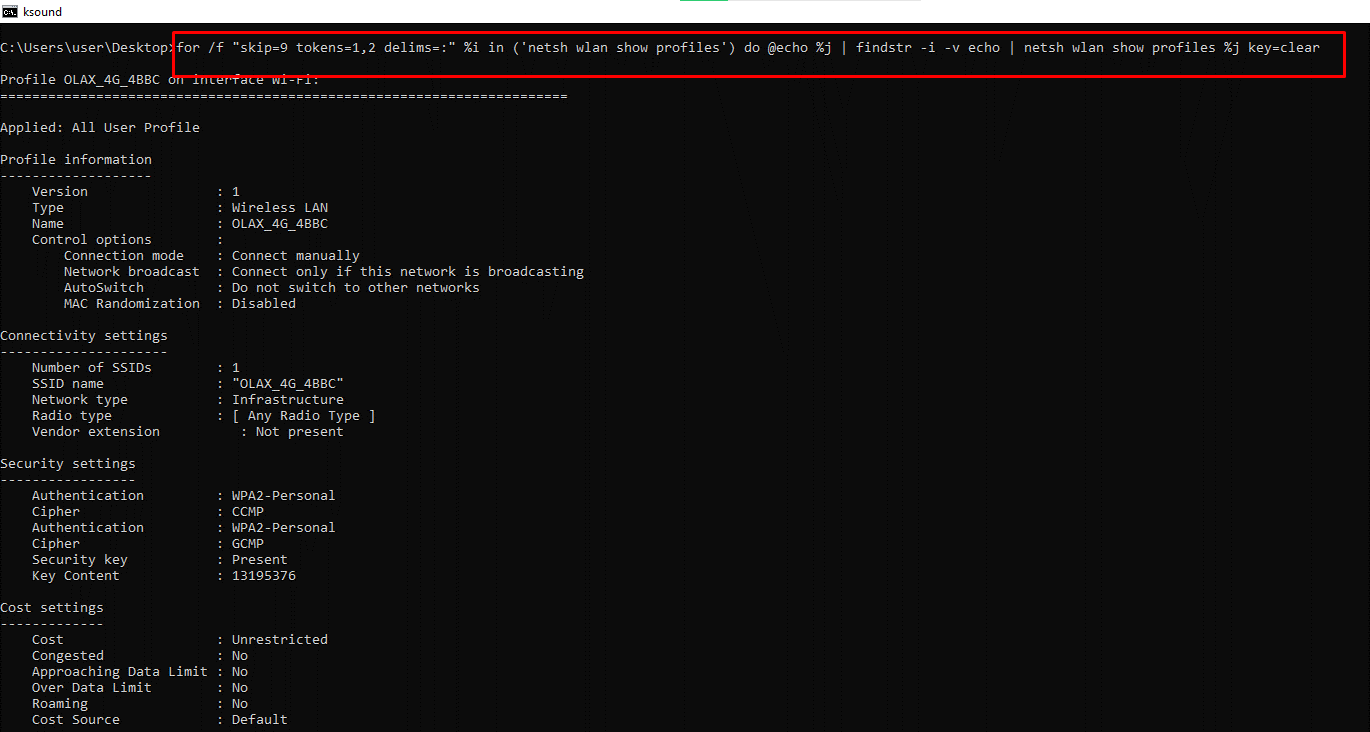 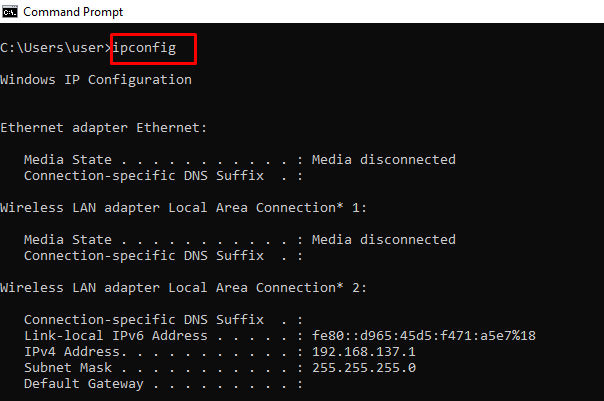 This command also has extensions such as ipconfig /release, ipconfig /renew, and ipconfig /flushdns which you can use to troubleshoot issues with internet connections.

This command scans your computer for corrupt files and repairs them. The extension of the command you can use to run a scan is /scannow. 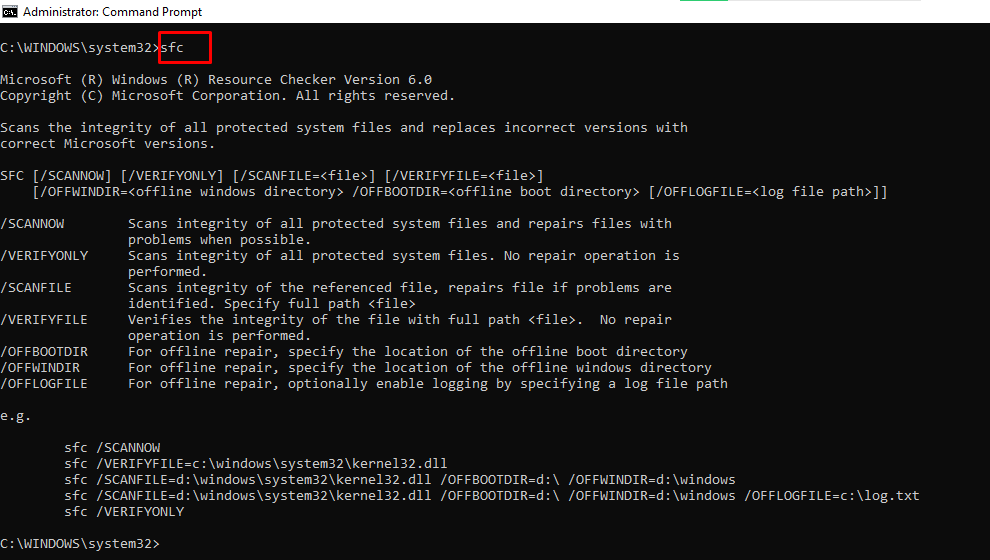 You can use this command with its several extensions to show information about the power state of your PC.

You can enter powercfg help to show those extensions. 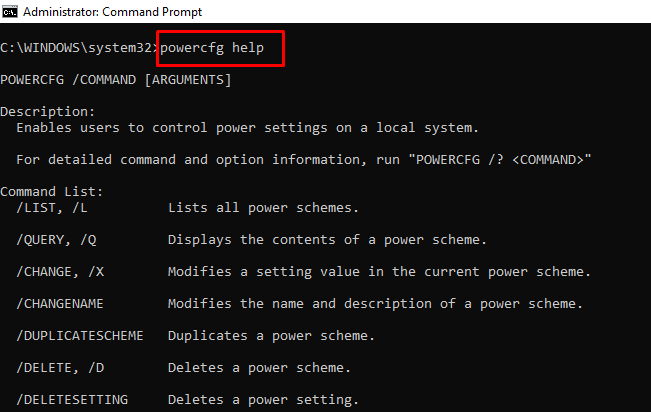 For example, you can use powercfg /energy to generate a battery health report. 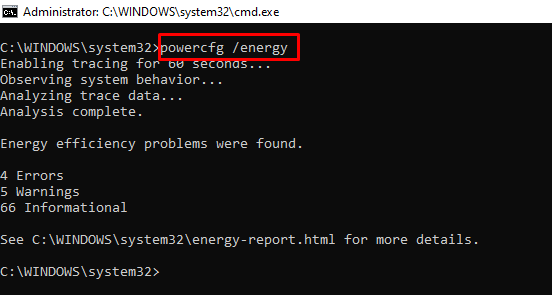 The powercfg /energy command will generate an HTML file containing the report. You can find the HTML file in C:\Windows\system32\energy-report.html.

dir – Lists Items in a Directory 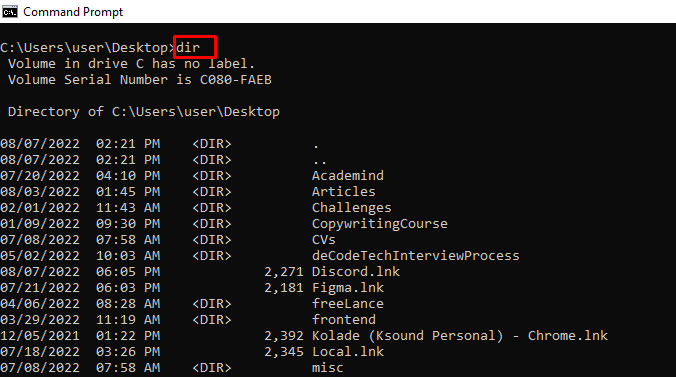 You can hide a folder right from the command line by typing in attrib +h +s +r folder_name and then pressing ENTER.

tree – Shows the Tree of the Current Directory or Specified Drive 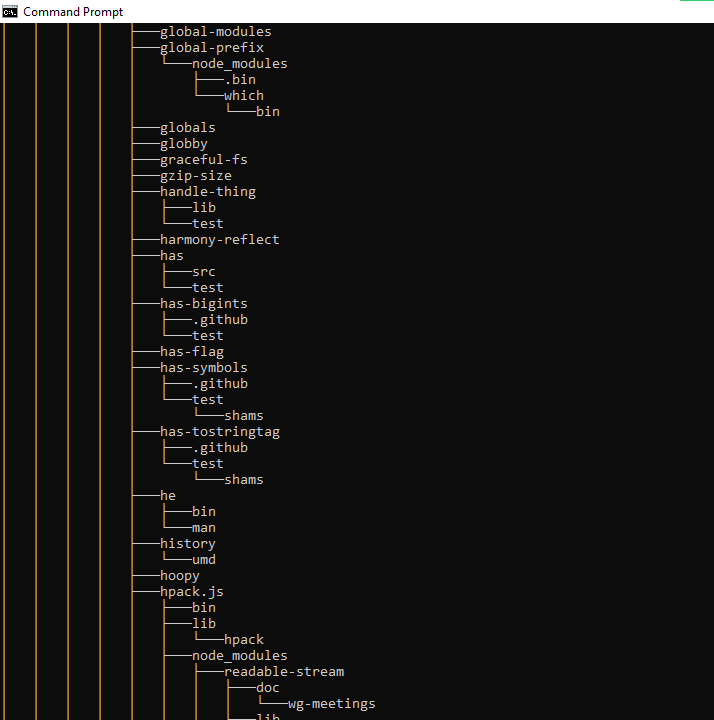 ver – Shows the Version of the OS 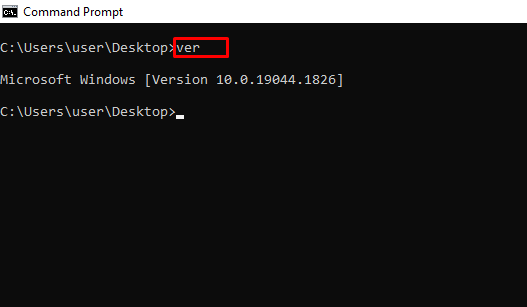 You can do the same thing you do with the task manager with this command: 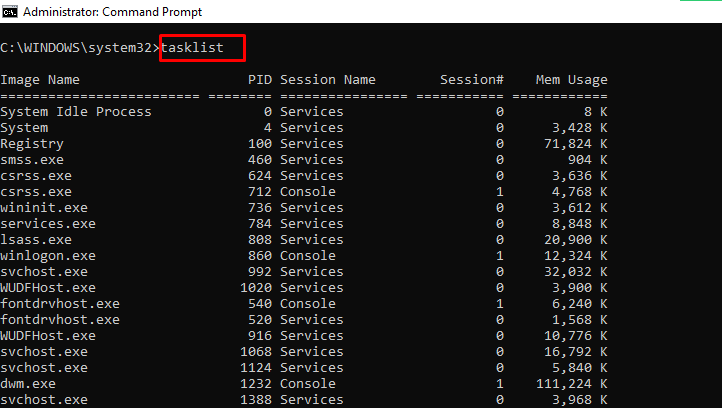 The next command shows you how to close an open task. 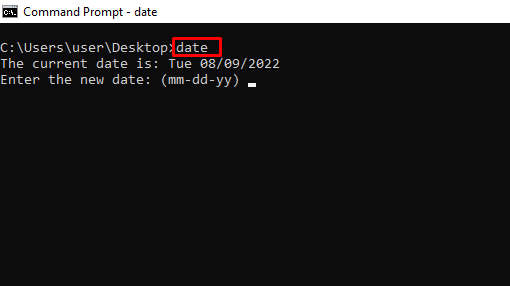 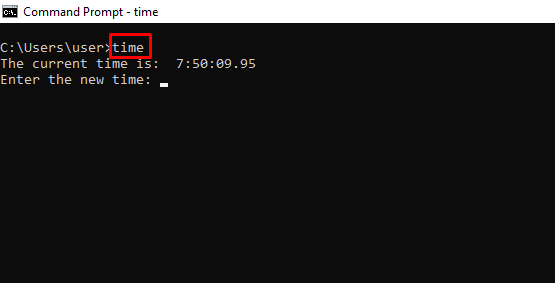 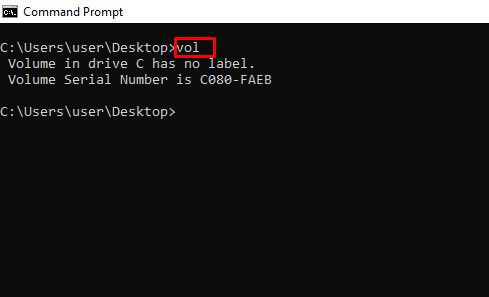 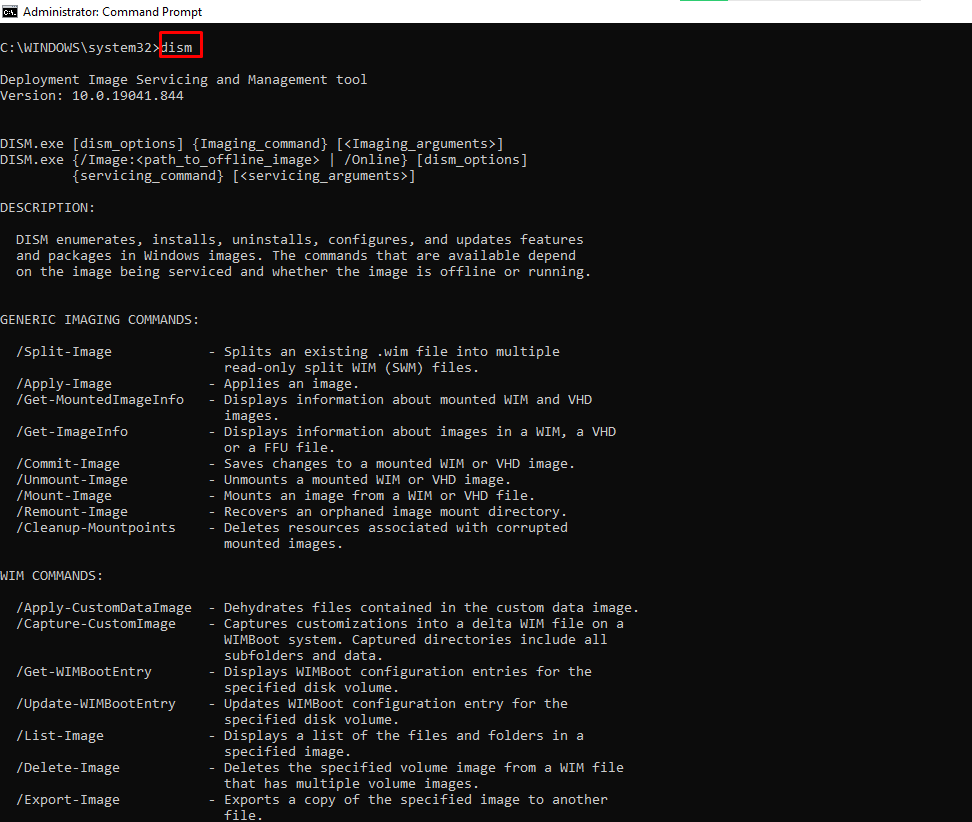 CTRL + C – Stops the Execution of a Command

-help – Provides a Guide to other Commands

For example, powercfg -help shows how to use the powercfg command 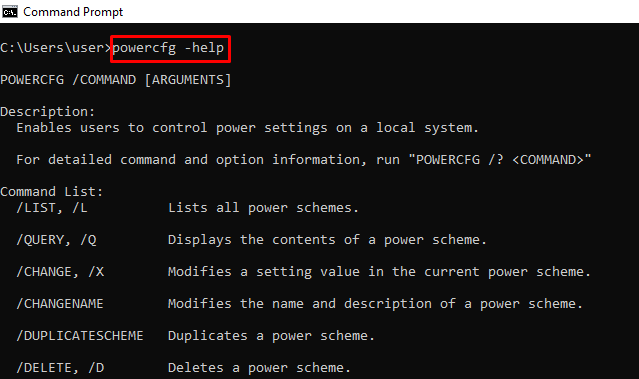 echo – Shows Custom Messages or Messages from a Script or File 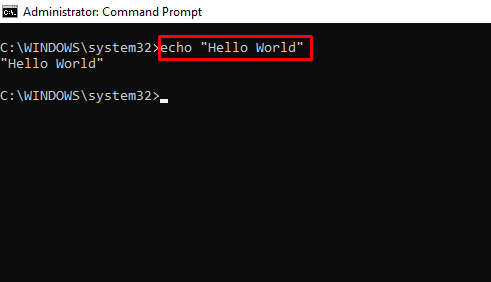 You can also use the echo command to create a file with this syntax echo file-content > filename.extension. 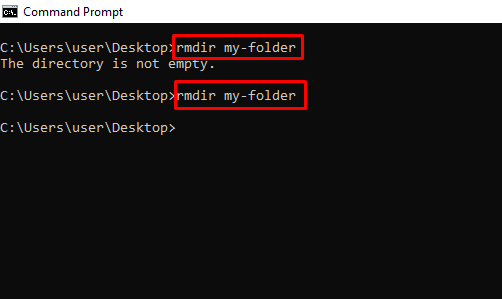 N.B.: The folder must be empty for this command to work.

more – Shows More Information or the Content of a File 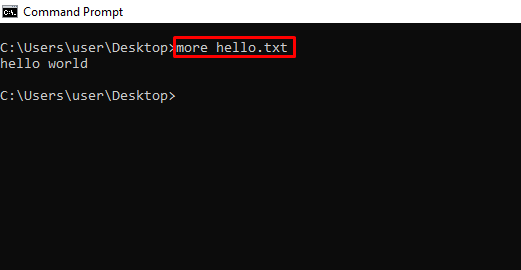 move – Moves a File or Folder to a Specified Folder 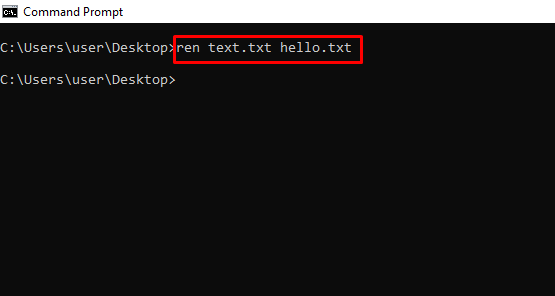 In case you enter several commands and the command line gets clogged up, you can use cls to clear all entries and their outputs.

You can shut down, restart, hibernate, and sleep your PC from the command line.

Enter shutdown in the command line so you can see the extensions you can use to perform the actions. For example, shutdown /r will restart your computer. 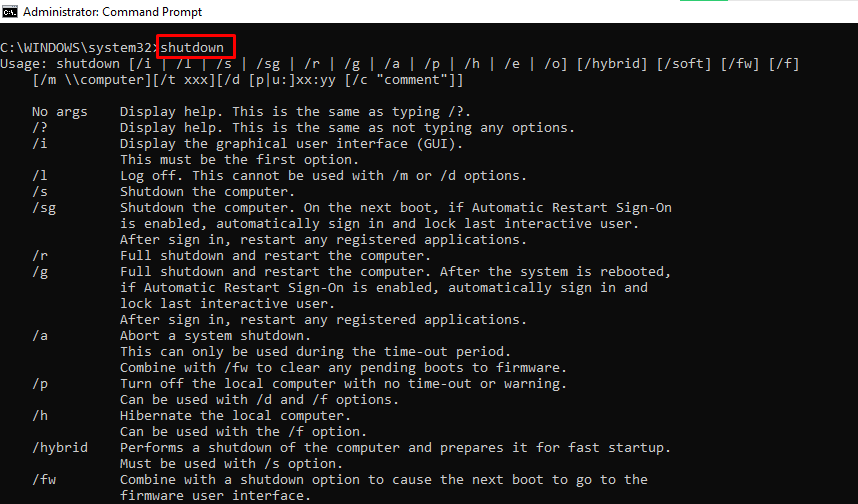 This article showed you several “unknown-to-many” commands you can use to get access to hidden functionalities on your Windows PC.

Again, you should be careful while working with these commands because they can have a lasting effect on your OS.

If you find the commands helpful, share the article with your friends and family.

In case you know another useful command I did not list, tell me about it on Twitter. I will add it and mention you as the source.