Whether you are new to the world of development, or have been building things for a long time — or even if you’re a person who just likes computers and uses the internet daily — you’ve got to know the basics of networking and specifically Computer Networks.

If you like digging more into servers, their security, and how you connect to your servers from a remote client, all of this requires some knowledge of computer networks and their components. I have tried to cover most of the topics concerning computer networks in this article.

Also, from here, I will refer to “computer networks” simply as “networks”.

Let us first look at my working definition of computer networks:

Computer networks can be defined as the exchange of network packets between computing machines across the world with the help of data lines like wire cables, optical fibers, etc.

The Internet is a kind of computer network. Sorta.

We will take a look at some commonly used terms and components and how they function in a computer network, some of which are in the above diagram.

Nodes in computer networks mean any computing device such as computers, mobile phones, tablets, etc which try to send and receive network packets across the network to another similar device.

Network packets are nothing but the information or units of data that a source node wants to send/receive to/from the destination node. In this article, network packets/data packets all convey the same meaning.

Consider you want to send a birthday gift to your friend on their birthday, where will you send it? To their street address right?

Same is the case here. The early computer scientists wanted to identify computers on the internet with a unique number, something like a telephone numbers today. So, they came up with the concept of TCP/IP.

An IP of a computer device is the address of that device in a computer network. Technically, it is a 32-bit number used which identifies devices in a network. All the communication to and fro from the device in that network will be done in terms of its IP address.

Consider that you are uploading a file to any site or say to Google drive.

Talking at the lowest level of network communication, your file is converted to packets and each packet has the destination node address with it which is nothing but the IP address.

On a higher level, IP addresses are classified into two types:

IPv4 is classified into five classes named Class A, B, C, D, E.

Class A: As shown in the third column of the above image, for a Class A IP addresses, the first bit of the first octet of the IP address is constant and is “0”.

The Second column indicates the Network bits and the host bits of the corresponding class of IP address. Consider in case of a Class A IP address, we have the following formula:

The number of network bits and host bits are decided by the default subnet mask of the class of IP address.

Since Network bits = 8, Host bits = 24, their sum has to be 32, since IPv4 addresses are of 32 bits. But, since we are using the one bit (first bit in the first octet) to identify the class:

Now, here, for class A, you may wonder why I subtracted an extra 2 from the number of possible networks. It is because, for class A, 127.x.y.z was kept reserved. For other classes, the usual formula is used.

Class B: the case is similar with Class B. The only difference is 2 bits of the first octet are constant (10) and they identify the class of IP address that is class B. All other calculations are same, and I am not mentioning them here since they are easy to grab from the table above. They range from 128.0.x.x to 191.255.x.x .

Note: A device can have multiple IP addresses at the same time. Consider a device connected to two networks, wifi as well as any LAN network — it will have two IP addresses. This implies that the IP addresses are assigned to the interfaces and not directly to the computer.

As its name suggests, a Router is a hardware component that takes care of routing packets. It determines which node the packet came from and which destination node the sender node want to send it to. No computer knows where other computers are located, and packets are not sent to every computer. A Router identifies the destination node address to which a network packet has to be sent and it forwards it to the desired address.

Routers have a specific “Routing Protocol” which defines the format in which they exchange data with another router or networking nodes. In other words, routing protocol defines how routers communicate with each other.

Routers build up a “Routing Table” which identifies the most optimized paths to be taken in the network while sending packets.

Technically, a routing table is just a table with the list of “routes” from one router to other. Each route consists of the address of the other routers/nodes in the network and how to reach them.

Above is an example of a routing table. The key points to take a note of here are:

So this is the way a router works, with the help of Routing Protocol and Routing Table.

All good up to now. But, you must be thinking —

“Okay! But hey, we are learning about components here. I need to stitch them together and get to know how the internet works.”

Cool! Some more terms and you will have a proper understanding of how everything goes.

Network address translation is a technique used by routers to provide internet service to more devices with less usage of public IPs. Thus, a router is assigned a single IP address by the ISP and it assigns the private IPs to all the devices connected to it. NAT helps the ISPs provide internet access to more consumers.

“37641” is the random port number assigned by NAT router to your device/computer. (When there is network communication between daemons running on different ports on a computer, the respective port is used by NAT). Each outbound connection gets an assigned port by the NAT router.

But, since the outside world of the network doesn’t know about your private address, the connection looks like the following to medium.com:

That way, we achieve assigning a higher number of IP addresses without wasting many public IPs.

Now, when medium.com sends the response back to 104.244.42.129:59273 , it travels all the way to your home router which then looks up for the respective private IP and private port and redirects the packet to your device/computer.

Note: NAT is a generalized concept. NAT can be achieved as 1:1, 1:N where 1, N are the number of IP addresses in the network. A technique called as “IP Masquerading” is a 1:N NAT.

Dynamic Host Configuration Protocol or DHCP is responsible for assigning dynamic IP addresses to the hosts. The DHCP server is maintained by the ISP or previous router if there is a chain of routers to reach the host.

Note: Whenever a router or say a DHCP server maintained by an ISP or router restarts, the IP address allocation starts again and devices are allocated IPs which are different than the previous ones.

We have already discussed that any machine is identified by the IP address.

Okay, so you are running a web server on your localhost on your machine. If you have dug around in the hosts on any Linux machine, you would have encountered something like this:

which means that even if you type 127.0.0.1 in your browser’s URL bar, it would mean the same as localhost .

Similar to the above, the websites you use daily are web servers running on some remote instance/node having a static IP address. So, typing that IP address in your browser’s URL bar will take you to the website?

Yes, surely it will. But, are you a superhuman to remember the IP addresses of thousands of sites?

Thus, there come the domains that we use, say medium.com, twitter.com, behance.net, codementor.io, etc.

A Domain Name Server is a server having huge records of domain name mapping IP addresses which searches for the domain input and returns the respective IP address of the machine on which the website you want to access is hosted.

How does DNS work actually?

The Internet Corporation for Assigned Names and Numbers (ICANN) is a consortium (a non-profit corporation) that manages the assignment of domain names and IP address ranges on behalf of the community.

A domain is divided into three parts as shown in the following figure.

Internet Service Providers are the companies that provide everyone Internet. The article you are reading now is because of the internet that your ISP provides you.

ISPs provide internet, handle routing your requests to the correct destination, resolve domain names with the help of DNS cache that they maintain, and handle all this network infrastructure which enables us to use the internet.

ISP is a hierarchical thing working across the internet. There are certain types of ISPs namely Tier 1, Tier 2, Tier 3 ISPs.

Woot Woot! I am happy that you are still with me. We will put all the things together now.

Putting all of the above things together

Up until now, we have learned about all the components needed to make everything work. Now, we will glue them together.

So, this is how the Internet aka A kind of Computer Network using TCP/IP protocol works.

Thanks for reading the article. If you have any questions, please feel free to ask them in the comments below.

If you liked this article, please give me some ? and share it with others. See you in the next one. You are awesome!

Buy Sumedh Nimkarde a Coffee - BuyMeACoffee.com
Hello, I am Sumedh and my work is to build, break and rebuild things.www.buymeacoffee.com

Thanks a lot again for reading! Feel free to connect with me on Twitter, GitHub. 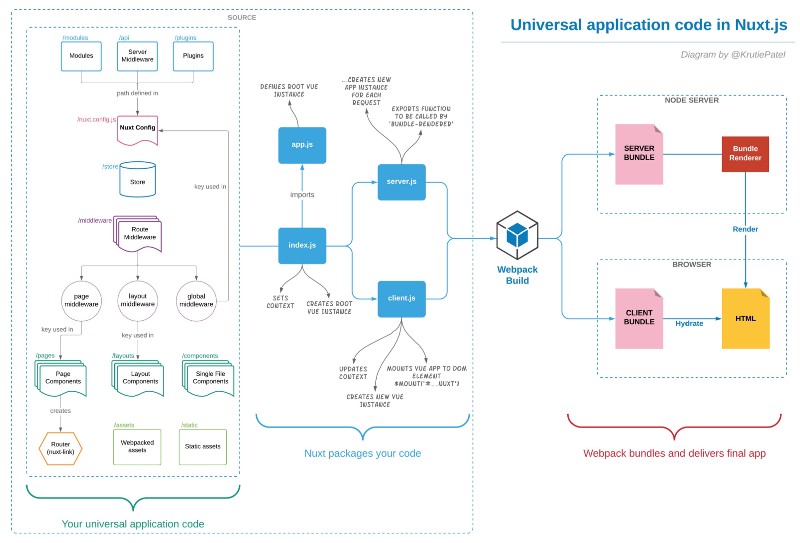 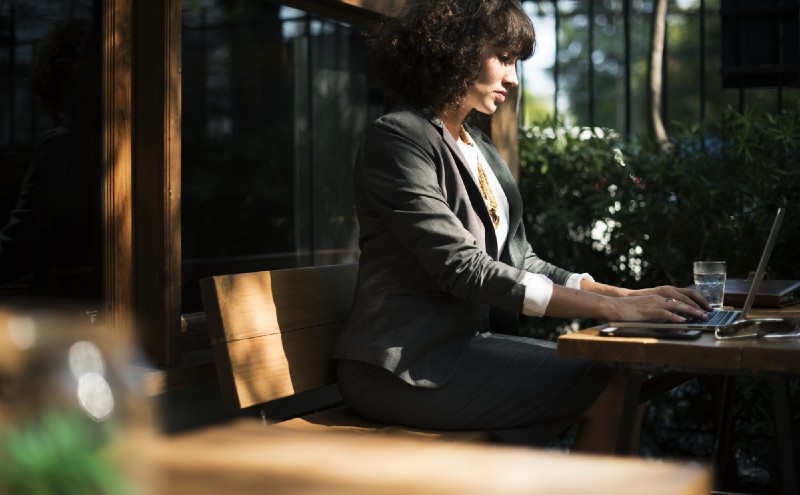