What is a decimal place value? What is the difference between whole and decimal numbers?

In this quick guide, you'll learn the basics of the decimal place value and how it works.

Numbers are used for performing mathematical operations and for representing data and information.

A number system is a way to represent numbers.

There are a variety of different number systems.

There is the base 2 number system. It's a system comprised of only two numbers, 0 and 1, and is called binary.

There is the base 16 hexadecimal number system, which includes sixteen alphanumeric characters - that is both numbers and letters. Specifically, there are letters ranging from A-F and numbers ranging from 0-9.

Lastly,there is the base 10 system that includes ten numbers (also called digits) used for counting: 0,1,2,3,4,5,6,7,8,9. This number system is the most widely used one in math, and it's the one we'll focus on in this article.

Whole numbers and their place value

In the base 10 number system, there are different number place values. The place value represents different sized counting groups.

For example, there is the ones place. This counts numbers one at a time. It shows how many ones there are.

Then, there is the tens place. This one shows how many groups of ten there are at a time.

There is also the hundreds place, which counts a group of a hundred at a time, and so on. The places keep on getting bigger and bigger.

For whole numbers, each place value on the left hand side is multiplied by ten and gets bigger and bigger. Each group is ten times bigger than the previous one.

For example, the number 659 can be written explicitly like so:

The ten digits in the base 10 numbers system can be used in a variety of combinations, to present numbers of all different sizes, depending on their place value.

In a nutshell, the place where a digit is situated will determine its value.

For example, in the number 1467, the digit 6 does not represent the single number six, but the number 60, since it is in the tens place.

Decimal numbers and their place value

Decimal numbers are fractions of a number, specifically in-between amounts of a whole number.

Their place value works the opposite of decimal numbers.

They extend to the right hand side of the whole number (after a decimal point) and each place to the right gets smaller than the previous one by ten - that is, each place is divided by 10.

The way whole numbers and decimal numbers are separated is by a decimal point or period, (.). 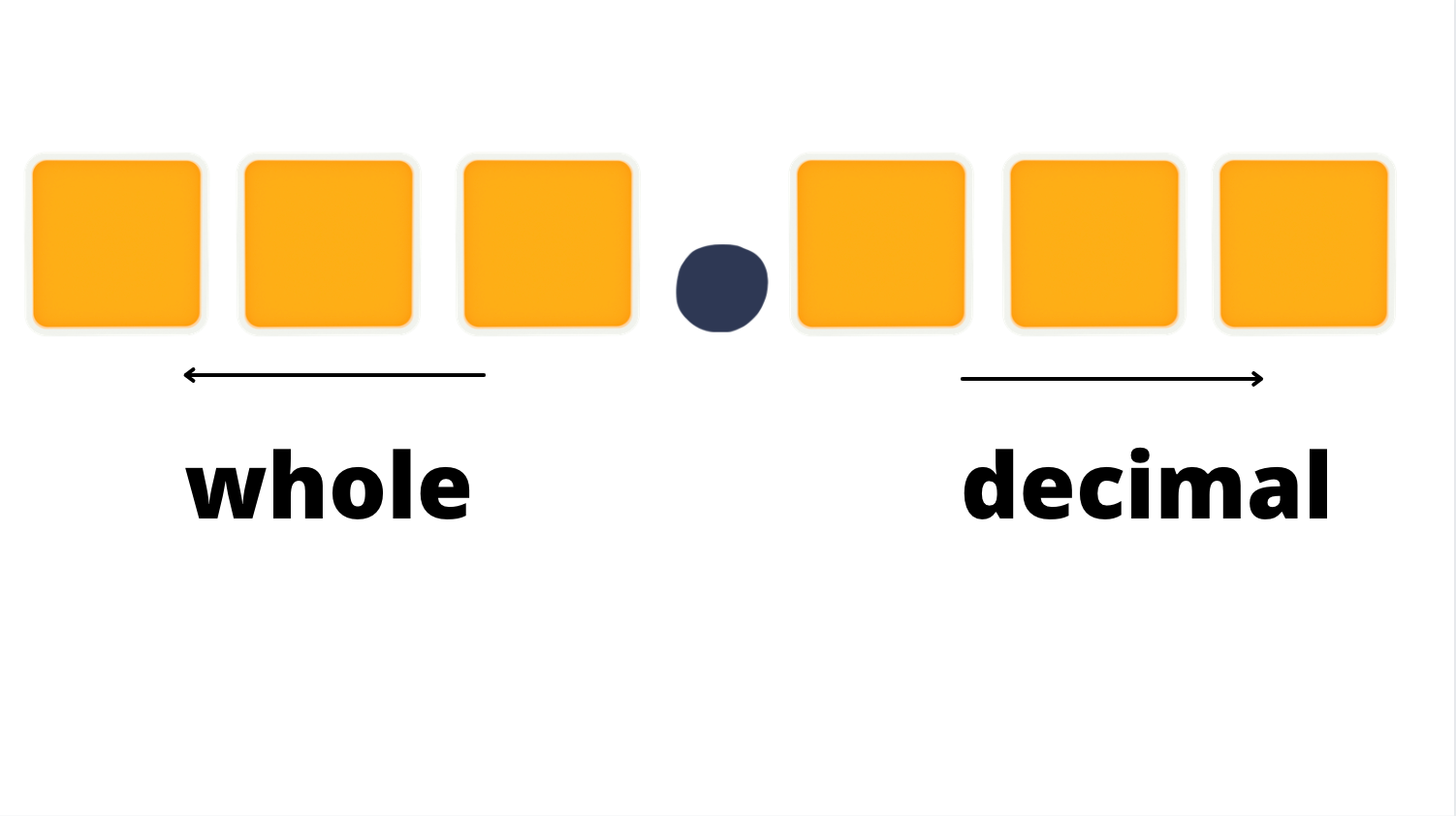 Take for example the number 543.769 and the digits that come on the right of the decimal point.

As mentioned earlier, each place to the right gets smaller and smaller and divided by ten.

What is the place value of the digit 2?

As a reminder, the place where the digit is as will also determine its value.