There are 2 core concepts:

Both iterable and iterator follow a protocol that enables objects to be iterable:

Iterability follows the idea of data sources and data consumers:

For a structure to be a data source, it needs to allow and say how its data should be consumed. This is done through iterators. Therefore, a data source needs to follow the iterator protocol described above.

However, it’s not practical for every data consumer to support all data sources, especially since JavaScript allows us to build our own data sources. So ES6 introduces the interface Iterable.

Data consumers consume the data from data sources through iterables.

Let’s see how this works on a defined data source — Array.

We will use for-of to explore some of the data sources that implement the iterable protocol.

At this stage we need to say that plain objects are not iterable. Axel Rauschmayer does a great job explaining why on Exploring ES6.

A brief explanation is that we can iterate over a JavaScript objects at two different levels:

However, bringing the concept of iteration into plain objects means mixing-up program and data structures — Axel

The problem with plain objects is everyones’ ability to create their own objects.

While it is possible to distinguish between the two levels of iteration on well-defined structures, such as Arrays, it is impossible to do so for any object.

This is why we get iteration for free on Array (also on String, Map, and Set) but not on plain objects.

We can, however, implement our own iterables.

We can build our own iterables, although we usually use generators for that.

In order to build our own iterable we need to follow the iteration protocol, which says:

Our iterable implementation is very simple. We have followed the iterable protocol and on each iteration the for-of loop will ask the iterator for the next element.

Our iterator will return on next an object containing the following by iteration:

Please note that we switch the order of the our properties next and done for convenience. Having next first, it would break the implementation since we will first pop an element and then count the elements.

It is useful to know that done is false by default, which means that we can ignore it when that’s the case. The same is true for value when done is true.

We will see that in a minute.

Iterator as an Iterable

We could build our iterator as an iterable.

Please note that this is the pattern followed by ES6 built-in iterators.

Why is this a useful?

Although for-of only works with iterables, not with iterators, being the same means that we can pause the execution of for-of and continue afterwords.

There are two optional iterator methods that we haven’t explore yet:

return gives the iterator the opportunity to clean up the house when it breaks unexpectedly. When we call return on an iterator we are specifying that we don’t plan to call next anymore.

throw is only applied to generators. We will see that when we play with generators.

ES6 brings iteration as a new way to iterate over JavaScript data structures.

For iteration to be possible there are data producers, who contain the data, and data consumers, who take that data.

In order for this combination to work smoothly iteration is defined by a protocol, which says:

Plain objects are not iterable since there’s no easy way to distinguish between program and data level iteration.

That’s why ES6 offers a way to build our own iterators by following the iterator protocol.

Be sure to check out my other articles on ES6

Let’s explore ES6 Generators
Generators are an implementation of iterables.medium.freecodecamp.com 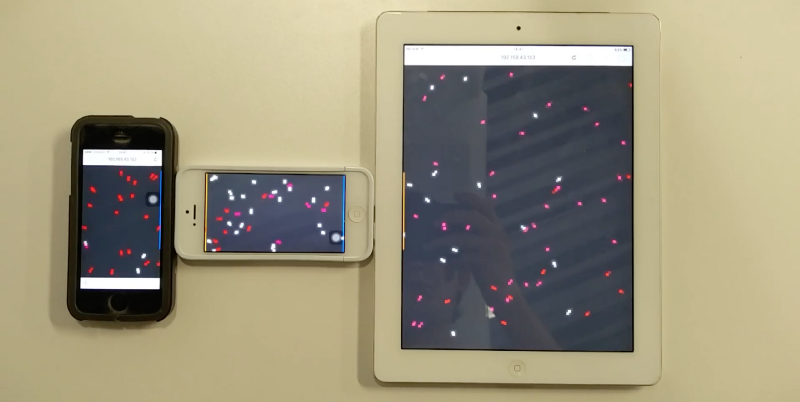