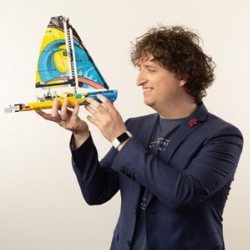 At DevSkiller, we are known for our detailed industry reports that assist IT recruitment professionals with their hiring decisions. And this past year has been the most diverse and data-heavy set of information ever compiled by our team.

Despite the circumstances that 2020 brought us, the show must go on. We have compiled 304,654 coding tests sent to developers in 156 countries to create the 2021 DevSkiller IT skills report.

Whilst it’s easy to point to the big tech multinationals that will indeed profit from a crisis like we’ve had, many other small businesses will have a hard time adapting to the market’s fluctuating demands.

Innovative tech can help alleviate a lot of the unforeseen burdens in this pursuit, but businesses are wary of the risks involved by relying on unfamiliar technologies.

To make it easier to process how our world in tech has changed during the past year, I will provide insights into the dataset and emphasize some of the more relevant findings from the report this year.

One of this year's most significant developments is that Java has rejoined JavaScript for the top spot in IT skills. The two popular languages were seen in 43% of test invites.

The remainder of the top 5 are SQL, .NET/C#, and CSS/HTML for the second year running.

With Java once again asserting its relevance, this trend indicates that despite the importance of front-end architecture in software development, many companies seek developers who are skilled in back-end technologies.

As we found in last year's report, the top 5 IT skills are commonly tested with other languages across DevSkiller’s platform. However, it goes to show that more and more companies are searching for developers competent in these IT skills.

2) 75% of companies are looking for JavaScript developers

Interestingly, the top 5 desired IT skills have remained unchanged from last year. There has been a slight shift in their overall percentages, but the list has more or less stayed the same.

This past year, 75% of companies were looking for JavaScript developers. SQL took out second place with 63%, while Java has dropped slightly to 51%. HTML/CSS and .NET/C# have both seen minimal improvements from last year registering 48% and 41%, respectively.

These numbers are also backed up in the Stack Overflow 2020 Developer Survey, where it also holds the top spot. This is enough evidence to suggest that JavaScript remains the go-to front-end IT skill.

We’d like to point out the growing shift towards TypeScript as a replacement for JavaScript. The distinction between the two is not specified in this report as we classify most TypeScript coding test invitations as JavaScript on our platform. In forthcoming years, we'll make a clearer distinction.

For another year in a row, SQL reigns supreme as the most popular database IT skill. While companies are increasingly choosing .NET/C# to solve technical issues, Java still remains the preferred option. The rise in popularity of HTML/CSS points to the ever growing need for skilled web developers.

Over the past year, we decided to run an analysis on the most popular browsers and operating systems used by candidates on our system.

Rather unsurprisingly, Google Chrome (68.84%) was the preferred browser by a considerable margin. This finding mirrors data from StatCounter Global, which lists Google Chrome as the most popular web browser (63.54%) at the time of publication.

Mozilla Firefox (15.28%) came in second place on our list, followed by Edge-chromium (6.01%) and Safari (3.93%). Our supplementary source, StatCounter, has Safari in second place while Firefox sits at third.

This suggests that developers have different needs that are better met by Firefox - suggesting that developers don’t necessarily follow the same trends as the general public.

4) More candidates are taking coding tests than ever before (69%)

This past year a record 69% of tests were sat by candidates, resulting in our highest uptake rates ever. Last year, only 41% of candidates took the test. If you take into account the fact that companies sent out DevSkiller coding tests to a greater number of candidates than last year, it is an even more impressive feat.

We believe the higher uptake in this year's report is likely due to the COVID-19 pandemic. Candidates who have either been forced into unemployment or are uncertain about their job security are not ignoring their coding invitations.

5) React, MySQL, Spring, ASP.NET, Data Analysis, HTML, Laravel, and Bash are the most popular technologies in their respective tech stacks

Since our tests were created with the tech stack in mind, we are able to see what the most popular IT skills, resources, and technologies are in their respective stacks.

React is the most popular technology used in the JavaScript tech stack, present in 35% of tests.

React leads the way for the second year running as the most popular technology within the JavaScript tech stack.

Just as it did last year, React tops the Hacker News hiring trends extending its streak to 31 consecutive months at the time of publication.

MySQL is used in more than half of SQL tests at 53%.

MySQL has increased in popularity year after year, with a near 16% increase for the database management system in 2020. SQL Server and HSQLDB placed in second and third.

Spring is the most used tool in the Java tech stack with 36% of tests.

Spring is still the most popular tool here but has lost some ground compared to last year (47%). The user-friendliness and functionality of Spring Boot placed the popular framework in second position.

ASP.NET is seen in almost half of all .NET/C# tech stack tests.

Data Analysis tops the Python tech stack, being used in 35.22% of tests.

Holding its place for the second year running is the popular open-source web framework Django with 20.96%.

HTML was present in 94% of all CSS tests.

As the two technologies are so interchangeable, it's little surprise that HTML featured so predominantly in the CSS tech stack.

Laravel remains the most popular resource in the PHP tech stack with 26.65% of tests.

Despite dropping slightly from last year, Laravel remains the most popular framework of the PHP tech stack. Symfony was the other clear standout seen in 17.07% of tests.

Bash is the industry leader in the DevOps tech stack, present in 70.61% of tests.

This is the first year that we've included the DevOps tech stack in this report, and it's popularity in recent years has quickly increased. Following Bash was networking (65.31%), and then Docker and System Administration tied at 54.69%.

The COVID-19 pandemic has caused significant changes in company hiring patterns. As a result, most companies have undergone rapid transformations into remote-friendly or even remote-first workplaces, which has prompted a substantial rise in international hiring.

This year, the UK, Canada, Australia, Indonesia, Denmark, and Chile all saw increases in their international hiring percentages.

In previous years, we used the mean score to determine the highest scoring developers by country.

This year, we have analyzed the 90th percentile — which demonstrates the results that only the top 10% of candidates in a given country scored better than. We made this change because the mean score includes outliers that often influence averages and skew results.

The US is the global leader in international hiring but has slipped to the 5th largest labor market. In 2020, we saw the US drop from second position to fourth, forming part of a continuing downward trend.

These statistics are testament to the improving quality of developers from other markets. Brazil holds its position in the top 5, while developers from Russia and Canada are becoming increasingly popular sources for overseas recruitment.

The other trend we see is that companies are concentrating on allocating IT skills to outsourced-focused countries. This trend is likely to continue for years ahead.

Interestingly, Canada and Brazil are in first and second position for the top countries from which the US recruits its developers. As we noted last year, the proximity and the relative time difference makes them desirable for US companies to source developers from those countries.

What do these IT skills numbers mean for us moving forward?

2020 challenged us in every way possible. The consequences of its impact will undoubtedly take years to recover from, including the tech world.

Despite this sobering reality, The Bureau of Labor Statistics projects an 11% growth in the IT industry over the next ten years. An even greater uplift is forecasted in the field of software development.

We’ve also analyzed the state of the global IT market for 2020 and the outlook for 2021. As reported by CompTia, research consultancy firm IDC projected global IT revenue to be $4.8 trillion for 2020 back in August, however due to the COVID-19 pandemic it failed to reach that mark.

As expected, in 2021 the US will be the largest tech market in the world with 33% of the total revenue or $1.6 trillion. Outside of the US, Western Europe (19%) and China (14%) are the next two largest technology markets projected for 2021.

While all of our data was compiled over the past year, it holds some interesting insights for the year ahead:

These are just some of the findings in the report. Check out the full 2021 DevSkiller IT skills report if you want to get the complete picture of these insights and more.