Branching is an integral part of Git because it lets you work without tampering with code that's already in production.

When you finish working with a branch other than main, you'll want to merge it with the main so the feature or bug fix you just integrated will be reflected.

But what if you finish merging and realize you forgot to do one more thing? Or what if you accidentally merge when you are not ready to?

You can undo almost anything in Git. So, in this article, I will show you how to undo a merge in Git so you can revert to the last commit you made.

How to Undo a Merge Commit in Git

You can use the Git reset command to undo a merge.

Firstly, you need to check for the commit hash (or id) so you can use it to go back to the previous commit.

To check for the hash, run git log or git reflog. git reflog is a better option because things are more readable with it. 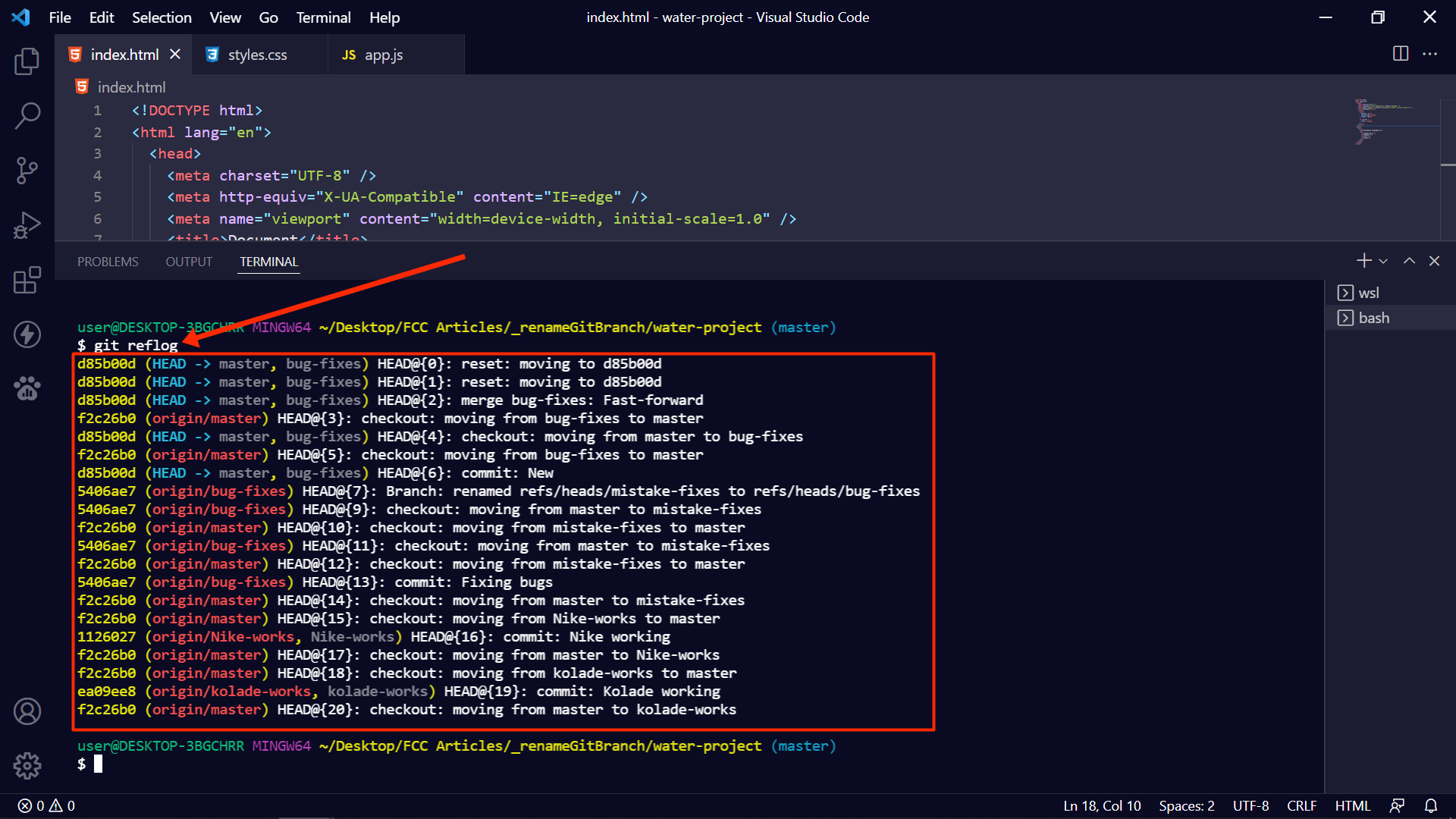 When you get the hash of the commit you want to get back to, run git reset --hard commit-before-the-merge: 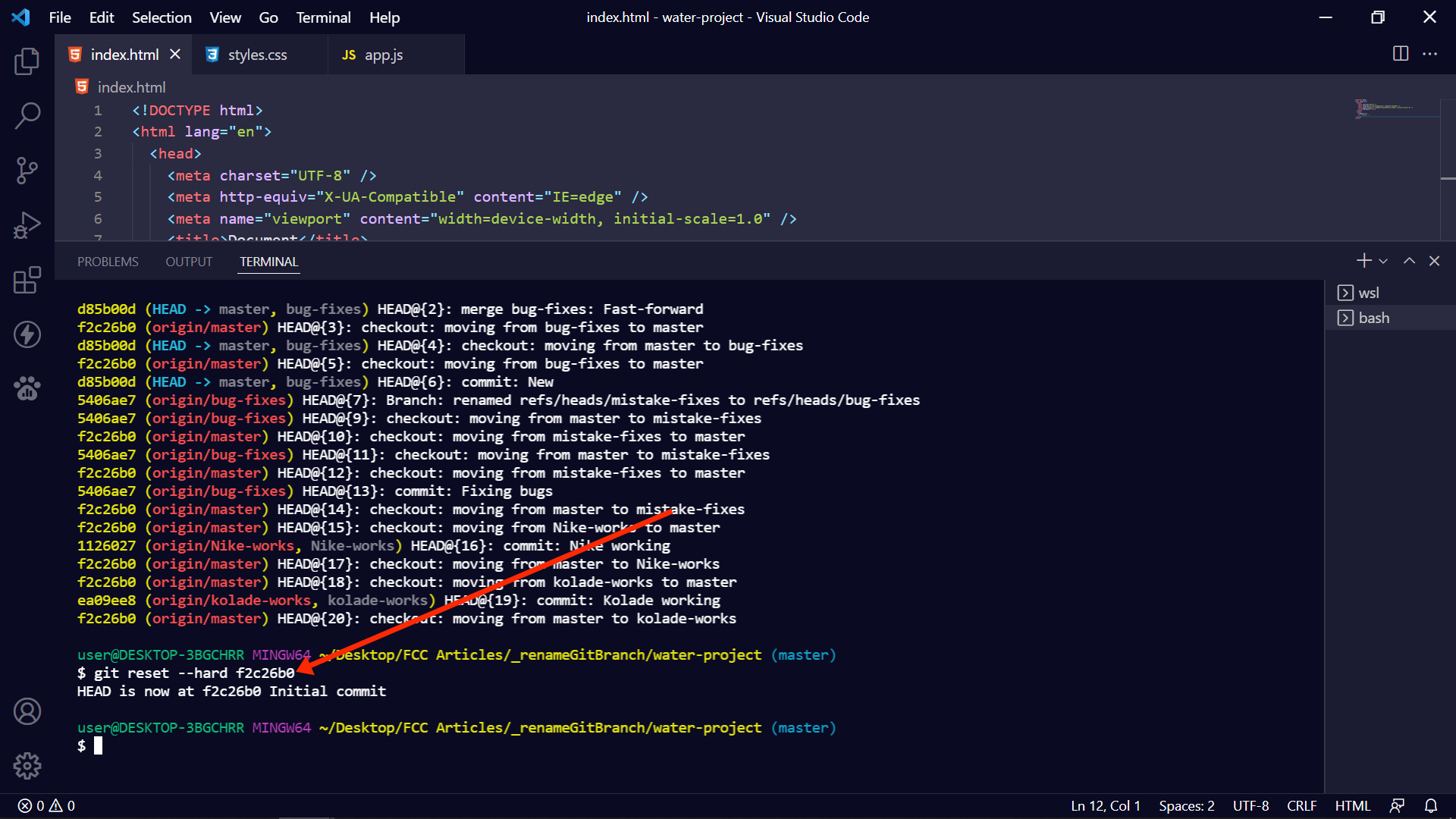 You should see some things get removed from your code editor when you run the command.

If you are not sure of the hash of the last commit, you can run git reset --hard HEAD~1 to go back to the commit before the merge: 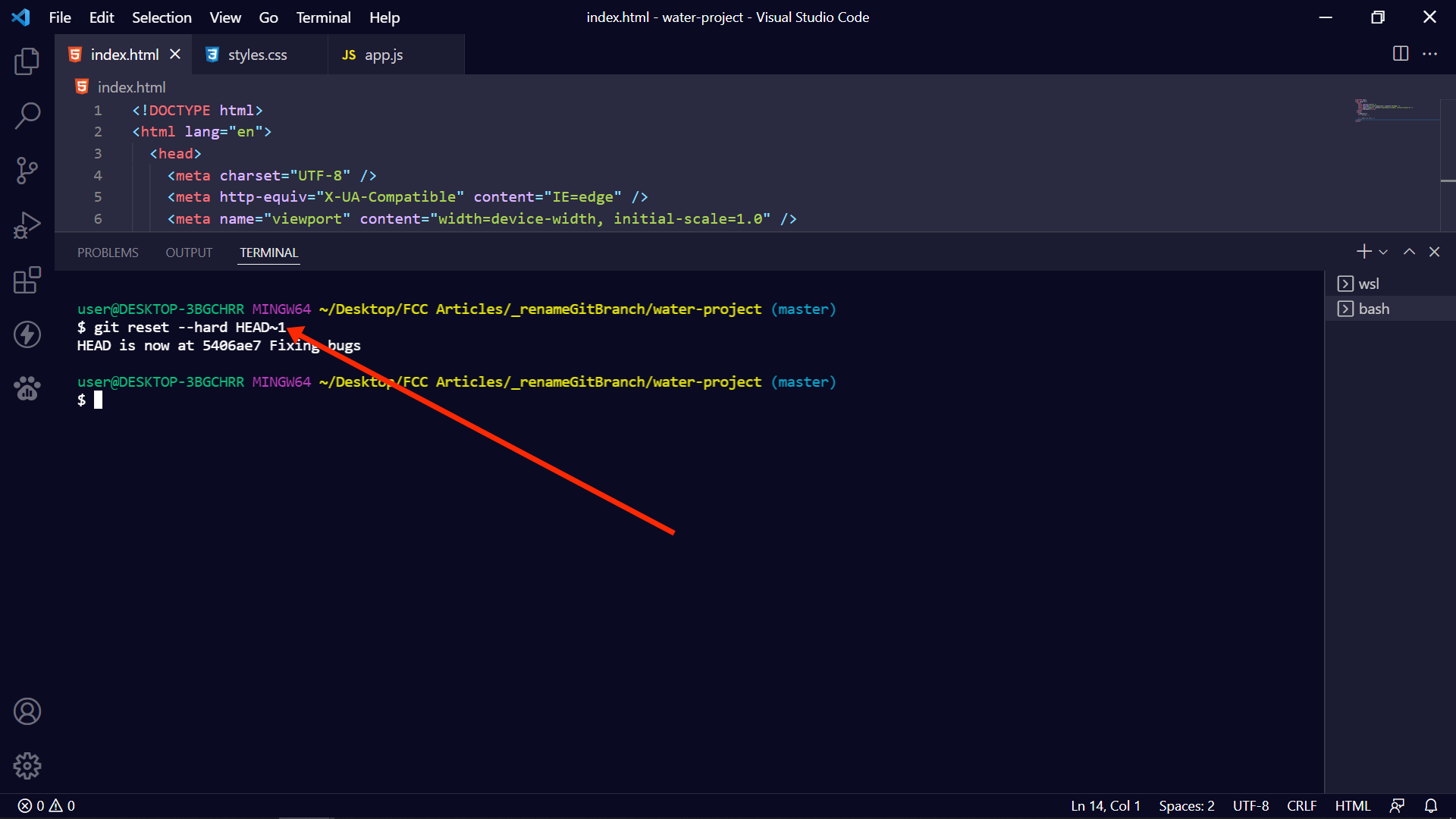 Note that when you use the --hard flag to undo a merge, any uncommitted change will be reverted.

A Better Way to Undo a Merge in Git

Since the methods discussed above will revert uncommitted changes, Git provides a safer flag which is --merge.

To undo a merge with the --merge flag, run git reflog to see the hashes of commits, then run git reset --merge previous-commit: 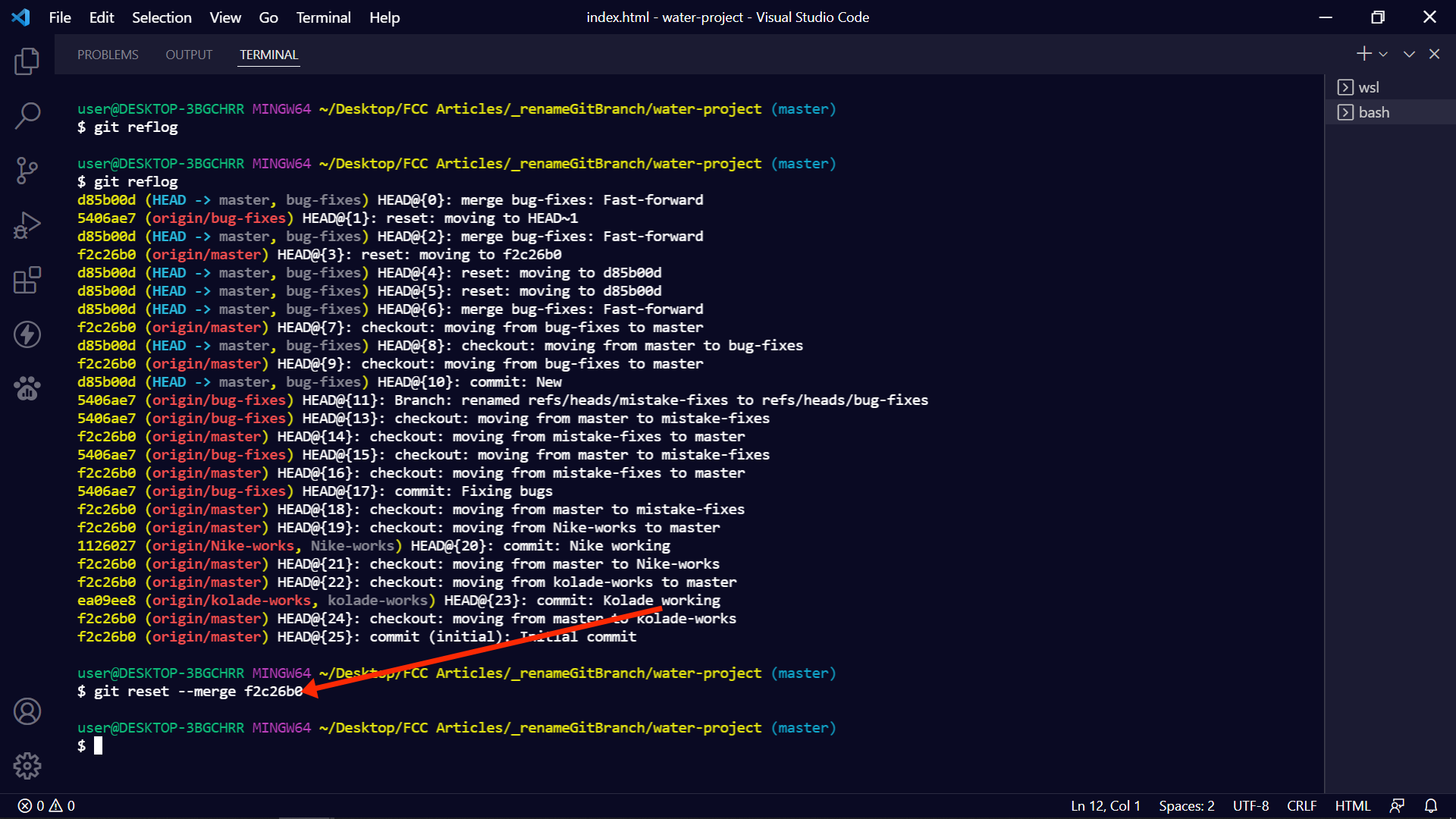 You can also use the HEAD keyword with the --merge flag by running git reset --merge HEAD~1: 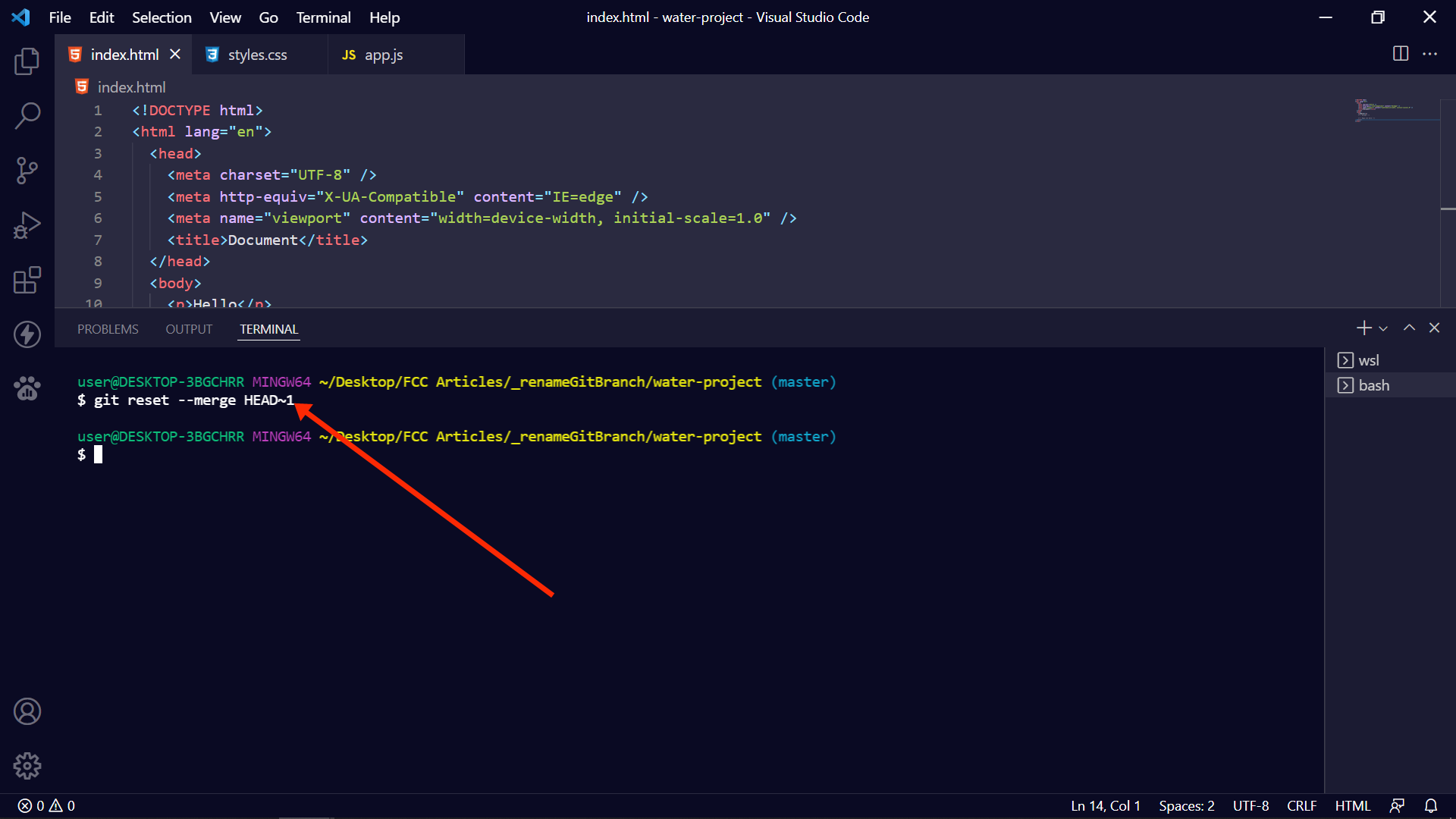 N.B.: If you don’t get a response from this command when you use the --merge flag, don’t worry, it works.

In this article, you learned how to undo a merge in Git, so you can undo a mistaken or unwanted merge and work more efficiently with Git.