Launch Lessons: How Tinder, Reddit, Airbnb, Etsy and Uber got their first users

This summer, I’ve been working on getting pre-launch buzz for a real estate startup called Suuty. This lead to lots of Googling about what kinds of strategies other disruptive companies have used to get their first users. A number of stories I found were surprising, resourceful and at the very least, interesting. Here are just a few that kept me inspired.

AirBed & Breakfast was born when Brian Chesky and Joe Gebbia rented out three air mattresses in their living room to attendees of a massive local design conference. All the hotels in the area had been completely booked and their three air mattresses went quickly. Their guests ended up loving the experience. An added bonus was that none of their guests came from the young and hip demographic the two friends were expecting.

Brian and Joe brought on their third cofounder, Nathan Blecharczyk, and continued to get their earliest adopters by targeting events that would sell out the surrounding hotels. They were also able to use these events (and the hotel shortages) as vehicles to continuously direct press attention to AirBnB, which they credit as a key driver of their early success.

AirBnB’s most famous growth hack may be their cross-platform integration with Craigslist. Not only did they harvest emails from Craigslist listers and convince most of them to list their short term rentals on Airbnb, they also made it easy for their users to post listings to Craigslist through Airbnb with one click — which is a lot more difficult than it sounds.

Reddit’s Strategy: Fake it till you make it.

No one wants to use a silent forum. So Reddit turned this big issue into a non-issue by making tons of fake accounts and using them to interact with each other.

It was a straightforward way of solving the chicken and egg, or in this case user and content problem. According to Steve Huffman, cofounder of Reddit, it took months for the homepage of Reddit to be filled by organically generated content.

An added bonus of this strategy was that it allowed the founding team to influence the tone of the future Reddit community, although it is a bit ironic that a community which now prides itself on authenticity may not be around today if it wasn’t for a few white lies in the beginning.

It also didn’t hurt that the Reddit logo is pretty cute. Alex Ohanian, co-founder of Reddit, called stickers featuring the little alien their soundest investment. In fact, it was their only marketing investment and totaled a princely sum of $500.

Etsy’s Strategy: Give the people what they want.

Etsy was lucky in the sense that before the idea even took shape, their founders were engaged with a large community that was vocally requesting a marketplace for handmade crafts.

Initially, the Etsy team were freelance web designers and one of their clients was a craft forum called getcrafty.com. Throughout the redesign process, the Etsy team interacted with the website’s 10,000 users to best understand their needs. They began to notice that there was a large number of users who were looking for a platform to sell their handmade wares.

While they were building Etsy, they also found out about Crafster.org, this time a message board with 100,000 users and were able to tap into another willing market.

“tl;dr: We extended an accommodating bridge to a preexisting online community, and they jumped aboard happily.” — Chris Maguire

Two months later, the site launched and quickly gained its first users. The Etsy team then did everything they could to support these merchants, whether it be online support or offline, at arts and crafts fairs across the country. By supporting the sellers in bringing buyers to Etsy, they could fill the dual sided marketplace in a sustainable way.

Uber’s Strategy: Give them such a great experience, they want to talk about it.

Garett Camp and Travis Kalanick, were in Paris for the LeWeb conference when they started commiserating about the difficulty of hailing a cab. This was the beginning of UberCab, which was initially a black car service.

To get their first drivers, Travis cold called black car drivers and offered to pay them an hourly rate while they tried out the platform. Three of the first 10 drivers that he called, agreed to give it a try.

Then, to incentivize passengers, they offered free rides at local events in the tech saavy San Francisco community and worked hard to make each experience the best it could be. According to Kalanick, word of mouth was the biggest driver of sales and Uber spent next to nothing on traditional marketing.

“I’m talking old school word of mouth, you know at the water cooler in the office, at a restaurant when you’re paying the bill, at a party with friends — ‘Who’s Ubering home?’ 95% of all our riders have heard about Uber from other Uber riders.” — Travis Kalanick

“When someone sees the ease of use, the fact that they press a button on their phone and in under 5 minutes a car appears, they inevitably become a brand advocate.” — Max J. Crowley , Business Development at Uber

The founders of Tinder pinpointed the college market as the most difficult market to convince to use the app, at a time when online dating was significantly more stigmatized than it is now.

How do you get the attention of college students? You could throw a party.

Admission to the launch parties were exclusive to those who could show the Tinder app downloaded on their phone. Then, the Tinder team would go to the next university campus and do this again.

Tinder also recognized that they were serving a dual-sided marketplace. Whitney Wolfe (their co-founder and Head of Marketing who eventually left to start up Bumble) came up with the idea of promoting to sororities and is credited with much of their early growth.

“Her pitch was pretty genius. She would go to chapters of her sorority, do her presentation, and have all the girls at the meetings install the app. Then she’d go to the corresponding brother fraternity — they’d open the app and see all these cute girls they knew.” — Angel Munoz

Before Wolfe made the trip to sororities across the country, Tinder had less than 5,000 users. When she returned, that number had grown to around 15,000. Their continued success had much to do with being the first to really gamify the dating experience and their ridiculously intuitive user interface.

The common pattern across all these companies was a relentless drive and the willingness to do whatever they could to interact directly with their end user. In doing so, they were able to build a product, a platform or a community that their users enjoyed being a part of and wanted to share with their friends.

One interesting thing to note is that how many users these companies had in the beginning, seemed to have little impact on success in the end. Etsy had thousands of sellers sign up at launch but on the other end, Reddit had to fake their users for months. Uber technically started with three drivers, and Airbnb started with three air mattresses. What mattered more was what happened after you had acquired your first few users.

Paul Graham, of Y Combinator, wrote a well-known article he entitled: “Do things that don’t scale.” In the linked post, he explains why he gives this paradoxical piece of advice, much better than I could, but I’ll draw your attention to this line:

“All you need from a launch is some initial core of users. How well you’re doing a few months later will depend more on how happy you made those users than how many there were of them.” — Paul Graham

Crash and Burn: How Yik Yak, Fab.com, and Vine failed to keep the momentum going
Most startups fail because there was no market need (42% of them, actually). But what about the rest? After finding…medium.comOn-Demand Food is Hungry for Marketshare
Where are on-demand food companies like JustEat, GrubHub and DoorDash headed?startupsventurecapital.com 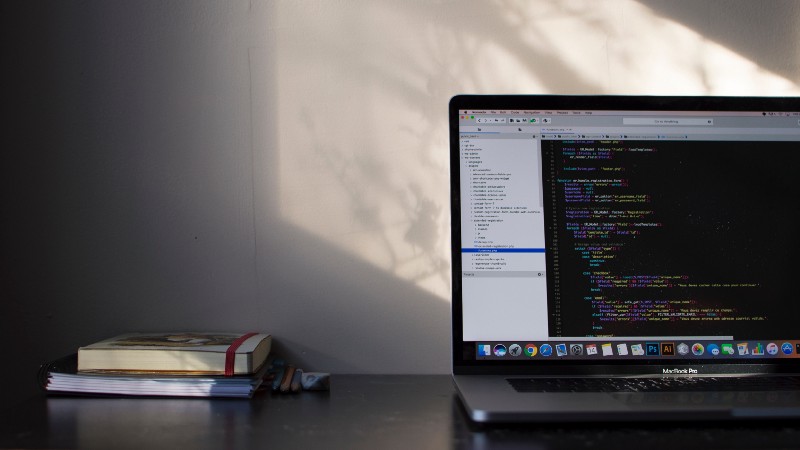