How to hack a car — a quick crash-course

The goal of this article is to get you started hacking cars — fast, cheap, and easy. In order to do this, we’ll spoof the RPM gauge as an example.

The following is by no means an exhaustive tutorial. It instead aims to provide just enough information to get you up and running. If you want to dig deeper you can checkout the must-reads at the end.

If you decide to carry out this tutorial in real life, you’ll need a Linux computer (or a virtual Linux machine), and a CAN-to-USB device (which we’ll look into later).

A car is a network

A car consists of multiple computers to control the engine, transmission, windows, locks, lights, etc. These computers are called electronic control units (ECU) and communicate with each other over a network.

There are multiple networks in a car, generally at least two:

Connecting to a network

Some networks can be accessed via the OBD-II port. OBD-II is mandatory on all cars and light trucks built in the US after 1996 and Europe after 2004.

The connector is in arms reach of the driver’s seat. You might need to lift off some plastic cover but it is always accessible without tools.

The OBD-II standard allows for five signaling protocols. It’s up to the manufacturer to decide which one to use. CAN is the most popular one and is what we will discuss. It is accessible via pins 6 and 14 of the OBD-II connector. If your car has a CAN bus, you will see metal leads on the pins as in the image above.

The CAN bus is a reliable, high speed bus that is used to send critical data. Unfortunately the data packets on the bus are not standardized so you will need to reverse them to know what they mean. The OBD-II standard also leaves room for vendor specific pins that can be used for vendor specific protocols. This makes it easier for the dealer to diagnose problems.

On my car (GM), I have a standard CAN bus on pins 6 and 14, and a vendor specific single wire CAN bus on pin 1. The standard CAN bus is a reliable, high speed (500 kbps) protocol also referred to as high speed CAN (HS-CAN). It is used for critical data. The single wire CAN bus (SW-CAN) or GMLAN is slower (33.3 kbps) and less reliable but cheaper since it only uses one wire. This bus is used for non-critical data.

If you see a vendor specific pin and don’t know which protocol is being used, Google “<make> OBD pinout”. There is also low speed CAN (LS-CAN) and medium speed CAN (MS-CAN). MS-CAN is generally on pins 3 & 11, running at 125 kbps on Ford and Volvo cars.

In order to receive and transmit CAN packets, you need a device that is capable of this. You will often come across ELM327 based devices. While these have their use, they are terrible for hacking. They are way too slow to monitor the CAN bus.

There are also high-end devices like Kvaser, Peak or EMS Wünsche. These will get the job done but are overkill and pretty expensive.

Some high-end devices also require you to purchase software along with it. The USB2CAN is a native CAN interface for Linux that offers great value for money.

You could also use Cantact or CANUSB. However these aren’t native CAN devices in Linux and use an ASCII based protocol. This means that they are slightly more complicated to set up and have lesser performance. On the other hand, they are well supported across multiple operating systems.

To communicate with the device you need to install the can-utils package on your Linux machine. You can do this via by typing the following into the Linux prompt:

Can-utils makes it extremely easy to send, receive and analyze CAN packets. These are the commands that we will use.

Linux has CAN support built in to the kernel via SocketCAN. This makes it easy to write your own additional programs. You can interact with the CAN bus in the same way you would interact with any other network i.e. via sockets.

Before you start reversing, you should have some understanding of how the CAN bus works. It consists of 2 wires and uses differential signaling. Since it’s a bus, multiple devices can be connected to these two wires. When a CAN frame is sent on the bus, it is received by all ECUs but is only processed if it’s useful for the ECU. If multiple CAN frames are sent at the same time, the one with the highest priority wins. A CAN frame has 3 parts that are relevant to us.

Reversing the CAN bus

The general approach to reversing the CAN bus is to generate the behavior you want to mimic and find the message that causes that behavior. For example, lets say the lane keeping assist system (LKAS) on your car is crap and you’ve made your own.

In our case, we want to spoof the tachometer so we need to change the RPM by stepping on the gas with the car on and in neutral and then try to find the packet responsible for changing the RPM.

Plug the CAN device into the car’s OBD-II port and the computer’s USB port. Bring up the CAN interface by running the following in your Linux prompt:

which brings up the can0 interface (always can0 if you only have one device connected) at a bit rate of 500 kbps, which is standard.

When the car is off, the ECUs are usually sleeping so you need to turn on the car or put it in accessory mode. You can look at raw CAN data by running this in your Linux prompt:

This prints CAN data to the screen as soon as it is received. This however is very unorganized and it is very difficult to see what packets correspond to a certain event. You can press ctrl+c to stop the program. To make the data more readable we use cansniffer which groups the packets by arbitration ID and only shows the packets that are changing. In order to start it run the command in your Linux prompt:

where -c colorizes the changing bytes and can0 is the interface to sniff. It takes a few seconds to remove the constant packets.

You should see something similar to the image below, though the numbers will probably be completely different.

The first column (delta) shows the rate in seconds at which the packets with that arbitration ID are being received. The second column (ID) contains the arbitration ID. The remaining alphanumeric columns (data …) contain the data bytes. If the data has an ASCII representation, it can be seen to the right, otherwise it’s a dot.

When you step on the throttle with the engine running in order to increase RPM, there might be new CAN messages appearing on the screen and/or existing ones changing.

We need to find a CAN message where the changing bytes correlate to the change in RPM. We can probably expect that the value will increase/decrease as the RPM increases/decreases.

The first CAN frame in cansniffer that seems to vary with RPM is the frame with arbitration id C9. There are probably multiple potential packets that vary with RPM, this is just the first one.

There are 4 bytes that are changing (colored red) in this message but not all of these necessarily indicate the RPM. Variations in the third byte 07 don’t seem to correlate to varying RPM. The last byte 1B does.

However, as soon as we take our foot off the throttle, it goes to 00 . This would indicate that it represents the throttle position and not the RPM.

Finally there are the two bytes 21 C0 that do seem to correspond to a change in RPM. More so, it varies as a 16 byte integer i.e. when the second byte C0 overflows, the first byte 21 gets increased by one. Also it seems that 21 corresponds to roughly 2000 RPM. This is good to note when you will replay the message.

Once you have a candidate, send it onto the CAN bus with the following command in your Linux prompt:

where the frame has the format <arb_id>#{data} and must be substituted with your own CAN message.

Your car can be running or in accessory mode for this. Be sure to use a packet that you obtained when the engine was non-idle or else you won’t see anything change when replaying it while your engine is idle.

If you just send the packet once, you will probably not see anything change on the instrument cluster. This is because the original message is still being sent continuously on the bus at 0.2 second intervals by the ECU so your message will just be ignored.

Recall that the rate is given in the first column of cansniffer. There are two ways to get around this aside from disconnecting the ECU that’s generating these messages. One option is to send the packets at a much higher frequency than the ones currently being sent. You can do this by running the following in your Linux prompt:

and substituting the CAN message with the one you’ve identified. Press ctrl+c to stop.

Another option is to monitor the bus, and every time you detect the packet that you want to spoof, send your own packet out immediately after. This can be done by running in your Linux prompt:

where you need to substitute the CAN message and 0C9 with CAN message you identified and it’s arbitration id respectively. You can experiment with both approaches to see which one works better.

If the tachometer changes, good job, you found it! If not, identify the next message that correlates to RPM and replay it.

Now that you have the CAN frame that sets the RPM on the instrument cluster, you can play with the data that you send to see what happens. We have noted that the the two bytes that correspond to RPM behave as a 16bit integer so in order to set the tachometer to 8k RPM, we run the following in your Linux prompt:

and the result is…

Be sure to also check out Open Garages and their videos. 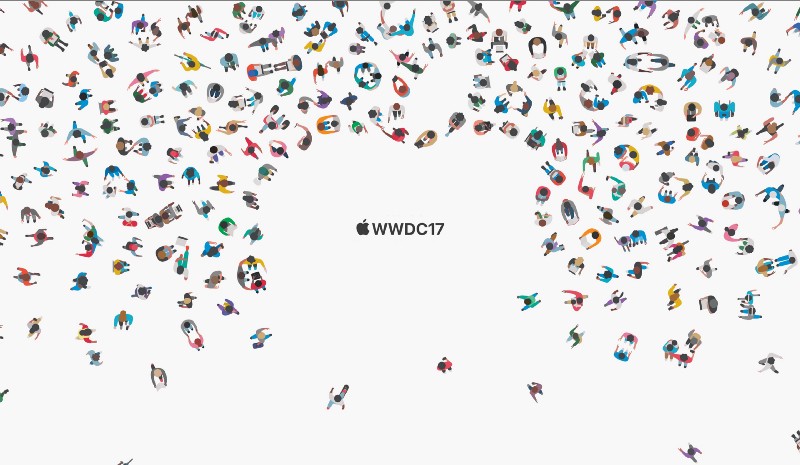