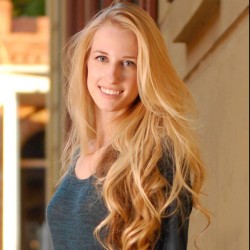 Fourteen days after I graduated from my coding bootcamp, I had a job offer. Two weeks after that, I started my first engineering job at a small startup.

Here are some of the best tactics and strategies I used.

When I graduated from coding boot camp, I was exhausted. It had been the most exhausting three months of my life.

I had spent three months onsite completing the program six days a week.

My boot camp cohort had started with 60 people. Guess how many graduated? 12!

After it was over, a part of me wanted to relax and decompress for a few weeks, but I spent more than $15,000 on tuition and living in San Francisco for three months, so I needed a job — fast.

Also, I wanted to continue the momentum I had gained from graduating.

I read that a lot of previous students let their skills get rusty, and it had taken them 6–12 months (or longer) to find a job.

My solution: I decided I had a job — it was to find a job. From the hours of 9:00 AM to 6:00 PM, I was job hunting. I continually updated my resume, scanned new job listings, reached out to connections, found meetups to attend, and continued to hone my skills.

After 6 PM, I wouldn't respond to recruiter emails or do any prep work for interviews. I used that time to recuperate and prepare for the next day of job hunting and refined my approach and tactics as I went along.

Make yourself stand out in the application process

I applied to dozens of jobs every day. Still, my job search didn't get far until I started customizing the application to the company and sending a personalized email about why I wanted to work there. If you look at AngelList or LinkedIn, you'll see dozens (sometimes hundreds) of applicants applying to one job.

If you can find a way to stand out, you'll drastically increase your odds of getting an interview with the company you want. I created a list of companies that I found on LinkedIn and AngelList that I was interested in. And even if they didn't have a junior developer position posted, I reached out to them with a personalized email.

(Many times companies can fill a position so quickly through referrals that the job will never get posted online.)

Personal connections were also a big advantage. I wrote a customized message to recruiters I connected with on LinkedIn and asked them if they had anything available at the company that might be a good job fit for me.

LinkedIn is your online resume. If you optimize your profile by following my tips below, more recruiters will find your LinkedIn profile, and you'll get more interviews.

Even though I hadn't landed a coding job yet, I put "Junior Frontend Developer" as my headline because it meant I would show up in search results when recruiters search for frontend developers to hire.

I filled out my LinkedIn with my previous jobs to show that even though I didn't have a lot of engineering experience, I worked before and was paid to code in some of my earlier roles. I also made sure to add an accomplishments section to each job that detailed my biggest wins.

And because I didn't have a computer science degree, I added every course I had taken and every coding certification I had.

This demonstrated to companies that I was self-taught and that I was learning on my own time and dedicated to improving my coding skills.

Several companies commented on how robust the course and certifications section was for a boot camp graduate and how it had piqued their interest.

For instance, I knew I would not do well at companies that focused on algorithms and prioritized having a CS background, so I intentionally searched for companies that included mentorships and real-world expertise as part of their criteria. I found blog posts on apprenticeships and mentorships and reached out to the employees who wrote them and asked if they knew if the company was hiring junior engineers.

I also used the interview process to determine if a company would be a good cultural fit.

A few companies had interview processes that were equivalent to Google's. These expected coding boot camp graduates to be able to solve complex algorithms that even a software engineer with a CS degree and years of experience would have struggled to complete.

I knew that if they were expected to have that level of expertise during the interview process it was unlikely that the company had a culture that was welcoming to junior engineers. I moved on.

Some people in my cohort focused on their algorithm skills and building a CS foundation, and it took a little longer to find a job, but they started out with better titles and higher pay.

I had a robust portfolio because of the months spent at the boot camp and building apps on my own. During the interviews I shared with prospective companies what I had learned during each project. In my final project, I had focused mostly on frontend so I took that work to companies and detailed exactly what I had worked on.

I was able to sit down with interviewers and discuss my thought process and why I had made the decisions I did.

If you don't have a portfolio, get started on something small and push it up to GitHub. Each time you create a new project, challenge yourself to make it a little more complex than the last. Here are a few great resources on creating a coding portfolio.

Here are a few great resources on creating a portfolio.

Creating a Portfolio with React

Build and Deploy Your Own Personal Site

15 Developer Portfolios to Inspire You

How to Build and Deploy Your Portfolio - video course

Prove you are eager to learn

Two companies I interviewed with told me I could build a project in the framework that I was most comfortable in. But I knew that if I spent a little time learning the framework that they used, I would improve my odds of standing out.

Over one weekend, I taught myself the framework a company used and built a small (and very barely working) app that used it. I was able to discuss the principles of the framework. And even though my app broke during the demo, I got the job.

Focus on Strengths not Weaknesses

No, I had no engineering experience, but I worked on high-profile political campaigns that are fast-moving and demanding. I also did what was needed even if it was outside the role I was hired for.

Turn the conversation to your strengths and universal skills all companies want in their hires.

You're not married until there's a ring

My coding boot camp gave me a piece of advice that I've never forgotten: "Until you are married, you keep dancing with other partners."

Not only will this save you from disappointment if you don't get the offer (which is not a good thing) you'll have other offers to negotiate with later.

Going from a tired boot camp graduate to an employed engineer at a great startup in less than a month wasn't easy. But everything I've shared with you will help you avoid the pitfalls and optimize what works.

Anyone can get a job in coding if you treat your job search as if it’s your job and keep improving your skills.

If you want more details on landing your developer dream job, I have a new book coming out.