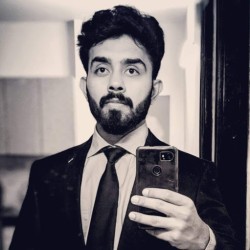 This makes it ever harder for developers, analysts, and researchers to choose the best language that will get their tasks done efficiently while incurring the lowest cost.

But I think that we tend to look at the wrong reasons for choosing a language. There are a bunch of factors that lead to the choice of a certain language. And with Data Science projects flooding the market, the question is NOT “which is the best language” but "which one suits your project requirements and environment (work setting)?"

So, with this post, I will present you with the right set of questions you should be asking in order to decide which is the best programming language for your data science project.

Python and R are the most widely used languages for statistical analysis or machine learning-centric projects. But there are others - like Java, Scala, or Matlab.

Both Python and R are state-of-the-art open-source programming languages with great community support. And we keep learning about new libraries and tools that allow us to achieve greater levels of performance and complexity.

Python is well-known for its easy to learn and readable syntax. With a general-purpose (jack of all trades) language like Python, you can build complete scientific ecosystems without worrying much about the compatibility or interfacing issues.

Python code has low maintenance costs and is arguably more robust. From data wrangling to feature selection, web scraping, and deployment of our machine learning models, Python can get almost everything done with integration support from all the major ML and deep learning APIs like Theano, TensorFlow, and PyTorch.

R was developed by academicians and statisticians over two decades ago. R today enables many statisticians, analysts, and developers to carry out their analysis effectively. We have over 12000 packages available in CRAN (an open-source repository).

Since it was developed keeping statisticians in mind, R is often the first choice for all the core-scientific and statistical analysis. There is a package in R for almost every kind of analysis there is.

Also, data analysis has been made very easy with tools like RStudio that allow you to communicate your results with concise and elegant reports.

So, how do you make the right choice for your work at hand?

Look at the industry you are working in and the most commonly used language by your peers and competitors. It might be easier if you speak the same language.

Here is an analysis carried out by David Robinson, a data scientist. It’s a reflection of the popularity of R in each industry, and you can see that R is heavily used in Academia and Healthcare.

So, if you’re someone who wants to go into research, academia, or bioinformatics, you might consider R over Python.

The other side of this coin involves software industries, application-driven organizations, and product-based companies. You might have to use the tech stack of your organization’s infrastructure or the language that your colleagues/teams are using.

And most of these organizations/industries have their infrastructure based on Python, including academia as well:

As an aspiring data scientist, therefore, you should focus on learning the language and tech that have the most applications and that can increase your chances of getting a job.

2. What is the scope of your project?

This is an important question, because before you pick up a language, you must have an agenda for your project.

For example, what if you want to simply solve a statistical problem through a dataset, perform some multi-variate analyses, and prepare a report or a dashboard explaining the insights? In this case R might be a better choice. It has some really powerful visualization and communication libraries.

On the other hand, what if your aim is to first carry out exploratory analysis, develop a deep learning model, and then deploy the model within a web application? Then Python’s web frameworks and support from all the major cloud providers make it a clear winner.

3. How experienced are you in the field of data science?

For a beginner in data science who has limited familiarity with statistics and mathematical concepts, Python might be a better choice because it lets you code the fragments of an algorithm with ease.

With libraries like NumPy, you can manipulate matrices and code algorithms yourself. As a novice, it is always better to learn to build things from scratch rather than hopping onto using machine learning libraries.

But if you already know the fundamentals of machine learning algorithms, you can pick up either of the languages and get started with them.

4. How much time do you have on hand, and what's the cost of learning?

The amount of time you can invest makes another case for your choice. Depending on your experience with programming and the delivery time of your project, you might choose one language over another to get started in the field.

If there is a high-priority project and you don’t know either of the languages, R might be an easier option for you to get started as you need limited/no experience with programming. You can write statistical models with a few lines of code using existing libraries.

Python (often the programmer’s choice) is a great option to start off with if you have some bandwidth to explore the libraries and learn about methods of exploring datasets. (In the case of R, this can be done quickly within Rstudio.)

Another important factor is that there are more Python Mentors as compared with R. If you're someone who needs help with their python/R project, you can look for a Coding Mentor here and using this link will also get you $10 credit on sign up to be used for the first mentor meeting.

In a nutshell, the gap between the capabilities of R and Python is getting narrower. Most jobs can be done by both languages. And both have rich ecosystems to support you.

Choosing a language for your project will then depend on:

You can check out the video version of this blog here,

With this channel, I am planning to roll out a couple of series covering the entire data science space. Here is why you should be subscribing to the channel:

You can connect with me on Twitter, or LinkedIn.