Recently, I was able to convert some video files to a gif as I needed them in gif format for some of my articles.

I decided to show you how I did it in 3 lines of code, so you can save yourself the extra effort of looking up a Saas to do it for you.

How to Convert Video to a Gif in Python

To convert video to gif in Python, you need to install a package called moviepy with pip by opening your terminal and running pip install moviepy.

This module has several methods with which you can edit and enhance videos. 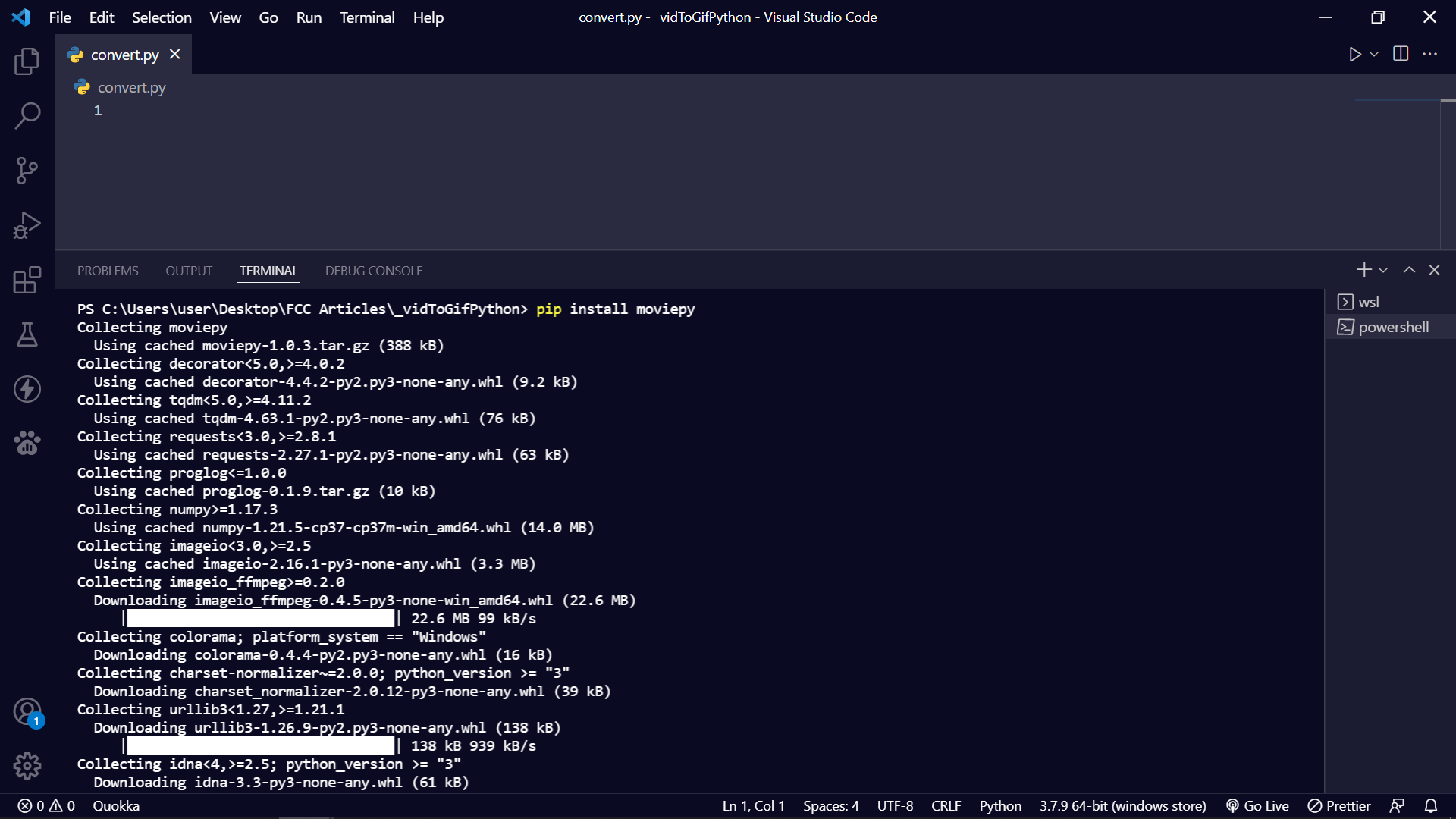 After successfully installing moviepy, you need to import a method called VideoFileClip from it. This is the method with which you will be able to specify the name of the video file and its relative path.

The next thing you need to do is to specify the relative path of the video you want to convert to a gif inside the VideoFileClip method. Then you need to assign it to a variable.

In the code snippet below, I call that variable videoClip:

To finally convert the video to gif, you need to bring in the videoClip variable and use the write_gif() method on it, then specify the name you want to give to the gif inside it.

Open the terminal and run the file: 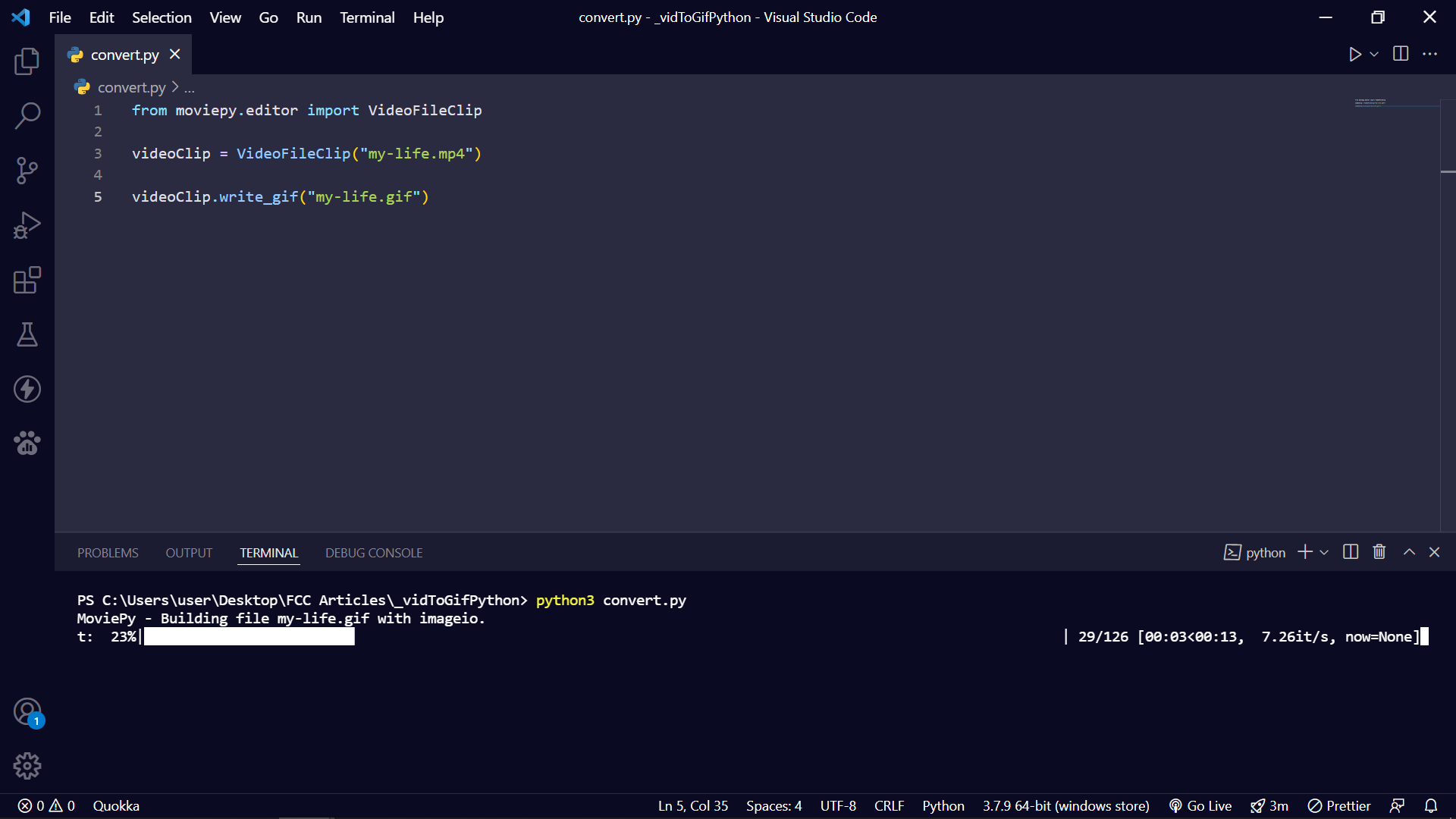 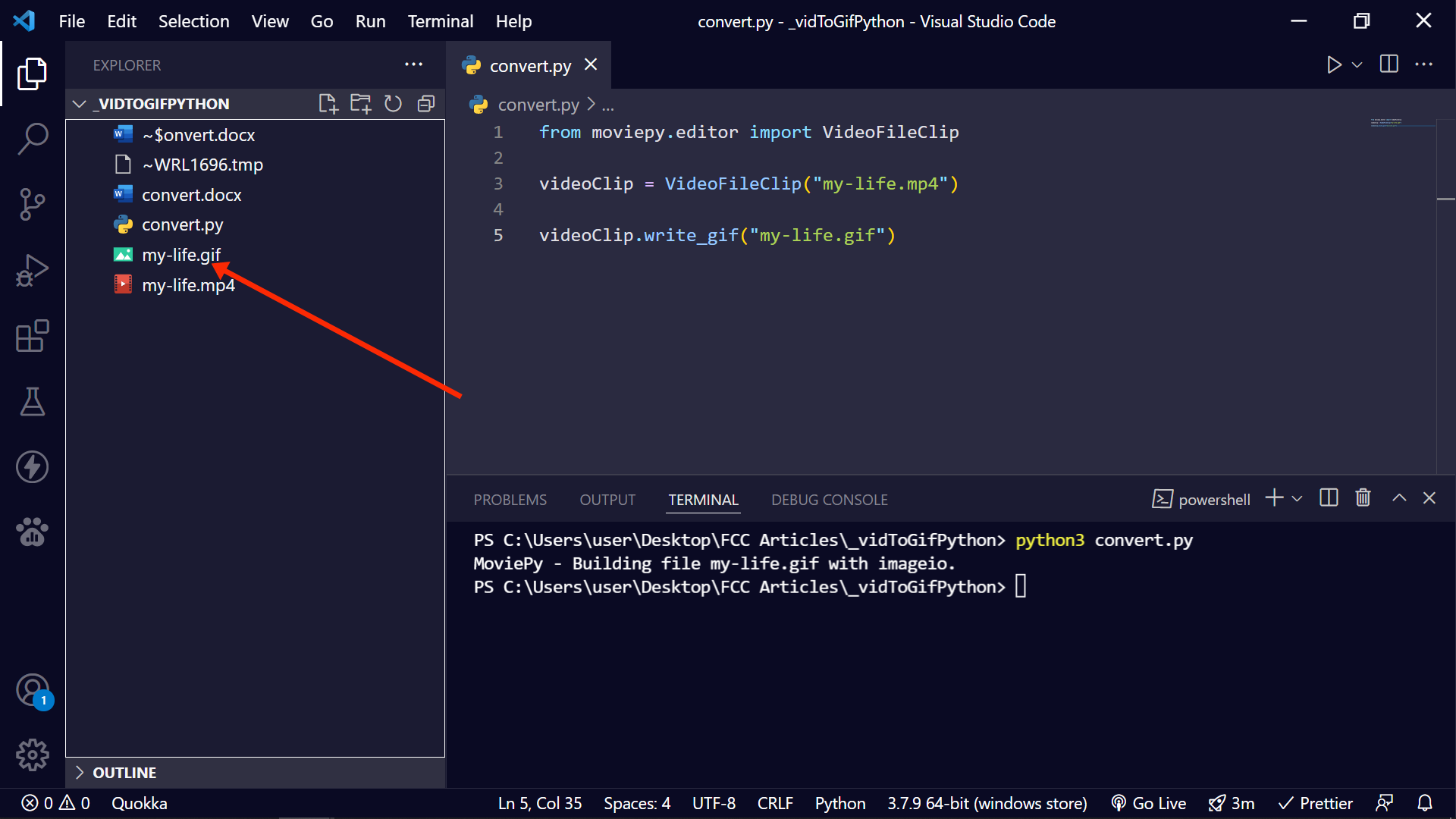 You can open the gif with VS Code too.

The whole code that did the conversion looks like this:

You can learn more about the moviepy module on their official website.