In this post you'll learn how to configure a development environment with live-reload enabled. This will allow you to convert a legacy application so it uses Docker, Docker volumes, and docker-compose.

Some developers turn up their noses when talking about using Docker for their development environment. They say that Docker isn't good for development because it always needs to rebuild the entire image to reflect all new modifications. This makes it unproductive and slow.

In this article, our goal is to tackle this mindset by demonstrating how simple configurations can result in many benefits such as a reliable environment over production and development environments.

By the end of this post you will have learned how to:

In the next steps, you'll clone an existing project to execute all examples in this article. Before starting to code make sure you have the following tools installed on your machine:

More and more cutting-edge technologies are being released for the internet all the time. They're stable, and they're fun to develop and release, but they're not predictable when working over different environments. So developers created Docker to help reduce the chances of possible errors.

Docker is one of my favorite tools that I work with every day on desktop, web, and IoT apps. It has given me the power to not only move applications through different environments, but also to keep my local environment as clean as possible.

Developers working with cutting-edge technologies are always working with something new. But what about legacy applications? Should we just rewrite everything with new tech? I know this is not as simple as it seems. We should work on new stuff, but also make improvements to existing applications.

Let's say you have decided to move from Windows Servers to Unix servers. How would you do it? Do you know every dependency your app requires to work?

Developers have always tried to be more productive by adding plugins, boilerplates, and codebases on their editors/IDEs/terminals. The best environment in my opinion should be:

Following these principles, we'll configure an application over the next sections of this article. Also, if you've never heard about live-reload (or hot reload), it is a feature that watches for changes in your code and restarts the server if needed. So you don't need to go back and forth, restarting your app or even rebuilding the system.

First, you'll need to have an empty folder called post-docker-livereload which you'll use as a workspace. Go to the Github repository and clone it on your post-docker-live-reload folder.

Secondly, let's analyse what the application requires. If you take a look at the README.md file, there are a few instructions demonstrating how to run this app as shown in the image below:

It requires Node.js version 10 or higher and MongoDB. Instead of installing MongoDB on your local environment machine, you'll install it using Docker. You'll also expose it on localhost:27017 so applications that are not running through Docker can access it without knowing the internal Docker IP address.

Copy the command below and paste it in your terminal:

Using the command above, it'll download and run the MongoDB instance. Notice that if you already have an instance with this name it'll throw an error about invalid name.

If you see the error, run docker rm mongodb and it will remove any previous instance so you can run the docker run command again.

Digging into the application

The README.md file says that you need a MongoDB instance running before starting your app, along with Node.js.

If you have Node.js installed, go to the nodejs-with-mongodb-api-example folder and run the following commands:

After running these commands, you can go to a browser on http://localhost:3000 and see the application running as shown in the image below:

Keep in mind that the app already has a command to enable live reload which is npm run dev:watch. The pipeline should reflect the following steps:

So mirroring files to Docker containers will reflect all changes in the container. The npm run build:watch from the application will catch the changes and generate output files in the lib folder so the npm run dev:run will restart the server every time it has been triggered.

If Docker is a completely new world to you, don't be afraid! You will configure it from scratch. You'll need to create a few files to start:

The Dockerfile is the key concept here. There you specify the steps and dependencies to prepare and run the application. As long as you have read the README.md file, it will be easy to implement the receipt file.

I'm going to put the whole file below and dig into it later. In your nodejs-with-mongodb-api-example folder create a Dockerfile file and paste the code below:

Also, I'm working on an OSX-based system and the Docker container will run on a Linux Alpine-based system. When you run npm install it will restore dependencies for specific environments.

You will now create a file to ignore the generated code from your local machine such as node_modules and lib. So when you copy all files from the current directory to the container it won't get invalid package versions.

In the nodejs-with-mongodb-api-example folder create a .dockerignore file and paste the code below:

I prefer running this app from the rootFolder. Go back to the post-docker-live-reload folder and run the following commands to prepare an image for further use:

Notice that the command above uses the -t flag to tell you the image name and, right after that, the folder which contains the Dockerfile file.

Before running the app, let's do a few hacks to improve our experience in the Docker containers.

Docker volumes is a feature to mirror files through your local machine and Docker environment. You can also share volumes over containers and reuse them to cache dependencies.

Your goal is to watch any changes on local .ts files and mirror those changes in the container. Even though the files and the node_modules folder are in the same path.

Do you remember when I said that the dependencies in each operating system would be different? To make sure our local environment won't affect the Docker environment when mirroring files, we'll isolate the container's node_modules folder on a distinct volume.

Consequently, when creating the node_modules folder on the container, it won't create the folder on local machine environment. Run the command below in your terminal to create it:

As you know, the npm run dev:watch specified in the README.md shows how to enable live-reload. The problem is that you're coding on a local machine and it must reflect directly your container.

By running the following commands you will link your local environment with the Docker container so any change in nodejs-with-mongodb-api-example will affect the container's src folder.

Let's dig into what's happening there:

After running the command below, you can trigger the browser after changing the local index.ts file to see the results. The video below demonstrates these steps in practice:

You know that working with shell commands works. But is not that common to use them here, and it's not productive for running all those commands, building images, and managing instances by hand. So compose it!

Docker compose is a way to simplify the aggregation and linking of services. You can specify the databases, logs, application, volumes, networks, and so on.

First, you need to remove all active instances to avoid conflict on exposed ports. Run the following commands on your terminal to remove volumes, services and containers:

Create a docker-compose.yml file on your post-docker-livereload folder using the data below:

The file above specifies resources by sections. Notice that you have links and depends_on sections there. The links field is the same flag you've used in your shell command. The depends_on will make sure that the MongoDB is a dependency for running your app. It'll run the MongoDB before your app like magic!

Going back to your terminal, to start all services and build the Docker image and create volumes and link services run the following command:

If you need to remove all services created before by that Dockerfile you can also run docker-compose down.

Docker is your friend!

That's right, my friend. Docker can help you prevent many possible errors before they happen. You can use it for front and back end applications. Even for IoT when you need to control hardware, you can specify policies for using it.

As your next steps, I highly recommend that you take a look at container orchestrators such as Kubernetes and Docker swarm. They could improve even more your existing applications and help you go to the next level.

Thank you for reading

I really appreciate the time we spent together. I hope this content will be more than just text. I hope it will help make you a better thinker and also a better programmer. Follow me on Twitter and check out my personal blog where I share all my valuable content. 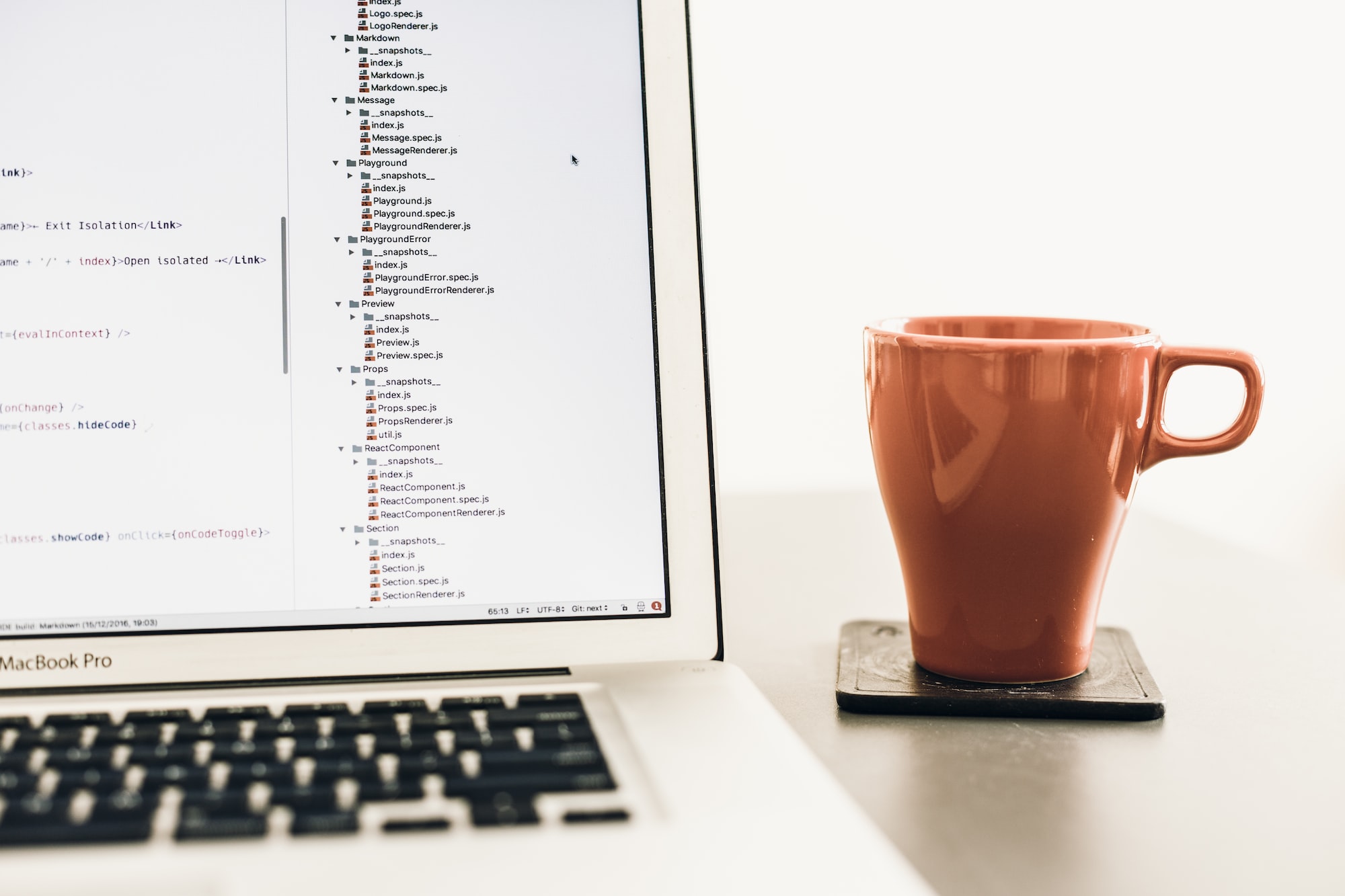