There might be times when a website has data you want to analyze but the site doesn't expose an API for accessing those data.

To get the data, you'll have to resort to web scraping.

In this article, I'll go over how to scrape websites with Node.js and Cheerio.

Before we start, you should be aware that there are some legal and ethical issues you should consider before scraping a site. It's your responsibility to make sure that it's okay to scrape a site before doing so.

The sites used in the examples throughout this article all allow scraping, so feel free to follow along.

Here are some things you'll need for this tutorial:

What is Web Scraping?

Web scraping is the process of extracting data from a web page. Though you can do web scraping manually, the term usually refers to automated data extraction from websites - Wikipedia.

Cheerio is a tool for parsing HTML and XML in Node.js, and is very popular with over 23k stars on GitHub.

It is fast, flexible, and easy to use. Since it implements a subset of JQuery, it's easy to start using Cheerio if you're already familiar with JQuery.

According to the documentation, Cheerio parses markup and provides an API for manipulating the resulting data structure but does not interpret the result like a web browser.

The major difference between cheerio and a web browser is that cheerio does not produce visual rendering, load CSS, load external resources or execute JavaScript. It simply parses markup and provides an API for manipulating the resulting data structure. That explains why it is also very fast - cheerio documentation.

If you want to use cheerio for scraping a web page, you need to first fetch the markup using packages like axios or node-fetch among others.

How to Scrape a Web Page in Node Using Cheerio

In this section, you will learn how to scrape a web page using cheerio. It is important to point out that before scraping a website, make sure you have permission to do so – or you might find yourself violating terms of service, breaching copyright, or violating privacy. 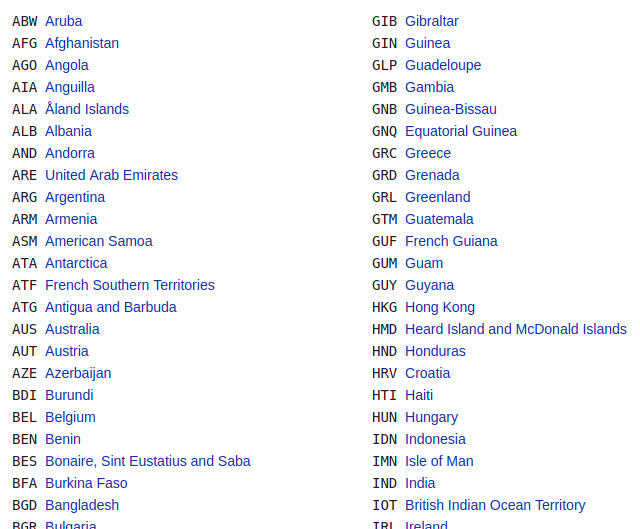 You should be able to see a folder named learn-cheerio created after successfully running the above command.

In the next step, you will open the directory you have just created in your favorite text editor and initialize the project.

Successfully running the above command will create a package.json file at the root of your project directory.

In the next step, you will install project dependencies.

In this step, you will install project dependencies by running the command below. This will take a couple of minutes, so just be patient.

Successfully running the above command will register three dependencies in the package.json file under the dependencies field. The first dependency is axios, the second is cheerio, and the third is pretty.

axios is a very popular http client which works in node and in the browser. We need it because cheerio is a markup parser.

For cheerio to parse the markup and scrape the data you need, we need to use axios for fetching the markup from the website. You can use another HTTP client to fetch the markup if you wish. It doesn't necessarily have to be axios.

pretty is npm package for beautifying the markup so that it is readable when printed on the terminal.

In the next section, you will inspect the markup you will scrape data from.

Step 4 - Inspect the Web Page You Want to Scrape

Before you scrape data from a web page, it is very important to understand the HTML structure of the page.

In this step, you will inspect the HTML structure of the web page you are going to scrape data from.

Navigate to ISO 3166-1 alpha-3 codes page on Wikipedia. Under the "Current codes" section, there is a list of countries and their corresponding codes. You can open the DevTools by pressing the key combination CTRL + SHIFT + I on chrome or right-click and then select "Inspect" option. 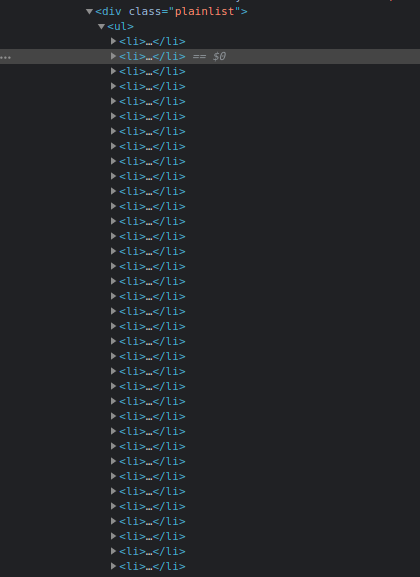 In the next section, you will write code for scraping the web page.

Step 5 - Write the Code to Scrape the Data

In this section, you will write code for scraping the data we are interested in. Start by running the command below which will create the app.js file.

Successfully running the above command will create an app.js file at the root of the project directory.

Like any other Node package, you must first require axios, cheerio, and pretty before you start using them. You can do so by adding the code below at the top of the app.js file you have just created.

Before we write code for scraping our data, we need to learn the basics of cheerio. We'll parse the markup below and try manipulating the resulting data structure. This will help us learn cheerio syntax and its most common methods.

The markup below is the ul element containing our li elements.

Add the above variable declaration to the app.js file

How to Load Markup in Cheerio

You can load markup in cheerio using the cheerio.load method. The method takes the markup as an argument. It also takes two more optional arguments. You can read more about them in the documentation if you are interested.

Below, we are passing the first and the only required argument and storing the returned value in the $ variable. We are using the $ variable because of cheerio's similarity to Jquery. You can use a different variable name if you wish.

If you now execute the code in your app.js file by running the command node app.js on the terminal, you should be able to see the markup on the terminal. This is what I see on my terminal: 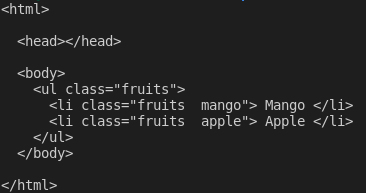 How to Select an Element in Cheerio

Cheerio supports most of the common CSS selectors such as the class, id, and element selectors among others. In the code below, we are selecting the element with class fruits__mango and then logging the selected element to the console. Add the code below to your app.js file.

The above lines of code will log the text Mango on the terminal if you execute app.js using the command node app.js.

How to Get the Attribute of an Element in Cheerio

You can also select an element and get a specific attribute such as the class, id, or all the attributes and their corresponding values.

How to Loop Through a List of Elements in Cheerio

Cheerio provides the .each method for looping through several selected elements.

Below, we are selecting all the li elements and looping through them using the .each method. We log the text content of each list item on the terminal.

Add the code below to your app.js file.

The above code will log 2, which is the length of the list items, and the text Mango and Apple on the terminal after executing the code in app.js.

Cheerio provides a method for appending or prepending an element to a markup.

After appending and prepending elements to the markup, this is what I see when I log $.html() on the terminal: 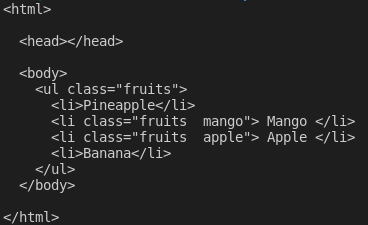 Those are the basics of cheerio that can get you started with web scraping.

To scrape the data we described at the beginning of this article from Wikipedia, copy and paste the code below in the app.js file:

Do you understand what is happening by reading the code? If not, I'll go into some detail now. I have also made comments on each line of code to help you understand.

In the above code, we require all the dependencies at the top of the app.js file and then we declared the scrapeData function. Inside the function, the markup is fetched using axios. The fetched HTML of the page we need to scrape is then loaded in cheerio.

The list of countries/jurisdictions and their corresponding iso3 codes are nested in a div element with a class of plainlist. The li elements are selected and then we loop through them using the .each method. The data for each country is scraped and stored in an array.

After running the code above using the command node app.js, the scraped data is written to the countries.json file and printed on the terminal. This is part of what I see on my terminal: 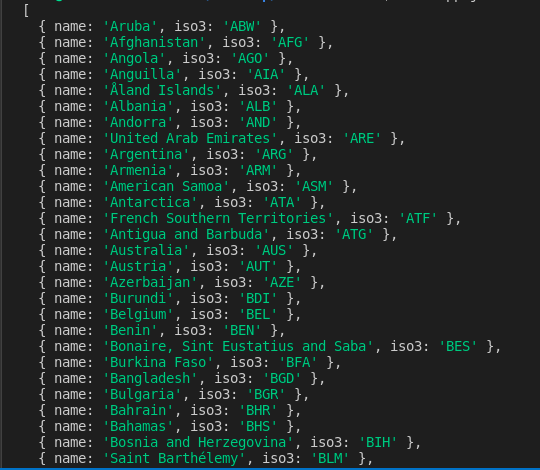 Thank you for reading this article and reaching the end! We have covered the basics of web scraping using cheerio. You can head over to the cheerio documentation if you want to dive deeper and fully understand how it works.

Feel free to ask questions on the freeCodeCamp forum if there is anything you don't understand in this article.

Finally, remember to consider the ethical concerns as you learn web scraping.

I am a Web developer with interests in JavaScript, Node, React, Accessibility, Jamstack and Serverless architecture. I also do Technical writing.