How to strategically accomplish your machine learning model’s performance goals

Machine learning (ML) development is an iterative process. You have an idea to solve the problem at hand, you build the idea and examine the results. You get another idea to improve the results and so on until you reach the performance goal that deems your model ready for deployment into production — ready to use by end users.

However, there are often many ideas and possibilities you can try to improve the performance and get closer to your goal. For example, you can collect more data, train longer, or try bigger or smaller networks.

Going in the wrong direction during this experimentation process can be costly, especially for large projects. No one wants to spend two months collecting more data to discover later on that the performance gain was negligible and it was not worth a day let alone two months!

Strategically setting and working towards the performance goal of your ML model is vital in speeding up the experimentation process and achieving that goal. In this post, I present some tips that will hopefully help you in this regard.

This post assumes knowing, at least, the basics of building a ML model. This discussion is not meant to illustrate what a ML model is or how to build one. Rather, the content is on how to strategically improve a ML model during the development process. Specifically, the following concepts and terminologies should be familiar to you:

The importance of orthogonalization

As you know, the sequential steps in developing a ML model are as follows:

During this process, ideally you would like the modifications you try — “model controls” — to be independent. Why?

Consider, for example, the steering wheel of a car. When you steer the wheel left, the car moves left. When you steer it right, the car moves right. What if steering the wheel left moved the car left and increased the speed of the car? It would become much more difficult to control the car, right? Why? Because steering the wheel left is not an independent control of the car any more. It is coupled with another control, the speed control. It is always easier when the controls are independent.

In ML development, early stopping, for example, is a form of regularization used to improve the performance on the dev set by training only on a part of the training set. So, early stopping is a control that is not independent from another control, namely how long you train.

With the previous introduction in mind, here are some tips to set and strategically improve your model’s performance:

a) Combine multiple evaluation metrics into one

It is a good idea in this case to combine precision and recall into one metric. The F1 score [F1 score= (2 *precision*recall)/(precision + recall)] will do, as you might have realized already. As such, Classifier A from Table 1 will have the best F1 score.

Obviously, this process is problem-specific. Your application might require maximizing precision. In this case, Classifier C in Table 1 will be your best choice.

You might want to follow the optimizing and satisficing approach. Meaning, you are optimizing one metric as long as the other metric(s) meet a certain minimum threshold.

Assume the classifiers from Table 1, and accuracy and run-time as two metrics as shown in Table 2 below. You may be mainly concerned about optimizing one metric — accuracy — as long as the other metrics — run-time — meet a certain threshold. In this example, the run-time threshold is 50 ms or less. So, you are looking for the classifier with the highest accuracy as long as the run-time is 50 ms or less. Thus, from Table 2, you would choose Classifier B.

However, if your aim is to maximize the performance across all metrics, you would need to combine them.

It is not always easy to combine all metrics into one. There may be many of them. The relationship between them is not clear. In such cases, you would need to be creative and careful in combining them! The time you invest in coming up with an all-in-one performance metric is worth it. It won’t only speed up the development process, but will also produce a well-performing model in production.

b) Set the train, dev, and test sets correctly

Choose the right size for the train/dev /test split

You have likely seen the 60%, 20%, 20% split for the train, dev, test data sets, respectively. This works well for small data sets — say 10k data points or fewer. However, when working with large data sets, especially with deep learning, a 98%, 1%, 1% split or similar might be more appropriate. If you have 2 million data points in your dataset, a 1% split is 20K data points which are enough for the dev and test sets.

While this may seem trivial, I have seen experienced developers forget this important point. Say you have experimented and iteratively improved a model that predicts default on car loans based on zip code. Don’t expect your model to work correctly on a test set from zip code areas with low average-income if the dev set comes from zip code areas with high average-income, for example. These are two different distributions!

For example, if you are doing face-recognition, the resolution of your dev/test images should reflect the resolution of the images in production. While this might be a trivial example, you should examine all aspects of the data on which your application would work in production in comparison to your train/dev/test data. If your model is doing well on your metric and dev/test sets but not so well in production, you have the wrong metric and/or the wrong dev/test sets!

Bayes’ error is the theoretical lowest error that exists in a model, in other words irreducible error. Consider, for example, a dog classifier that predicts if the image at hand is of a dog or another animal. There might be some images that are so blurry that are impossible to classify by humans or even the most sophisticated system that has ever been invented. This will be Bayes’ error.

Once human-level performance is surpassed, improving the performance becomes a much slower and more difficult process as you would expect.

So, how do you define human error exactly? This is what is discussed next!

Defining human error and identifying the error to tackle first

Consider the dog classification problem from before — recognizing if an image is of a dog or not. After doing some research, you might find the human error as follows:

Now, consider the four cases in Table 3 below.

In Case C, you surpassed the human performance of the average person and you are tied to the performance of the average zoologist. So, your new human error should be that of the expert zoologist — 0.6% — or even the team of expert zoologists — 0.4%. The variance error in this case is 0.2% while the bias error is between 0.4% and 0.6%. So, you should work on this error first — need to better fit the training data.

In Case D, you see that the training error is 0.2% while the best human error is 0.4%. Does this mean your model surpassed human performance or the model overfits by 0.2%?! You see, it is not clear whether to focus on the bias error or the variance error. Also, if, indeed, your model surpassed human performance and you are still looking to improve the model, it becomes unclear which strategy to follow from a human intuition perspective.

There are many ML models nowadays that surpass human performance, such as product recommendation and online-ad targeting systems. These “models that surpass human performance” tend to be non-natural perception systems, that is, not computer vision, speech recognition or natural language processing systems. The reason for this is that we humans are really good at natural perception tasks.

With big data and deep learning, however, there are natural perception systems that surpass human performance and they are getting better and better. But these are much harder problems than non-natural perception problems. 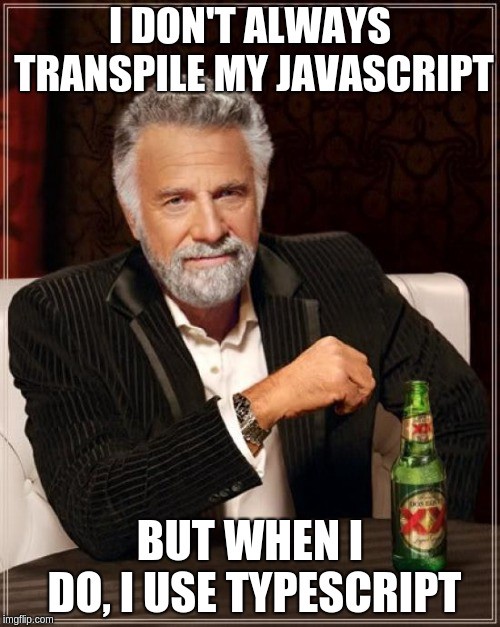