How to implement an Alexa Skill with Spring Boot

And why you would do such a thing

There are two ways to implement custom skills for Alexa.

The first is the most common and is the Amazon-recommended way. Use AWS Lambda, a server-less computer service. There is no shortage of articles and tutorials on the topic. This is not one of them.

The second way is far less common. This is hosting an endpoint using a HTTPS web service that you manage. It is a bit more difficult to find good examples of this approach. This article will attempt to do just that, and will use Spring Boot as the basis for the implementation.

But before we jump into the how, let’s talk about the why:

These questions are important. You’ll find reams of great examples and documentation on building Skills with Lambda, and not so much for the alternative. It’s also important if you buy into the premise — which I do — that the world is going server-less. This is a great article on that topic by James Beswick. Going the HTTPS route will lead you down a lonely path, but sometimes that’s OK.

Here are some reasons why you may want or need to take that lonely path.

In my case, I decided to explore the non-Lambda path primarily because I already had an existing services tier, which I wanted to leverage. There are POJOs and methods I wanted to reuse, without having to expose new endpoints. Of course, I could have created Lambdas that simply fronted those services, and that is a valid pattern. But I didn’t want to add another layer of deployment scripts, testing, and monitoring.

You probably have your own reasons. If I were building a new greenfield application, I’d probably head down the Lambda path.

You’ll use the Alexa Developer Console to register your skill, define the intents and utterances, and test it. I’ve assumed that you’ve already created a developer account, and that you can setup a new custom Skill within the console.

The rest of this article will show you how easy it is to add an Alexa Skill to your existing Spring Boot applications. To demonstrate this, we’ll create a skill that will lookup fun facts about either a specific year, or a random year. You’ll be able to interact with our skill by saying things such as:

Okay, yes, this is a pretty useless skill. But it will demonstrate all of the important aspects of an Alexa app, including:

To accomplish this, our example skill will call a free third-party API to lookup the trivia information, using the wonderful NumbersAPI. Many thanks to David and Mack for creating this fun service.

First things first. Add the Alexa Skills Kit SDK to your “pom.xml” file. At the time of writing, the latest version of the SDK is 1.8.1.

The SDK includes a special servlet, named SpeechletServlet, which you will need to load as part of the app bootstrap. This is actually very easy to do.

The servlet is a workhorse. It handles all of the messy requirements for hosting a skill, such as verifying that the request was sent by Alexa, validating the signature, and checking the timestamp. Fortunately for us, we don’t have to deal with any of those headaches. We just need to load the servlet. Here’s how we do that:

Simple. You can see above that we’ve created a configuration class that loads our servlet. On line 10, you can see that SpeechletServlet is instantiated, and then on line 13 it is registered with Spring.

That’s pretty much all you need to do to load the servlet.

A Speechlet is just a POJO that conforms to the SpeechletV2 interface that is defined in the Alexa Skills SDK. Here is what the interface looks like.

It’s your job to implement those four methods.

They’re all important, but most of the work happens in OnIntent(), which is invoked when the user says something meaningful. If you’re new to the vocabulary of Alexa programming, you should read Intents, Utterances, and Slots: The New Vocabulary Needed To Develop For Voice.

Jump into the Alexa Developer Console. Set up a new custom skill within the console — that part is very easy. I’ve named my skill “MyDemoApp”, and under the Invocation menu, I set the Skill Invocation Name to “my demo app”.

Recall earlier in this article I said that you can interact with our skill by saying things such as:

You can see that each of the above sentences start with the wake word (“Alexa”) and the Skill Invocation Name (“my demo app”).

Everything after the Skill Invocation Name is known as an utterance. It’s your job to list utterances in the developer console, and map those to an intent. A single intent normally has many utterances, representing the variations a user might say. For example, all of the following utterances are essentially the same:

All of these utterances mean the same thing, and therefore can map to a single intent. In my application, I’ve called this the “RandomYearIntent”. Here’s what it looks like in the developer console.

Back to writing code

With our first intent defined, it’s now time to jump back into our Spring application and write some code. Let’s edit our “HandlerSpeechlet”. For the moment, let’s skip the onSessionStarted and onLaunch methods of the Speechlet, and jump right into the onIntent method.

Because our application will eventually handle multiple intents, we’ll first need to determine which intent is being invoked.

On line 10, we now have the name of the intent. In our example so far, this should be RandomYearIntent. At this point, you might be tempted to write a bunch of if-else statements against the intent name, but let’s try something a little smarter.

By making sure that our intents follow a specific naming convention, we can use some Spring magic to load and invoke specialized handlers for each intent. What follows is not something specific to the Alexa Skills SDK. It’s just my own way of handling multiple intents. There are many ways to implement this logic. Here’s mine.

Let’s start by defining an interface which we’ll use for all of our handlers. Let’s create IntentHandler as:

Okay, let’s leave this unimplemented for now. We’ll go back to our “HandlerSpeechlet” to add code that will pass control to our new “RandomYearIntentHandler”. The basic strategy is to rely on our naming convention of “IntentName” + “Handler”.

I have removed some details and error handling from the code below so that we can focus on the important bits. At the end of this article, you can find a link to my GitHub repo with the complete code.

Check out lines 12 and 13 below, which construct the class name, then ask Spring to find a registered bean with that name. Then, finally, on line 17, we pass control to that handler.

We now have the plumbing in place to call our specialized intent handlers. Let’s go back to the implementation of our “RandomYearIntentHandler”. This particular intent is simple. Here’s the complete implementation.

Simple! Did you catch the annotation on line 1? That @Component annotation is a cool little trick that will tell Spring to create an instance of this class as a Bean. This is how we’re able to access the handler in our Speechlet, using beanFactory.getBean(handlerBeanName).

On line 11 we create a random number between 1900 and the current year. Then we call the Numbers API to get trivia about that year.

On lines 14 and 15 we create a Card and a Speech. The Card is what is displayed in your Alexa mobile app — or on the screen in the Echo Show. The Speech is what is spoken back to the user.

AlexaUtils is a simple class I created. I won’t go into the details here, but you can review it on GitHub.

That was easy — what about slots?

Slots are basically variables in utterances. Look back at the two intents in our application. The second intent, which I’ll name “SpecificYearIntent”, allows the user to say any year. For example:

In the above utterance, the year is highly variable. We do not want to define an utterance for every possible year. Instead, we’ll define this utterance using a slot, as:

{Year} represents a number. Jumping back into our developer console, we’ll setup a new “SpecificYearIntent” intent with its associated utterances as follows:

I’ve defined a Slot named “Year”, which is of type “AMAZON.NUMBER”. Now, in my handler, I can fetch the slot value easily by name.

Line 13 is where we resolve the year Slot. The rest is all boilerplate Java code, which follows the same pattern as the first intent — call the NumbersAPI service for the year and handle the response.

I didn’t get into the OnSessionStarted or OnLaunch methods of the Speechlet in this article, but I did include an implementation for OnLaunch in the sample project in GitHub.

You can use the Session object to store variables that will be retained across invocations when in conversation mode. Conversation mode occurs when the user invokes your skill but does not speak a recognized utterance. For example:

You’ll notice in my source code that I have a method named setConversationMode. It simply sets a variable in the Session, letting me know that we are in conversation mode.

Writing Alexa skills with Spring Boot is quite easy, and can be a powerful way to reuse your existing infrastructure. Download the complete app from GitHub for more details.

And if you’re in the South Florida area, you can use my Cutler Stew Skill (built with Spring Boot) to learn when and where my band Cutler Stew is performing next. 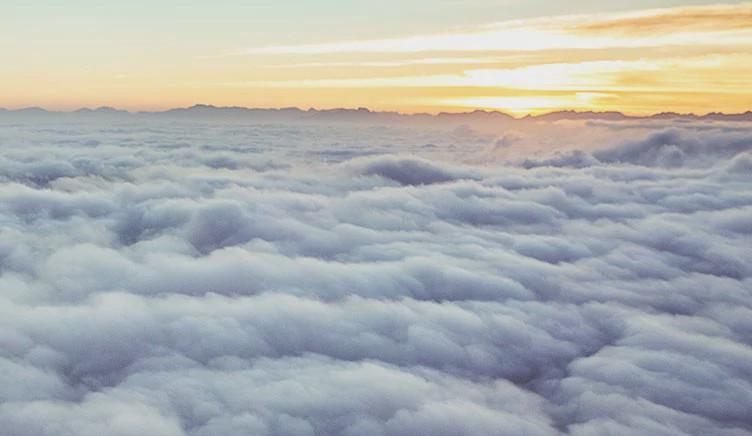