In addition, if you are making an NPM package, you might need to test it with different versions of Node.js. This is why you should have NVM installed.

NVM, short for Node Version Manager, is a command line tool for managing and switching to different versions of Node.js.

In this article, I will show you how to download and install NVM on Windows 10 – even though there’s no “NVM” for Windows.

I will also show you how to set up and use different versions of Node.js and NPM on your Windows computer.

How to Download and Install Node Version Manager in Windows 10

As I mentioned earlier, there’s no “NVM” for Windows, as NVM is only supported on Linux and Mac.

What you will be using on your Windows machine is “nvm-windows”. nvm-windows is similar to NVM, but not identical to it.

N.B.: If you have Node.js installed already, you need to uninstall it so it doesn’t lead to errors when using different versions of Node and installing packages from the NPM registry.

Restart your PC after that, open the command prompt or PowerShell, and run node -v to confirm Node has been uninstalled. 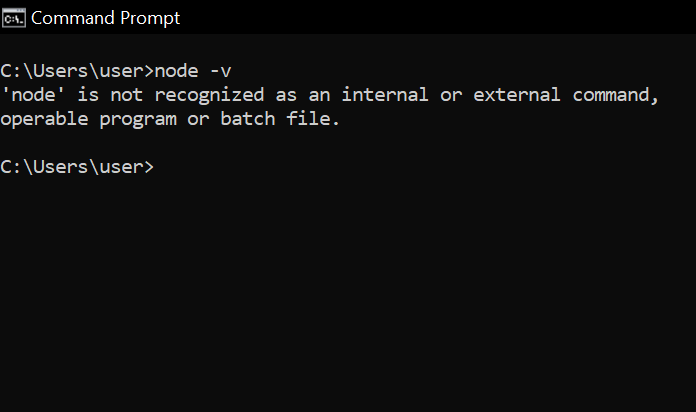 In addition, if you have yarn installed, uninstall it and reinstall it after installing NVM. You don’t want to get weird errors while installing and using packages from the NPM registry.

You’ll be taken to a page containing different versions of nvm-windows.

If you get the same message I got above, then nvm-windows has been successfully installed. Congrats!

How to Use NVM on Windows 10

To use NVM, you need to open PowerShell or Command Prompt as an admin. You can also use Git bash.

How to Install Different Versions of Node.js and NPM with NVM

The superpower NVM gives you is the ability to have multiple versions of Node.js installed on your machine.

It is always better to install the long-term support (LTS) version of Node because it is less buggy. 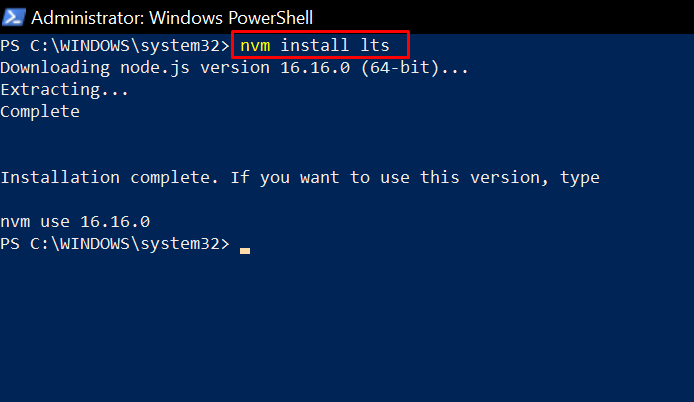 To install a specific version of Node, you need to run nvm list available first so you can see the versions of Node that are available. 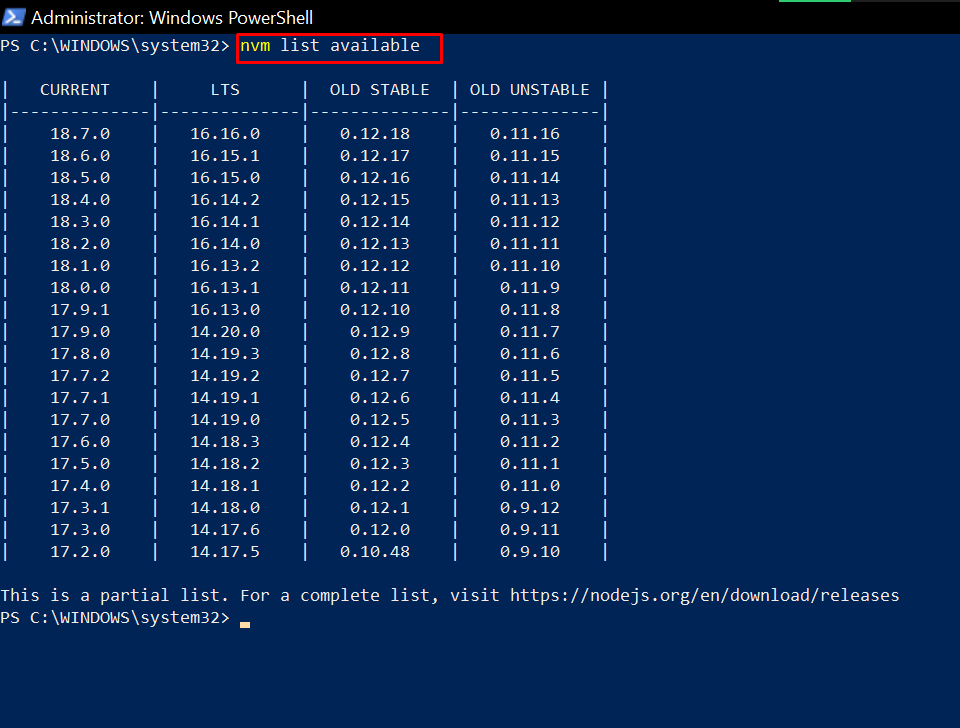 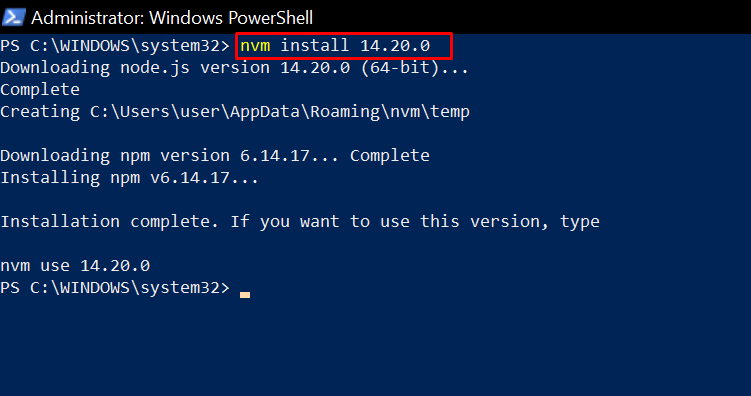 N.B.: Once you install a version of Node, the corresponding version of NPM is installed for you. So you don’t need to install NPM separately.

If the version of NPM you want to use is not available, run npm install @npm version-number -g to install it.

Now, to see the list of Node versions you have installed on your Windows machine, run nvm list. 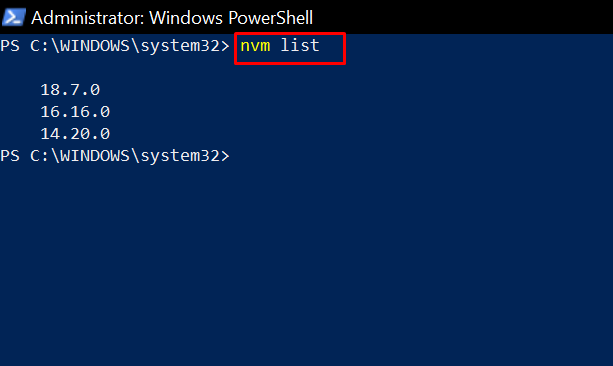 To use a specific version of Node, run:

This article showed you how to install NVM on Windows 10 (nvm-windows) and how to use it to install and manage different versions of Node.

As a reminder, here are the common commands you’ll be using with nvm-windows:

Thank you for reading and keep coding :)