I have a bit of a love and hate relationship with bash. I spend a lot of time in the terminal, and bash is my default "programming language". Sometimes I tell people that find, grep and xargs run their infrastructure, and they laugh and laugh until they realize I'm serious.

Picking up some Python is a perfect choice for system administrators. It's also great for anyone who has to deal with anything in a terminal but doesn't want to use bash, or has needs that are too complex for bash. Once a task goes beyond

it's time to break out the Python!

There are a lot of benefits to using Python as your go to command line language.

To get started, first off you'll need to either have Python installed or install it with Miniconda.

Check if you have iPython installed

If both of these are successful, you're in business! If you have Python, but not iPython, you will have to install it. You could install it as a system package, but I really recommend that you just install it with Miniconda.

Grab the installer for your OS here. I suggest getting the Python3 installation.

Then it's just a simple installation.

If you have trouble installing any packages here are some tips.

If you've ever used virtualenv, pipenv (is that a thing?), Rbenv, plenv, anyenv or any of the other various envs that have popped up over the years, this will sound very familiar to you. The idea is that different projects should have their own isolated software environments.

If you're like me and like to have iPython readily availabe make sure you install it to any new environments!

Before we get into the examples let's just list some handy packages along with their docs.

My go to package is the os package. You can use it to list directories, check if files exist, check if symlinks exist, make directories, run system commands, get and set environmental variables, and more. It's great!

My second package for running system commands that don't exist as handy python libraries is the subprocess module.

The shutil has file operations that aren't in the os library.

The pytest library let's you test your Python code, because let's face it, nothing ever works correctly the first (few) times.

How Do I Execute my Code?

When you're using Python for system administration you can dive straight into the iPython console, or write scripts and then execute them with python name-of-script.py.

If you prefer to write your scripts you have so many choices, and it's truly a matter of personal preference. I use PyCharm, which is paid, but Visual Studio Code and Atom are equally excellent free choices.

I find that it depends on what I'm working on. Sometimes I just open up the iPython console and start typing, and other times I need something more robust with tests and whatnot.

If you're using either the iPython console or any of the editors I listed above, you will have autocomplete. Autocomplete is awesome! With iPython simply start typing your function and press tab to get a list of potential functions you may want.

I cannot express how much I love autocomplete. ;-)

You can go to any of the doc pages for any library, but if you know the name of either the library or the function you can bring it up in iPython. 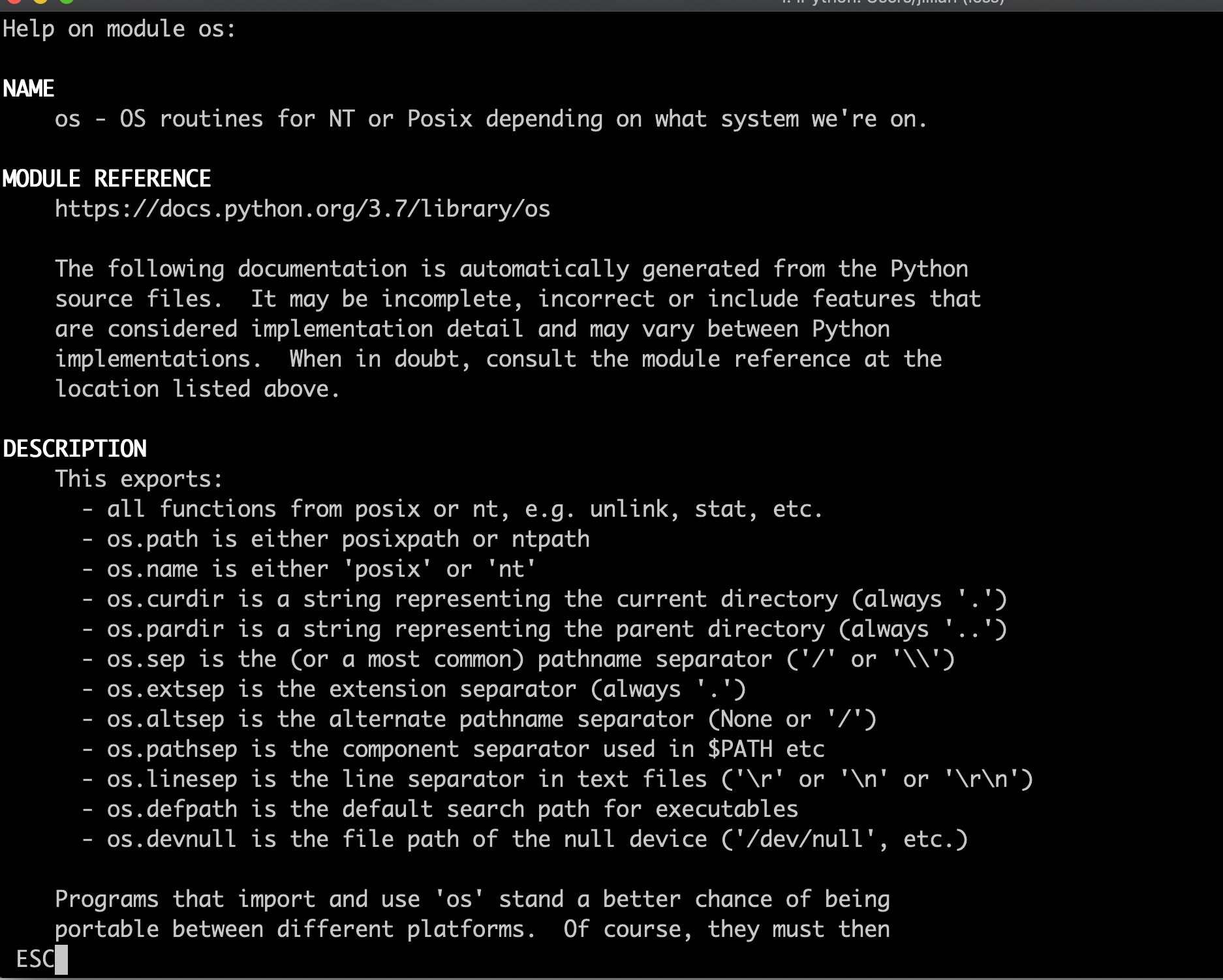 You can bring up the help menu in most IDEs and text editors too, but that will be specific to your editor.

First you will need to import your packages

Here are some examples of common file and directory operations.

Move files and directories around

Not everything is going to be available through python libraries, such as installing system libraries, so run a few system commands!

Tests mostly work by using a function called assert, which is essentially saying make sure this is true and if not die loudly.

That's it for my main tips and tricks for using Python as your go-to bash replacement. The next time you need to write a loop in bash, consider breaking out the iPython console and seeing what you can come up with instead!