What bringing an old laptop back to life with Linux taught me about technology, coding, and myself

If you were to catch me on a normal workday, odds are good that you’d see me bouncing between a few applications on my computer. Excel, Access, possibly a VBA macro, a massive multidimensional database, and SQL Server Management Studio.

I’m not exactly a lightweight user of computer resources. I’m constantly tinkering with new concepts and different technologies to find the right tool to solve a challenge, or to perform a process more efficiently.

It might come as a surprise that my favorite laptop in the off-hours is a fourteen-year-old Toshiba Satellite M20, better known as the Penguin Phoenix. Odd as it might sound, my experiences rebuilding, reformatting, and testing this laptop have paralleled my growth into the financial modeler and system administrator I am today.

In this course, I encountered my first integrated financial statement forecasting model — a change to the balance sheet could update the income and cash flow statements. Unfortunately, it was also a sizeable spreadsheet and required more resources than my first laptop offered. I needed to upgrade. The Blue Screen of Death was becoming too frequent of an occurrence for comfort.

As a result, I ordered my Toshiba Satellite M20. Out of the box, it came with an Intel Celeron processor, 256MB of RAM, and Windows XP. I wanted to avoid future blue screens, so I decided to be proactive and buy some extra RAM chips, boosting the machine to 512MB. For its generation, it was surprisingly lightweight, with a full-size keyboard, and a large screen. Track pads weren’t standard yet — the Toshiba has a joystick knob in the middle of the keyboard. It even had two USB ports, a relatively new feature.

An added bonus: it had an internal Wi-Fi card. Before that, I had to carry a LAN cable and find a port to access the web. Alternatively, I would need to use my Wi-Fi card, a credit-card size device that plugged into my computer and could pick up the wireless signal.

That machine carried me through the rest of my senior year, and later through my master’s program. I’ve since purchased a new machine, but I could never bring myself to part with my Toshiba Satellite.

My Toshiba Satellite found a new purpose — and a new name — a few years ago. Microsoft had just announced that it would cease supporting Windows XP. I wasn’t quite ready to retire the Toshiba, so I decided to start exploring new uses for the hardware.

I had always wanted to explore Linux, a free, open-source operating system. Linux’s lightweight nature makes it ideal for older computers like my Toshiba. After a few weeks of research on various flavors of the Linux OS, I settled on lubuntu, a lightweight version of Linux Ubuntu. It took a few false starts, but I was successfully able to boot the new OS, and the Penguin Phoenix was born.

Why the Penguin Phoenix? The penguin is a tribute to Tux, Linux’s mascot. The phoenix is a symbol of rebirth.

The phoenix’s cycle of death and rebirth also offers an appropriate metaphor. Developers have created a variety of lightweight versions of Linux for older machines. The Penguin Phoenix is born again every time I decide to install a new OS. I’ve been very happy with LXLE, the Ubuntu variant that I’m running today.

The Penguin Phoenix’s rebirth was a crash course in how computers work:

Most importantly, I overcame my apprehension of breaking the computer. I took it apart and put it back together, and it still booted when I turned it on. I wiped out Windows and replaced it with Linux, and it still loaded. I was beginning to understand the difference between being a power user of software and being adept at using the machine itself.

The Penguin Phoenix learns how to fly

Building the Penguin Phoenix also granted me a glimpse into what excited my husband so much about computers. He had been working as an IT desk-side agent for several years, and these days he’s coding in Ruby on Rails and JavaScript. It was one thing to read the documentation and installation steps myself. It was another thing entirely to have someone accept the challenge with me and fill in the gaps between written steps.

He got to share in some of the laughs, too. After I installed lubuntu, I could only access the internet while I was hardwired into the wall. Nothing in the user interface could tell me what was wrong. I was determined to get on the wireless network. (Remember that internal Wi-Fi card?) My husband helped me dive into the terminal to see what hardware components were functioning. We both got a good laugh when we figured out the root cause: the Wi-Fi switch was set to off.

Works like a charm now that it’s turned on.

These early experiences with the Penguin Phoenix taught me a few things about myself. First, it’s fun to be curious. I came up with a hypothesis — my computer can run Ubuntu — and successfully tested it. Second, I overcame my fears of breaking the computer. The warranty had expired years ago and, if nothing else, I had backed up the machine and could always re-install Windows XP. Finally, I learned the humility to ask a knowledgeable person for help. In return, my husband not only guided me through the computer imaging process, but he also gave me the tools to explore the components of my machine on my own.

The Penguin Phoenix’s next adventure came when I enrolled in the Microsoft Professional Program Data Science Certificate. I’ve been fascinated by data and regression analysis since my economics undergraduate program. This edX certificate series allowed me to catch up on the latest theories and technologies popular in data science: data cleansing and analysis in Excel, PowerBI, and SQL, regression analysis and machine learning in R, and Microsoft Azure Machine Learning.

I powered through the early classes on my newer Windows 7 machine. But, when I arrived at the R programming portion of the course, I realized my PC didn’t have the resources to handle the version of R that I needed to run ggplot2 (a data visualization package necessary for the course).

The Penguin Phoenix did, though.

The Penguin Phoenix might have needed a few extra seconds to run some of the more complex data loads and commands in R Studio, but it otherwise performed beautifully. I was able to complete both the R course and the Data Science certificate.

I learned more than R programming and data science from this experience. I also learned that, sometimes, the newest tool isn’t always the most flexible or reliable. If my fourteen-year-old machine was willing to run R, the least I could do was learn how to code in R.

The Penguin Phoenix has also joined me on my exploration of web development. I had the good fortune to attend the 2017 JazzCon.Tech conference in New Orleans through the generosity of NOLA Women in Tech. In session after session, I was inspired by speakers’ passions for two things: first, the drive to find elegant solutions to complex challenges, and second, a focus on the end user’s experience.

My notes from the conference were filled with ideas for improving processes at work and with notes on future self-driven learning projects. Now I just needed to learn how to implement technologies like HTML, CSS, and JavaScript. Tech Talent South’s Introduction to Web Design and Creation taught me the fundamentals, and helped me build my first website since the mid-1990s. I then found freeCodeCamp, an online bootcamp that trains its students on full-stack development, and connects them to projects to support nonprofits.

These experiences gave me the confidence to apply to the Grow with Google Developer Challenge Scholarship program, a partnership between Google and Udacity. I was thrilled to find out that I had been accepted into the Mobile Web Specialist track, where I would learn about development with an offline-first focus and the latest ES6 features in JavaScript.

I decided to see if the Penguin Phoenix could do as well with web development as it did with data science. I was not disappointed. After a few installations — git, node.js, npm, and Visual Studio Code — I could actually run a website from the Linux terminal! Furthermore, I could edit the code that drove the website, and see the changes almost immediately as I wrote them. I had proof of concept and a functioning web development environment on my Linux machine.

Proof enough, in fact, that I was accepted into Phase 2 of the program. I am currently enrolled in Udacity’s Mobile Web Specialist Nanodegree on a Grow with Google scholarship. We’re exploring everything from responsive and accessible web design to offline-first methods like caching and service workers. And, thanks to the Penguin Phoenix’s Linux environment, I can use Python to run a localhost web server to test my Nanodegree projects in Chromium.

For me, it was a new perspective. The mechanics and design of web pages fascinate me, and I enjoy dedicating my free time to studying the discipline. Web development has introduced me to a community that seeks elegant solutions to complex challenges, and that influence informs both my study and my work.

My success with the Penguin Phoenix gave me the confidence I needed to take ownership of my new role:

I understand what our experts are talking about when they discuss the hardware requirements to support our processes. I can speak much more intelligently to the abilities and limits of my work machine, which informs how and when I use certain software or run certain programs.

I realized that I’m at my best when I’m finding solutions to complex problems. Reprogramming an old laptop has led to building and tweaking views in SQL, to learning a new business logic, to configuring complex calculations required for the utility rate-setting process, to developing web pages.

I work harder to be patient with team members learning a new technology or process. Computers are complex devices, and the software that runs on them isn’t always user-friendly. The least I can do is meet a person where they’re at on the learning curve.

I encourage my readers to find their own hobbies that will teach them a little about a new subject and about themselves. And if we cross paths at a future Hack Night or Women in Tech workshop, don’t be surprised if I pull a sticker-laden Toshiba Satellite M20 out of my bag. The Penguin Phoenix is always up for a new challenge. 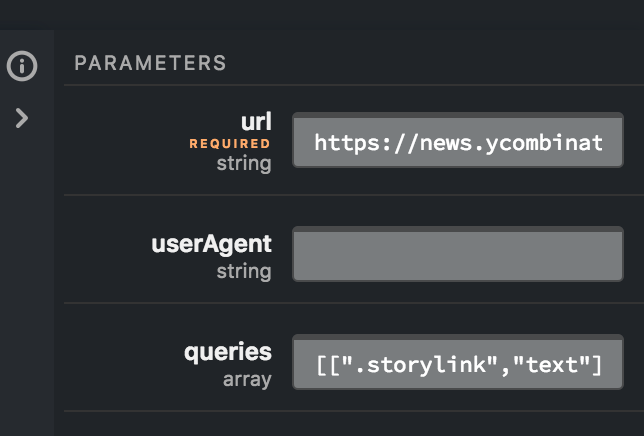 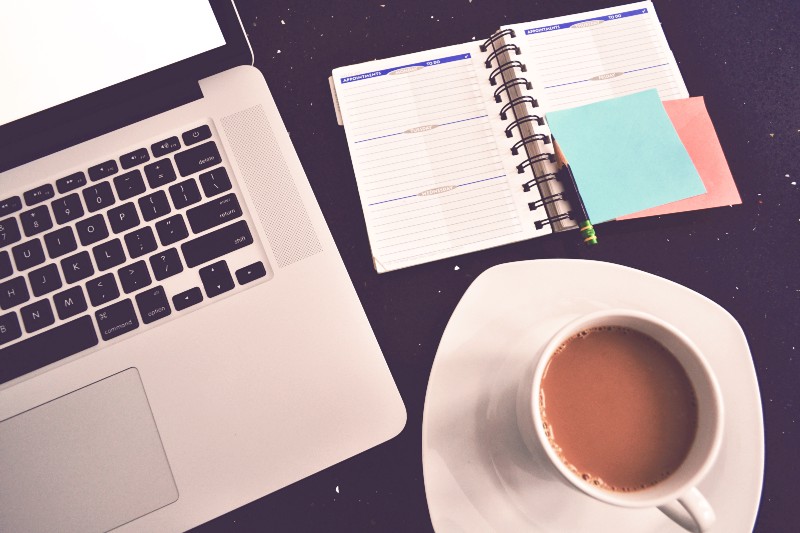