What exactly is Node.js and why should you use it?

JavaScript as programming language and data format (JSON) has changed web development drastically. Integrating Node.js with it to do things on the server as well as in browser is a trend lately. These two sentences, we feel, have to be illuminated and explained for everyone to grasp. So in this article, we are going to talk about why use Node.js, what is Node.js used for and top examples of Node.js in use.

Surely, this is technological stuff for programmers/coders, and some might find the language not quite apprehendable. With this in mind, we will try to make it as light-some as possible and speak in more human terms. We just want to explain what makes Node.js great and what is all the hype about.

First off, the praise is well deserved, as Node decisively eased the work of anyone building web applications. After decades of web request/response paradigm, having real-time 2-way communication is a bliss. That is a communication between the server and the client. And that, in turn, is a model to distribute workloads among service providers (server) and service requests (clients).

On board so far? Great, now some statistical info about the demand for Node.js. It is by far the fastest growing language in use, and it ranks in Top-10 most wanted developer skills. The use of Node.js is mainly for full stack, front-end, and back-end.

As we’ve previously touched on this in Best Node.js examples, Node.js is a JavaScript runtime environment. But what is that, one might ask. By run-time environment, the infrastructure to build and run software applications is meant. To build applications in JavaScript, in this case. Let’s see what are the Node.js definition versions.

The company itself describes Node.js as a “JavaScript runtime built on Chrome V8 engine”. Wikipedia states, that “Node.js is an open-source and cross-platform environment to execute code”. According to TechTarget, it is
“a development platform aimed at building server-side applications”. And PCMag tells us that Node.js is “a platform with its own web server for better control”. That is certainly enough to grasp the main idea.

A brief summary would be as goes:

How does Node.js work? Taking a simple task of opening a file on a server, the sequence would be:

In other words, with Node.js you do not have to wait and can go on with next tasks. This is one of the reasons it is so efficient. Now, what is a Node.js file:

And last but not least, what you can do with Node.js?

Now it’s time to play a quiz of why, who, when and what for. So why use Node.js? Probably, its creator and founder Ryan Dahl can shed a light. The major advantage, he tells, is that this JavaScript language doesn’t block I/O — meaning input/output communication method. Here, though, the developer community has two views. Some argue, that applications with many CPU cycles can crash then. Others say it’s not a big deal at all, as Node code works in small processes.

Another benefit is single-threaded event loop, that is responsible for abstracting I/O from external requests. Speaking plainly, this means that Node.js initiates the event loop at the start, processes the input, and begins the order of operations. Dev geeks interested in exploring it can read Node.js event loop.

Jim Hirschauer of Crafter Software made few realizations on why use Node.js. We think they highlight the essence and what Node.js is good for:

This all seems a bit tough, we realize. So behold a summary of coherent benefits to using Node.js.

10 main reasons to use Node.js

Well, this should clear the picture for you a bit more. But wait, did you know NASA also uses Node.js?

Who works with it: Node cases

Showing incredible pace (close to 100% growth in use every year), Node.js has become a universal platform for web apps. Companies like PayPal, Walmart use Node for enterprise applications too. Trends building up within Node community are micro-services, real-time applications, and Internet of Things (IoT). But more on that later.

With almost 4 million users by early 2017, Node.js surely does not lack top-level companies that work with it. For instance, what was our previous reference to NASA all about? Well, this is the truth. The agency in partnership with UTC Aerospace Systems has designed end-to-end system for live data processing. It is used in astronauts’ spacesuits and has been build with Node.js.

If you’ve read our previous post about top companies using Node.js, you already know about Netflix, Microsoft, Uber and more. Though that is far from all great examples. Capital One, a huge financial corporation, runs numerous projects with Node.js because of short Node.js development cycles. Advertising agencies, like Fusion Marketing, create interactive customer experiences. Walmart in retail, Uber in transportation, Google, Twitter, GoDaddy, Skycatch… it may take hours to cover them all.

There’s also a series of Node.js Enterprise conversations, where each episode is devoted to a separate Node.js use case. Like this one, where Adam Geitgey, director of software engineering at Groupon, talks about how the platform helped them to expand.

One of the results of Node.js use at Groupon was 50% reduction of page load times. How about that! Let’s talk a bit more about Node.js success cases.

Groupon rebuilt its own website with Node.js moving from Ruby on Rails. Despite Ruby was ok, over time it became harder to maintain the website with each new update. Node.js was chosen for a bunch of reasons: it supported scaling projects, provided better performance and tolerated old Ruby code. In the end of the process, team even released a few own-made JavaScript libraries: Gofer and Node cached. As a bottom line, Groupon is using Node.js in many ways now:

Skycatch is a data company working with commercial drones data. And while creating raw SQL is hard and long, Skycatch allows to do it in an easier way and simplify data extraction from websites. Andre Deutmeyer and the team of 20 developers had the task to architect and deliver data to customers quickly. They chose Node.js and basked in wins, like:

Rick Adam, a team leader of 25 developers at Lowe’s, had a task to manage apps at presentations tiers. In order to rebuild a monolithic app back in 2007 company chose Node.js as in those days even minor changes in an app text required the whole app to be patched, while Node.js provided flexibility in that regard. This choice resulted in the following:

What is Node.js used for

As with Node.js one can use JavaScript on the server, this means one can write JavaScript outside the browser. Additionally, Node.js has the same strength as JavaScript. And it is based on events. These are the 3 whales Node.js firmly stands on.

We can build fast real-time apps like a chat, or an upload system, or any app that has to respond to big number of requests. And we already knew that by now, right?

So what can be Node.js used for actually? When to use Node.js and what is it good for? Well, here are few uses that you can name to clients, and examples of what could Node.js be used for.

Yet, Node.js is evolving fast and not only web application building is possible. Check out these alternative Node.js projects that are still in making.

And that is not all, dear stoic readers who are still reading this. Enterprise-scale businesses and projects are also embracing Node.js.

We have already mentioned Walmart, Paypal and Netflix. Fast delivery and iterations are what Node.js enables and what makes it stand out. Top developers, loving all things new, and who can do anything in JavaScript, like the high performance of Node.js. One famous example was the choice of Bill Scott, who is now VP at PayPal, when faced with a career choice.

Why go to Facebook and do PHP, when you can go to Paypal and do Node.js. — Bill Scott, VP of engineering at PayPal

So why enterprises alike go with Node.js? Reduced page load times, ease of maintaining, the number of servers reduction might hold some answers. In addition, a new architecture type of Node.js, called micro-services, helps in handling numerous changes to enterprise software. Under this approach, you can create applications from smaller pieces, and develop those pieces separately. No harm to overall functioning.

There are also developers who prefer full-stack unified solutions. In practice, top 4 technologies used along with Node.js are:

What are the potential application areas of Node.js?

Basically, any business using Node.js can: employ less developers, use less servers, decrease page load times. For more thoughts on this, you may watch the next video, where CTO and architect manager of Nodesource talk about Node.js.

Node.js in production, dos and don’ts

One final thing in our trip to Nodeland are some practical advises about running this toolset. We should start with process managers to deploy applications. To make your life easier, use NPM, PM2, Adios, Strongloop or any other Node.js production manager.

Don’t do apps heavy on CPU with Node.js. Programming things like artificial intelligence (AI), video encoding software, and such software that loads the processor, better use another solution. Node.js has a 1.5 Gb memory limit, though you can apply clustering to fork processes into smaller ones.

Node.js servers are not great for computational and data-intensive tasks. Thus, it is better to split such tasks into micro-services and deploy separately.

Don’t run a Node.js app through port 80. Use a reverse proxy in front of the app, like Nginx for example. In this way you protect servers from internet traffic and spread the load balance.

Install SSL for security reasons. Always use a reverse proxy, check vulnerabilities in SSL and fix the possible issues. Do basic security checks from time to time. Do not use outdated versions of Node.js and Express.

Think of infrastructure and architecture ahead of app deployment. Experts recommend developing an application within a private network (VPN), so you can allow only trusted connections.

You probably ask a rhetorical question: why on Earth have we poured our souls out about Node.js? The answer is simple — we love both Node.js and JavaScript. At ThinkMobiles, we like developing web and mobile applications using this language. We like Node.js for its ease and speed, for cross-platform nature.

Thank you for reading. If you like leave some ?.

If you want to read more check out here. 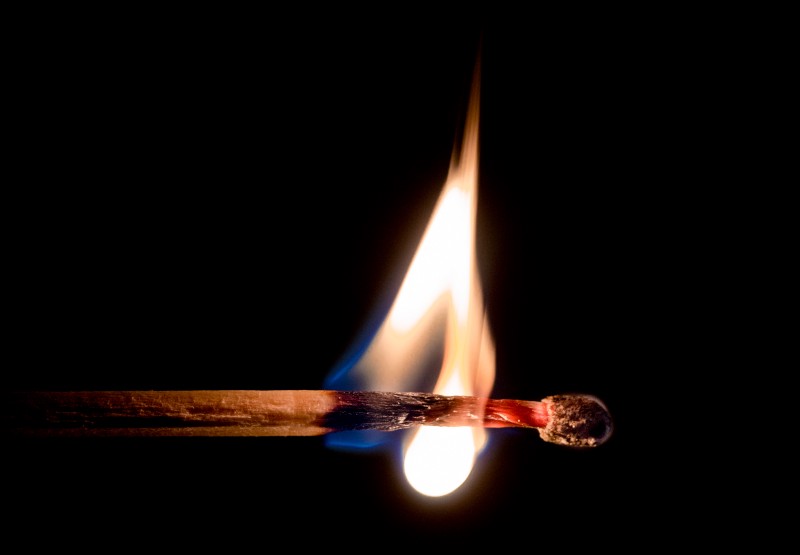